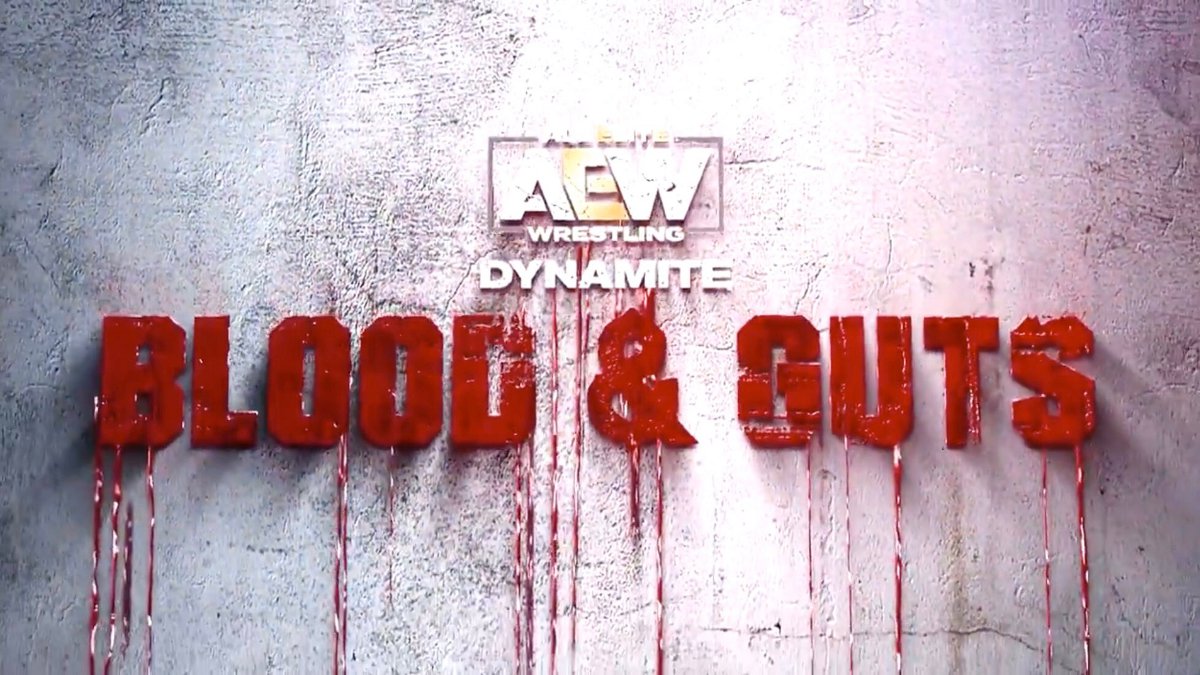 ESPN held a recent interview with AEW CEO Tony Khan. One of the topics discussed included Khan’s current plans for the next Blood & Guts match in AEW.

Khan also gave his thoughts about when the next Stadium Stampede match might take place in AEW.

“That I’ll have to get back to you on. I’ve thought about it. It’s a very different wrestling world now than it was during the pandemic. I think it’s a great match, a signature match for us that people really enjoyed. But some of the reasons we presented that match were because of the challenges that existed in the world because of the pandemic, as far as presenting sporting events with live fans. That doesn’t really exist in this live-event pandemic.”

Khan also revealed that he recently held talks with UFC regarding a potential integration with AEW’s upcoming Double or Nothing 2022 event this May in Las Vegas, Nevada.

“I asked them to come. I don’t know. We’d have to see. If we could find a way to make that work, I think it would be great. I’m just excited to be out there for the week. Hopefully I can see UFC president Dana White and UFC chief business officer Hunter Campbell in Vegas. It’s always great to have them here in Jacksonville for UFC 273 this weekend. This will be the first time I’ve gotten to go back to Vegas since the pandemic started. When I’m out there, they’re definitely people l look up. The only people I’m racing to talk to when I’m out there are Dana and Hunter. It used to be Jon Moxley and his wife Renee Paquette, but they moved to Cincinnati.”

A recent fan virtual signing event for Captain’s Corner had Ortiz as the guest. One of the topics discussed included Ortiz revealing the reason why his and Santana’s tag team entrance theme in AEW was recently changed.

“We’ve been very fortunate to know rappers, shoutout to Bodega Bamz, he was our first entrance music. We had to change it. A lot of people asked why we changed our music. We were having a lot of issues because Bodega Bamz put up our theme song on Spotify and other streaming services. YouTube would get flagged every single time we would do Dark or a clip of our song would be on YouTube, it would cause issues. If they put up a three-hour Dark: Elevation [show], if our music played, they would flag the whole entire three-hour Dark: Elevation because of our music. We were having so much issues, which is why we changed our theme song.”

The Dallas Morning News held a recent interview with FTR’s Dax Harwood and Cash Wheeler. Some of the topics discussed included FTR’s thoughts on the online criticisms over AEW’s large roster and the current status of Wheeler’s arm injury recovery.

On the topic of the online criticisms over AEW’s roster growth and size, FTR stated:

Dax Harwood – “I think that Tony Khan is trying to assemble the greatest roster in the world, one of the greatest rosters he possibly can because he wants to put on the greatest product that he can. And anyone who complains about that, I’ll say they are a fool. Because he’s doing this – he spent a [expletive]-ton of money to bring back CM Punk. You think he did that for himself? Or do you think he did that for the enjoyment of the fans and he wanted the fans to be happy? I think it’s the latter part.

And, on top of that – I’ll say it and I’m not worried about getting heat because nobody can kick my ass – if any of the wrestlers are upset because of all the guys coming in, well, step up. I want [Khan] to bring in every great tag team in the world right now because that’s competition for me. And I want to show him and I want to show the millions of people around the world – we say it with all the humility going out of our bodies – there’s nobody better than us. So, I hope Tony keeps bringing in talent. I hope he brings in the greatest talent from around the world because I want to sit that talent down and say, ‘Watch this. We’re better than you are.’”

Cash Wheeler – “He’s got two rosters now to fill, which you’ve got to keep in mind. He’s got to fill two full rosters. But, like Dax said, AEW is still in its infancy. When AEW started, they had to build from scratch. And you don’t know who’s going to work on TV, who’s not going to work on TV, who the fans will accept and who they won’t. So, you’ve got to just sign everybody and hope after a couple years you’ve kind of got a better read on everything – what’s established, what isn’t.

You can’t plan for things that are completely unexpected. So, some of these names that became available to him, he never could have foresaw that coming. None of us could. So, when it was available, he would be a terrible businessman to not pursue that because it’s going to make his company better. And it’s going to make his talent better because now they have another brain to pick. He’s not signing schlubs. He’s signing people that can help. A lot of the talent we have right now, also, are very young talent. They don’t need to be exposed every week on TV to make those mistakes. They need some YouTube shows, they need some independent shows, they need some ROH shows that might not be on TBS in front of a million people or more. They need the exposure before they earn that right to be on AEW television.

Yeah, he’s got two rosters to fill out. He’s got some young talent he’s got to get seasoning on and grow. He’s got established talent that he’s finally getting where he needs. And it’s going to weed itself out over time. There’s going to be contracts that aren’t renewed. And that’s OK. He’s honoring the contracts still. They don’t need to be told anything other than, ‘We’re not renewing.’ We’re journeymen. We go from one place to the other if it doesn’t work out, but if you want it bad enough you’ll get another opportunity somewhere. You just have to go out and get it.”

On the topic of the status of Wheeler’s arm injury recovery, Wheeler stated:

“It’s not too bad. It’s progressed. There’s still going to be some weirdness to it, some tingling and just a little bit of grip strength stuff still. But, all in all, it’s fine. I can tape it up and even without being 100%, we’re the best tag team on the planet. So, it’s not going to stop us.”