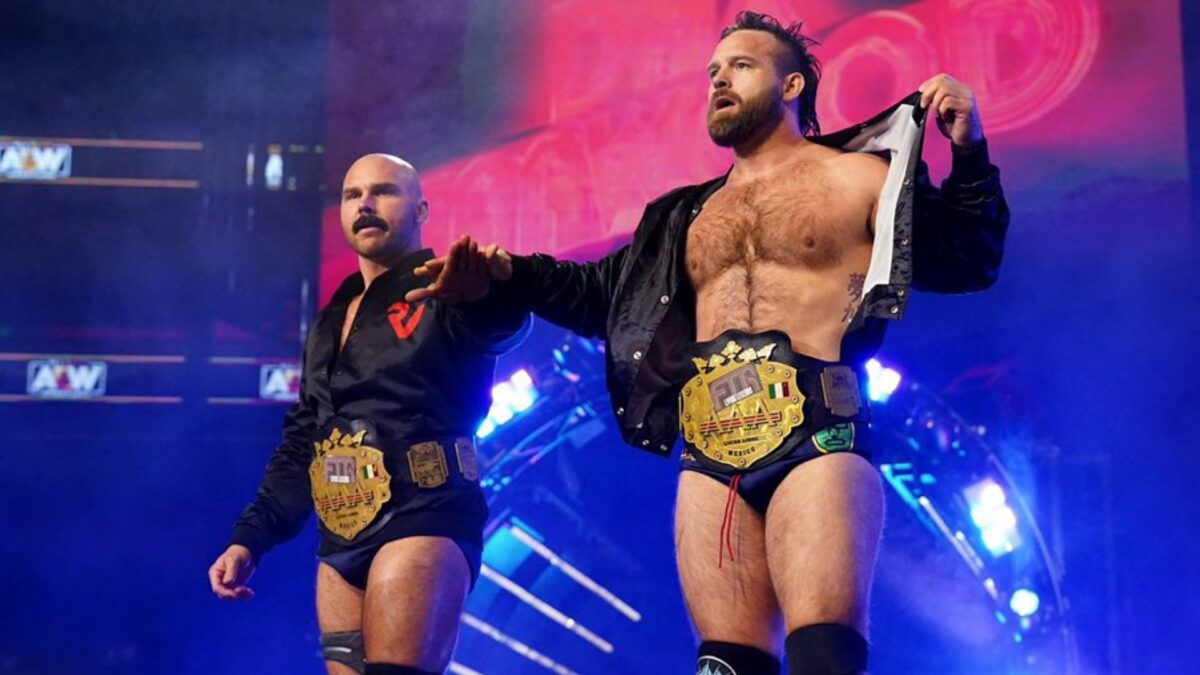 Dave Meltzer reported in this week’s Wrestling Observer Newsletter that AEW’s usage of Lucha Libre AAA’s World Tag Team Championship belts involving AAA talent is based on a mutual agreement between both companies.

Meltzer reported that when FTR won the AAA World Tag Team Championship, AAA officials had plans in place for FTR’s reign as champions but those were changed due to several issues including Rey Fenix’s arm injury. AAA officials reportedly did not have any problems with AEW’s booking of a feud between the Young Bucks and FTR for the AAA Tag Team titles as long as it maintained their long term plans for the belts. AAA officials reportedly also did not have any issues over the possibility of the Young Bucks defeating FTR for the belts since it would not have caused any major changes to their plans for their upcoming Triplemania XXX: Monterrey event.

In regards to FTR defeating the Lucha Brothers for the AAA World Tag Team Championship this past October, Meltzer reported that this was Tony Khan’s idea but AAA officials were fine with it and both sides worked out the storyline for the title change.