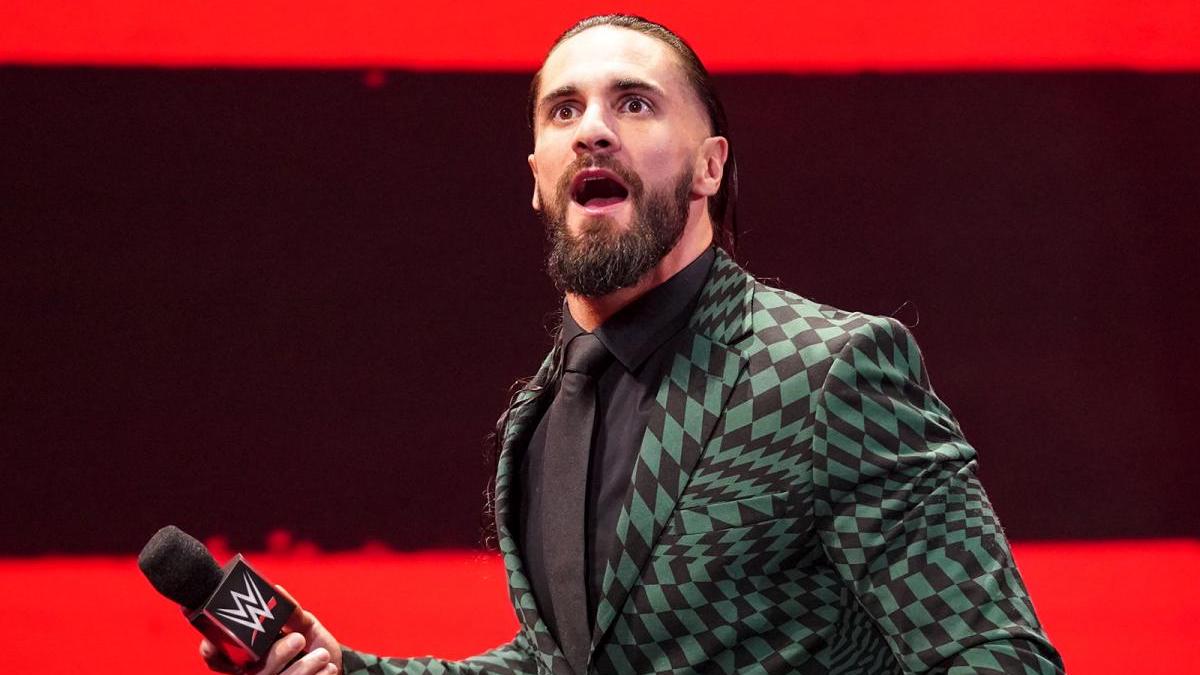 A recent episode of the Sports Illustrated Media Podcast had Seth Rollins as the guest. One of the topics discussed included Rollins revealing that his storyline for WrestleMania 38 was a lot closer to the truth in regards to his uncertain status for the event.

“You do what I’ve been doing and you try to make it work. That’s what I’ve done the last few weeks, try to work my way into WrestleMania. People say, ‘this is ridiculous, this is preposterous, you’re Seth Freakin Rollins, how can you miss WrestleMania?’ If you only knew how close to the truth this storyline was, your mind would be blown. This is a very legitimate situation for me. The pieces went haywire at Day 1 in Atlanta. COVID blew the whole thing up, you see Brock Lesnar walk out with the WWE Championship, all hell broke loose, and its dominoes. Everything has to fall. Bobby Lashley gets hurt. Everything is chaos after that. This is a very legitimate situation that has translated to screen time every Monday and it’s been a fun story because it’s the only match that is up in the air. It’s the only thing you can follow every week and go, ‘what’s going to happen next? What are these weird crossroads we’re going to get into to get into the finish line?’ It’s been fun. Not my ideal way to go into WrestleMania, it’s a lot of extra stress, but it’s been a party and we’re going to get there one way or another. I’m very excited to get to Dallas and I’m going to have my WrestleMania moment one way or the other.”

Rollins also gave his thoughts about his upcoming match against a mystery opponent at WrestleMania 38.

“It’s going to be a moment. One thing I’ve learned on this journey to try and find my way to WrestleMania is that, I am Seth Freakin Rollins and I am the moment. You look at WrestleMania over the last eight to ten years, and all I do is make moments. It doesn’t matter who I’m in the ring with or what we’ve got going on, I find a way to make moments. I am the moment. I am my own main event at WrestleMania. Anybody lucky enough to share the ring with me has a good chance to steal the show. You can run down the laundry list of my past WrestleMania accomplishments, but it’s right there in front of you. It too me a while to see that, but I am WrestleMania. I’m the new Mr. WrestleMania. Shawn (Michaels) had his time, he’ll always be the original Mr. WrestleMania, but look at the track record the last decade. They don’t get no better than me.”

As noted before, WWE held a big meeting with their talent this past Thursday in Dallas, Texas. This meeting revolved around new changes made to WWE’s pay system for their talent and also featured Paul “Triple H” Levesque in attendance.

United Kingdom based newspaper Metro held a recent interview with Kevin Owens. One of the topics discussed included Owens confirming that the reports of WWE holding a recent talent meeting are true and gave some details regarding Triple H’s speech during the meeting.

“Triple H, we hadn’t seen him in so long. Yesterday, we had a talent meeting. He came back after not seeing everybody for a long time and he spoke about everything that he’s been through. The message he had was, ‘Take the time to enjoy this.’ Man, that really resonated, but I’d already tried to frame myself that way for the last little while. It really changes everything, once you change your perspective on things.”

WWE reportedly is currently working on potential plans for a new major heel stable for their RAW brand, according to Fightful Select.

It was reported that WWE’s creative team recently held talks over the idea for Edge to be the leader of a new potential heel stable on RAW. It was also reported that this idea is part of WWE’s overall plans to add more to Edge’s presentation following his recent heel turn.

One of the notable names discussed as potential members of this new stable reportedly was Damian Priest.

While no date was given on when this group might debut, it was reported that their sources stated that the group’s debut could be imminently.