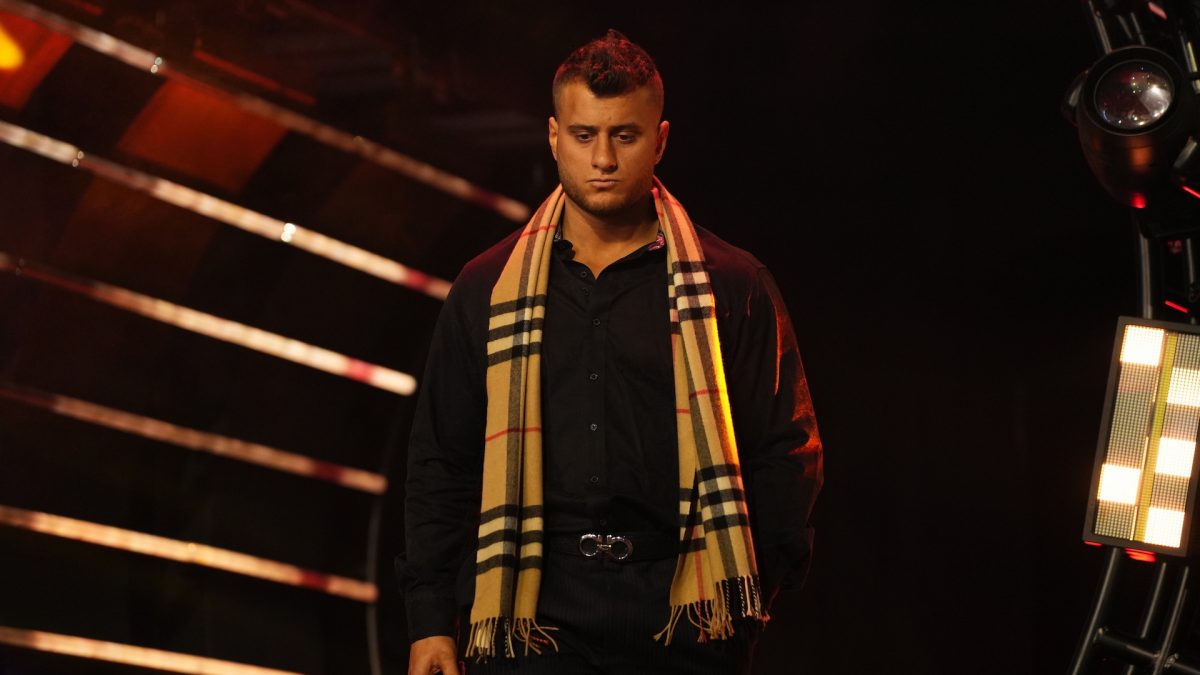 AEW talent MJF reportedly is currently leaning towards leaving the company once his current contract expires, according to Fightful Select.

It was reported that their sources stated that the backstage situation between MJF and AEW officials over MJF not being happy about his current contract situation and pay scale has not improved since MJF and Tony Khan’s heated discussion incident this past March. Those same sources also stated that while there has not been any frustration from Khan since the incident, MJF still had some lingering frustrations.

It was also reported that while MJF and AEW have had some progress on MJF’s future status in the company, many people backstage currently do not believe that MJF and Khan are as close as they were prior to the heated incident.

Jack Evans on His AEW Career & Recent Departure from the Company

A recent episode of the Insight with Chris Van Vliet podcast had former AEW talent Jack Evans as the guest. One of the topics discussed included Evans thoughts on his time in AEW and how his AEW salary had made him feel “soft” and “a bit lazy.”

“I feel for that first year, the run went good and we had a little place of semi-comedic tag team, not straight comedy, but we were doing stuff with Kevin Smith and we had a place. Then there was the Mexican border. Me and Angelico got stuck in Mexico and it got closed for the COVID restrictions. We had a four-month layoff, I came back, had one match, and then in practice before a match, I got my face broken again. Then, I had another month and a half, two-month layoff and I feel after that, I never came back. I feel I deteriorated. I can’t even blame it on ring rust. I don’t know what happened, but after that, I never came back, we never had the same momentum, but it wasn’t one of those things where I felt like I was wrestling good and the momentum didn’t get started. I felt like I had deteriorated in the ring and it started giving me these self-confidence problem. Anyone who knows me, who has been in the locker room, I’m so nervous before my matches. I dry heave. I’m the most annoying guy in the locker room. When I step through the curtain, 100% confident and even cocky. With this thing, I’d go through the curtain and still be nervous as hell. After the COVID layoff and the layoff from the face break, I feel on a personal level, I never came back to wrestle like me, both character, in-ring, anything. Also, that salary contract made me a bit soft. There was even a little while where I got plump. I kind of fell off after that layoff and I only started getting back on the ball towards the end and by then, the company had already made up his mind on me. I did get kinda, not lazy in the ring, but I wasn’t as good in the ring and I was lazy outside the ring. It all started with the original COVID layoff and face break layoff.

It made me soft. Totally no fire, nothing. I just wasn’t going down and doing the lucha training, I used to always practice a little something to keep up on my skills, and I didn’t. I went through eight or nine months of nothing. The only exercise I would get was in the ring. I really do think it was my fault for getting too [internet connection issues]….basically, after I started getting that salaried money, I turned a bit lazy and I feel it was bad for me and helped speed along in-ring deterioration.

You have to be realistic with yourself or else whatever problems it was, isn’t going to get solved and because I’m such a nine to five wrestler, I don’t really have anyone else to blame, except for one incident with Ken, where I busted open his lip, which I apologize to hell for. I have no heat with anyone, that I know of anyway, there’s no one politicking against me, so I’d have to really stretch it to be like, ‘Oh, it was Chris Harrington,’ even though it wasn’t. Part of the self-awareness is, I don’t have another option of anyone to blame because I’m not knee-deep in the politics. If I’m getting released and Angelico is not and we were always together, in the same meetings, talking to the same people, who are you going to blame? It’s kind of obvious who the culprit is.”

On the topic of if his career in AEW would have turned out differently had he not missed four months due to the COVID-19 pandemic, Evans stated:

“I don’t think, in the end, that would have changed anything. In the end, it really came down to me having an extended period of laziness. During that period, I probably would have been used more and maybe I would have stayed on the ball more if I didn’t have that big layoff. I really think, I didn’t have the right mentality when I was on salary. It felt like it was going to last forever.”

Evans also gave his praise to AEW for honoring the full length of his contract with the company.

“100%. I like that they honor the length they told you they were going to give you.”

TNT, TBS, and truTV General Manager Brett Weitz reportedly is currently in the process of leaving WarnerMedia, according to Deadline.com.

It was reported that Weitz will be transitioning out of his role in the next thirty days and the reason for his upcoming departure is due to Discovery’s recent merger with WarnerMedia. Weitz’s position in WarnerMedia reportedly had been eliminated following the recent restructure of the U.S. Networks Group Division under Discovery’s Chief Lifestyle Brands Officer Kathleen Finch.

Weitz reportedly had been a very influential figure within WarnerMedia who helped expand AEW’s presence within the company during his time as General Manager.

Prior to his position being eliminated, Weitz had been the General Manager of WarnerMedia since 2019 and had worked in the company for the past fourteen years.