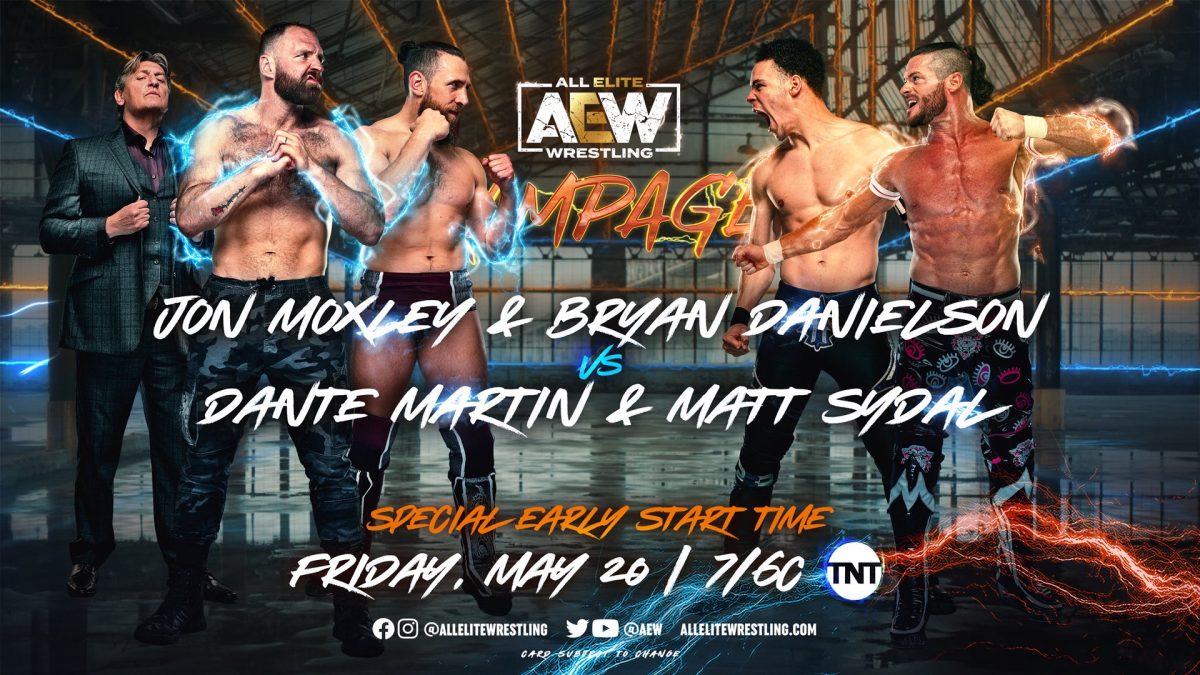 AEW taped this week’s Rampage Wednesday night after Dynamite. This week’s episode will air at 7 PM ET because of an NBA playoff game on TNT.

Scary moment at the taping of #AEWRampage as Bryan Danielson’s leg got stuck between the ring and the ramp and was trapped for over 10 minutes after the show ended #AEW pic.twitter.com/zRpGwibQ0i