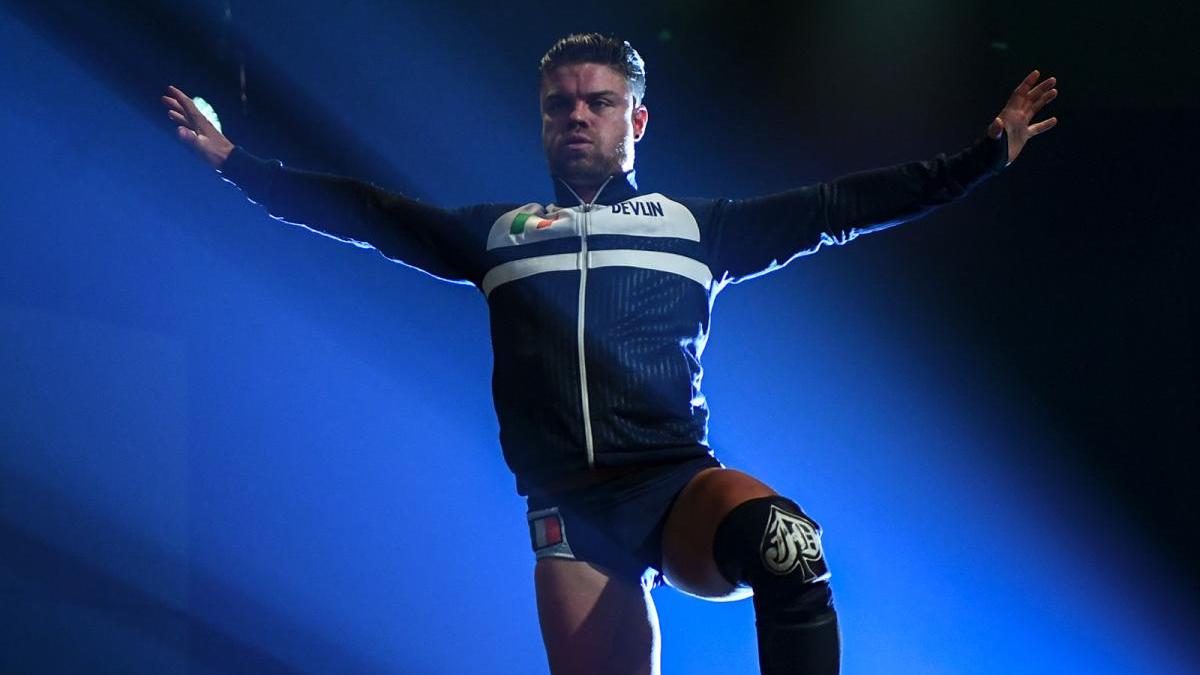 Jordan Devlin lost a Loser Leaves NXT UK match to NXT UK Champion Ilja Dragunov on today’s NXT UK episode, and he can no longer compete in NXT UK as per the stipulation.

Dragunov beat him via Torpedo Moscow in a match where his championship was also on the line.

It’s unclear if Devlin will move to regular NXT, but other NXT UK wrestlers have recently moved to the NXT roster, including Pretty Deadly and Nathan Frazer.

Devlin had been on the NXT UK roster since its inception in 2018.