More on Sasha Banks & Naomi Walking Out of RAW 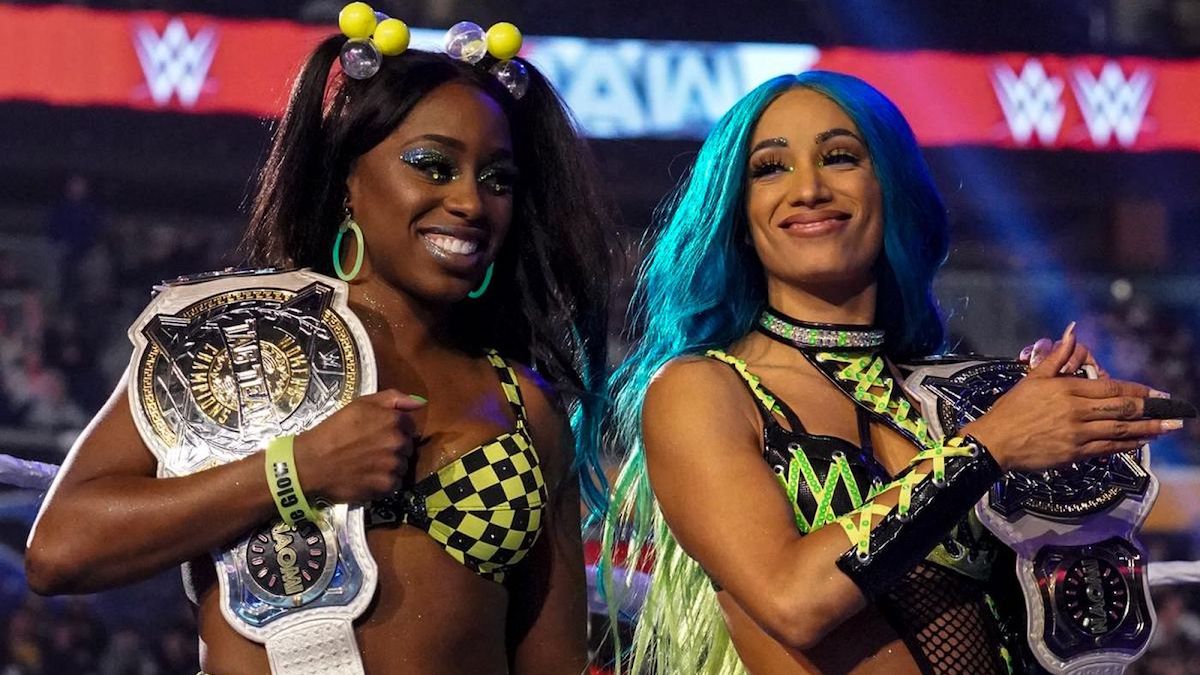 As noted before, current WWE Women’s Tag Team Champions Sasha Banks and Naomi were involved in a backstage incident prior to the start of Monday’s episode of RAW in Norfolk, Virginia. This incident involved Banks and Naomi walking out of the show following backstage creative issues over WWE’s plans for a Women’s Six Pack Challenge match on the show.

PWInsider’s Mike Johnson reported that his sources stated that WWE’s original plans for the match was for Naomi to pin Banks to win the match and enter a RAW Women’s title feud with Bianca Belair. These same sources also stated that WWE officials were considering plans for Banks to enter a SmackDown Women’s title feud against Ronda Rousey that would have most likely kicked off at this upcoming Friday’s episode of SmackDown. WWE officials reportedly already had plans in place for both Naomi and Banks to lose their respective title matches at next month’s Hell in a Cell 2022 event.

Naomi and Banks reportedly took issue with the creative plans for having the WWE Women’s Tag Team Champions be booked solely just to put over the RAW and SmackDown Women’s Champions instead of giving the rub to a women’s tag team.

Johnson reported that his sources stated that an alternative idea pitched following some intital concerns over the creative plans for the Six Pack Challenge involved Naomi and Banks competing in a tag team match on the show instead and likely against Doudrop and Nikki A.S.H. to set up a different program for the Women’s Tag Team Champions for next month’s Hell in a Cell 2022 event.

Vince McMahon reportedly was sitting backstage in the gorilla position area when he was informed of Banks and Naomi leaving the show over their disagreement with the creative plans for the Women’s Six Pack Challenge match. The Becky Lynch and Adam Pearce backstage segment explaining the change to the show’s advertised main event match reportedly was pitched on the spot with one source stating that it was Lynch’s idea.

Johnson reported that the belief among some people spoken to is that the source of the issue was not with Banks losing to Naomi but how they would have been portrayed over the next several weeks on WWE programming. Banks and Naomi reportedly are very prideful of their team after spending a lot of time building up their team and took issue with WWE not having any real plans or direction in place for the team beyond just having them go off in different directions for short term singles feuds. Banks and Naomi reportedly were also upset over WWE officials also not having any real plans for what to do with the team after their singles losses nor their next potential Women’s Tag titles program after their upcoming Hell in a Cell 2022 event.