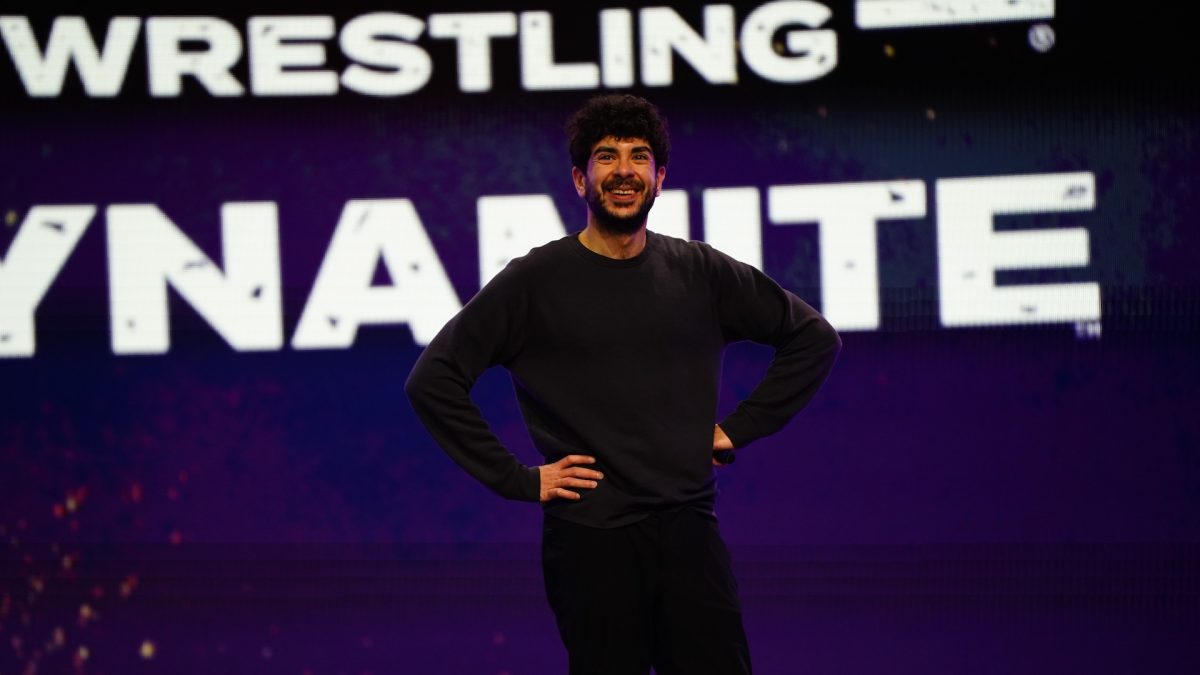 TSN held a recent interview with AEW CEO Tony Khan. Some of the topics discussed included if AEW currently has any plans for Bret Hart to make an appearance for the company, booking plans for AEW and NJPW’s upcoming Forbidden Door event, possibility of All Out 2022 not taking place in Chicago, future AEW event in Toronto, and AEW’s plans for a Trios Championship.

On the topic of if AEW currently has any plans for Bret Hart to make an appearance for the company within the near future, Khan stated:

“Not right now. I think Bret himself said that. First of all, we have a great respect for Bret Hart as a company and as individuals. A lot of the wrestlers here and myself respect Bret Hart as a great person and a great wrestler. He would always be somebody we would treasure whenever he’s around. He was involved in the first Double or Nothing [in 2019, when he unveiled the AEW World Championship for the first time]. He said he’s happy at home right now. It’s a great thing he’s got going and we’ve just got so much respect for Bret Hart.

It’s an honour to pay respect to Bret Hart and, of course, and it’s something that Dax and Cash and CM Punk in particular have bonded over and had great matches with each other and with other people along the way – Dustin Rhodes had a great match with CM Punk, also, that I think reminded some people of the matches he had himself with Bret in the past. Now there’s opportunities ahead for big matches with all of those people.”

“We’ve spoken for a while between our offices, and I talked to New Japan about collaborating on a show. We both wanted to do it and I think this was the time when it made sense because we have weekly television commitments and live shows every single week of the year…and New Japan gave us some dates when it made sense for them to be able to send people over. So, we circled it a long time ago and said this is the time, the window, the weekend when New Japan would be able to get the top stars in America for those people to make their debuts in an AEW environment, in a building where we had such an historic debut ourselves for the “First Dance” and CM Punk’s arrival in AEW.

We’re planning it together. We’re gonna be two-man keys and turn them together like a submarine. We’re going to agree to a great card of matches. For the two of us, I think it will be fun working with him…we’re putting stuff together and now we’re kinda taking our separate ideas and separate stories and trying to find ways to make everything work with our people getting involved on each other’s shows and our own respective shows and stories and staying faithful to the great things we do in AEW and the great things they do in New Japan Pro-Wrestling.”

On the topic of the possibility of AEW’s All Out 2022 event not taking place in its traditional location of Chicago, Khan stated:

“We’re going to talk more about that, but I think one thing for sure is that from the beginning, Chicago has been an awesome market for AEW and I’m very excited about doing lots of shows there. I think All Out is the biggest show we’ve ever done so far before on pay-per-view and it’s another one of our landmark events where we’ve reached our highest highs so far. We’ve got a great history there at the NOW Arena, formerly the Sears Center, in Hoffman Estates near Schaumburg, the northwest suburbs of Chicago. I think we can continue that, potentially, but on the other hand, there’s a lot of places around the world where All Out would be a great show and we’re going to continue exploring options here.”

On the topic of AEW potentially holding a future event in Toronto, Khan stated:

“I really want to get up to Toronto, and now I think travel restrictions hopefully will continue to ease and make it much more possible to bring in such a large crew of people – not just wrestlers, staff and coaches, but so many people involved in the production and backstage – with the travel and logistics involved,” Khan said. “It’s far more manageable, I think, today than it was six months ago or especially a year ago. So, hopefully soon we can get up to Toronto.”

On the topic of AEW’s plans for a Trios Championship, Khan stated:

“I saw Dave reported it and nobody’s asked me on the record yet, but it is truthful that I have made the belts,” Khan said. “I made them a long time ago, to be honest with you. They’ve never been seen, and I did have them made. I do have more championship belts in my possession that have never been unveiled than anybody might suspect. The TBS Championship was in my office for months at the shows before anybody knew it was going to be unveiled, for example, recently. The Ring of Honor purchase and now the great stable of champions[hips] and IP and, not only the legacy of past events, but the great slate of, I think, potential future events we can do with Ring of Honor and all that was kind of a surprise to everybody that we kept under wraps, that came together more quickly, whereas the trios championships are something I’ve thought about for a long time. But there are more championship belts than people might think that I’ve had up my sleeve and the trios championship are, arguably, the foremost.”