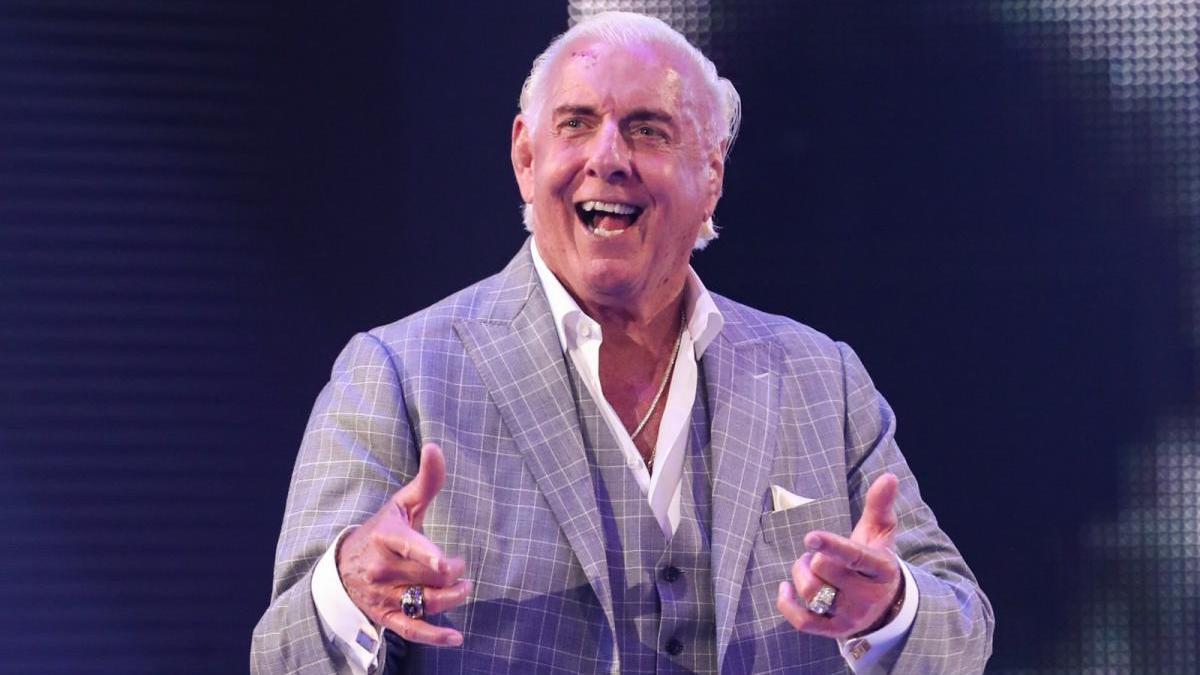 Ric Flair Comments on Criticisms of His In-Ring Return Announcement

A recent episode of the To Be The Man podcast had host Ric Fair discuss a variety of topics. One of the topics discussed included Flair’s thoughts on the online criticisms towards him over his recent in-ring return announcement.

“For the 30% of people that are worried about me getting in the ring and wrestling again, first of all, I assure you that I’ve been in the ring a lot more than I’ve shown on social media. I have to get quicker, I have to get faster. I’m in better shape now than I was, better shape now because I train with Rob, John Cena’s personal trainer, than I have ever been in my life, in terms of cardio. I’ve never been a cosmetic wonderboy, I am going to wear a shirt. I can assure you that, in two and a half months, I will put on a clinic of what real wrestling and what wrestling should be about. I’m never going to be able to do a moonsault, God bless those that can, I’ve never been able to do a lot of stuff, but work, punch, kick, fundamentally, what makes the difference between being good and being great, a lot of people are going to say, ‘Holy shit.’ Those that were doubters, are going to say, ‘Holy shit.’ Shame on you if you think I would put myself in a position to fail.”

Flair also gave his thoughts on his reasons why he decided to wrestle one last time.

“For the other people who don’t follow social media, they don’t see how much money I make from cameo. That alone, I can live on for the rest of my life. I just did a commercial for an image rejuvenation clinic, another commercial for Car Shield. My life is good. I don’t need the money, but I do like the glory. I’m never going to walk away from it if I have a chance to get myself over, I’m going to do it. It’s what I’ve been doing my whole life. Do you know how many times I’ve been written off and shit on by promoters since Jim Crockett Promotions closed down? If I can crash an airplane where the pilot was killed and two guys are paralyzed and get back on another plane and fly six months later, you can do anything. I almost died four years ago, I have a pacemaker, I almost died of a blood clot. Four heart operations in seven weeks. I’m good to go. I’m going to decide how I want to go. This is not for the money. I’m happening to make a lot of money because everything Conrad touches makes money. This is about me doing what I’ve done my whole life. I watch wrestling every day because I love it and respect the guys in it.

I called one heart doctor that I have the most confidence in, the guy I like the most, and I said, ‘I want to do this.’ The only thing I was worried about was getting enough blood with my pacemaker. He said, ‘Ric, there is enough scar tissue around that thing now, I believe it’ll hold. If you want to do it, do it.’ The other concern, which I haven’t had in a long time, is when I get dizzy, because of the inner ear problem, but I haven’t had that since I wrestled Edge in the ladder match. I have more self-confidence than I did when I wrestled Shawn (Michaels).”

This past Wednesday’s episode of AEW Dynamite featured Samoa Joe facing off and defeating “The Joker” for his Owen Hart Foundation tournament Quarter-finals match. This mysterious “Joker” competitor was revealed to be John Hennigan who competed under the name of Johnny Elite.

PWInsider’s Mike Johnson reported that his sources also confirmed that Hennigan has not been signed to a deal but AEW officials have left the door open to him for potential future appearances. Johnson reported that the AEWonTNT Twitter account tweeting out that Johnny Gargano was the “Joker” was just a simple mistake made by AEW’s broadcast partner since they run the account and not AEW.

Trademarks for “Giovanni Vinci” and “Gio Vinci” were filed by WWE on May 17th for wrestling and entertainment-related purposes.

A trademark for “Blood Moon Rising” was filed by AEW on May 17th for wrestling and entertainment-related purposes.

A trademark for “The Icon” was filed by Sting on May 16th for wrestling and merchandise-related purposes.