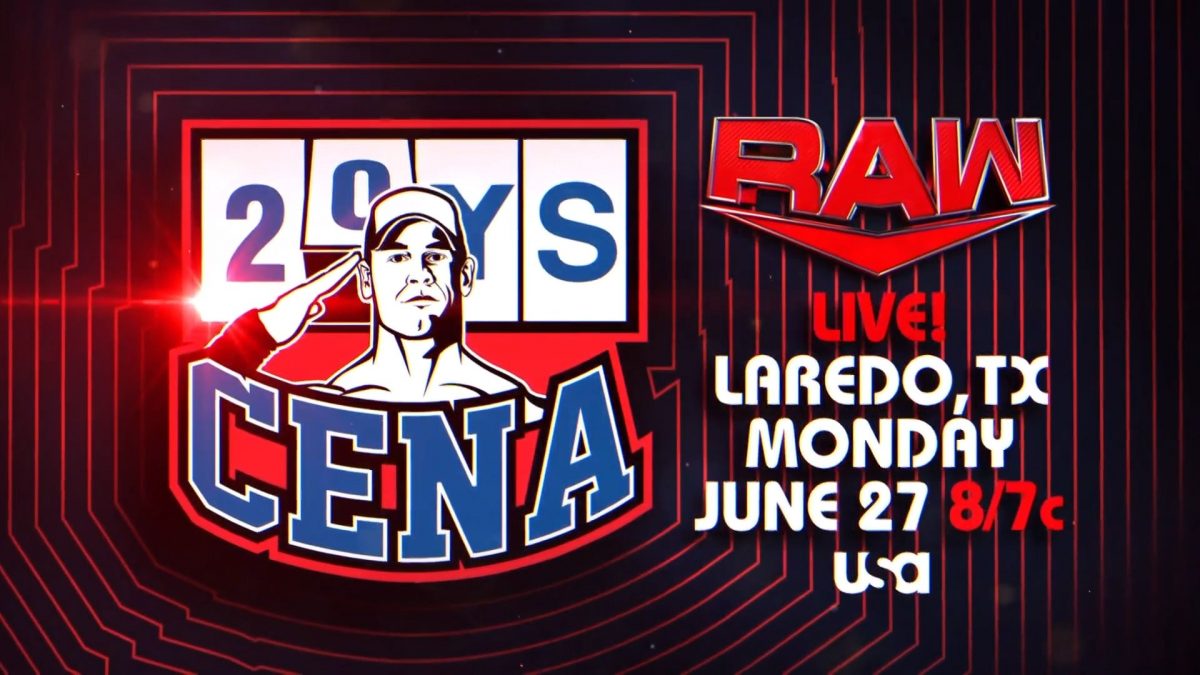 WWE announced tonight that John Cena will be appearing on the June 27 Raw in Laredo, TX to celebrate his 20 year anniversary with WWE.