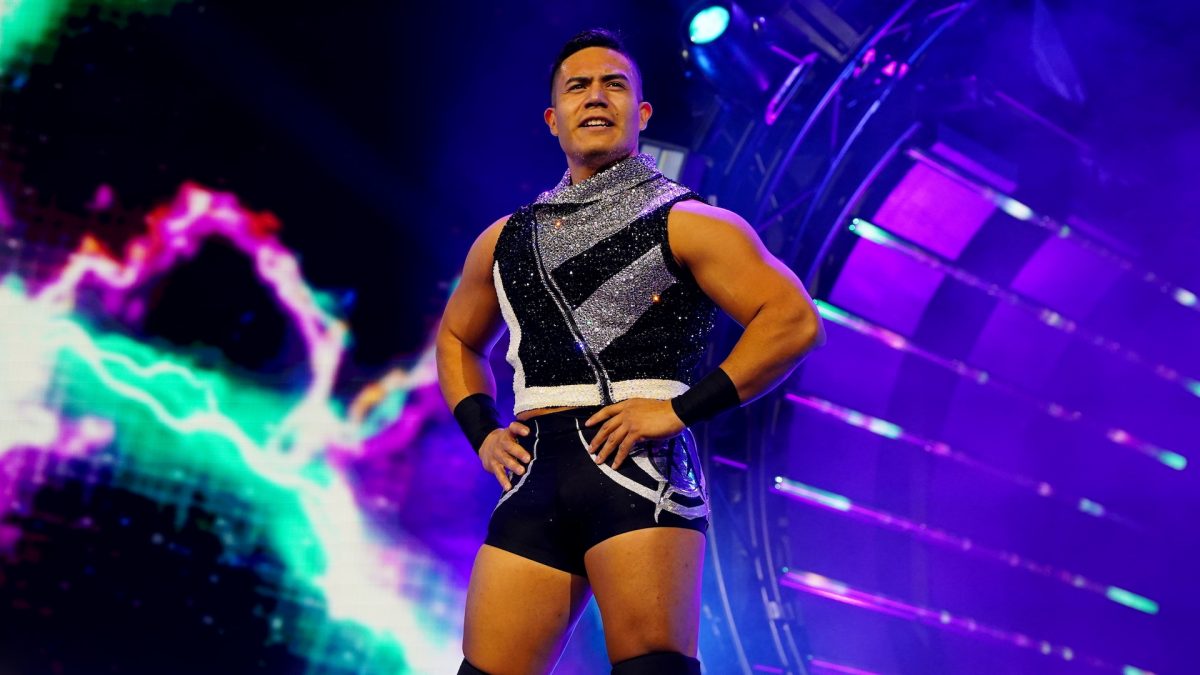 As noted before, Jake Atlas was involved in a domestic violence incident resulting in his arrest this past May in Orlando, Florida. Atlas had been out of action for AEW since this past January due to a torn ALC injury but his contract with the company was dropped following his arrest.

TMZ reported that Orange County officials recently dropped all of their criminal charges against Atlas. Atlas reportedly had been scheduled to appear in court for a hearing today but that hearing was cancelled following the investigation into his case. The official reason reportedly was due to prosecutors had decided that the case was “not suitable for prosecution.”

It was also reported that Atlas’ domestic violence case against him was also officially closed as a result.

Miro on His Delayed Return to AEW & AEW Contract Status

Fightful held a recent interview with Miro. One of the topics discussed included Miro revealing that he was originally scheduled to make his return from injury to AEW this past January but delayed it to pursue an acting job on the side.

“I feel great now. I was doing a little movie before, then I got my hamstring tweaked, we got the call, I had to fly in and do the Orange Cassidy match, I had this great opportunity for the world title. I took care of Orange Cassidy in a hurry, but I ripped my hamstring even further, and knowing I had to come back a week later to fight Bryan Danielson was maybe one of my biggest challenges so far in my career. Thankfully to Dr. Beau Hightower in New Mexico, he really got me up on my feet. I was barely walking and I had a week to prepare for that match. I was with him every day, a few hours a day, just to rehab the hamstring just to walk. A week later, it was okay. We had the Bryan match, and after that match, my hamstring was done. It was screaming, ‘I want to rest.’ That’s what happened, I needed some time off. I thought I was going to come back around January, that’s when we did those vignettes. Unfortunately, when you fall out of the wheel in AEW, our roster is so stacked with great guys and competitors, that I can’t be offended by it. I had a few acting gigs that I got taken care of. I had my time off, I loved my time doing that, but now I’m back and I want more than I had before

Miro also gave his thoughts about his decision to sign a new contract with AEW.

“They wanted me to sign a long-term deal for a reason and I signed long-term for a reason [laughs]. It’s a place where I can be creatively free and now the ball is in my court. My boss, Tony Khan, let me have that and said, ‘Hey, go do you.’ I feel that played a big role into my decision of being here. Everybody watching AEW knows that I am a world champion. I know it. I would be short-changing myself and TK, calling that I’m not that. I walk around with that mentality as well. I don’t want to sit around a collect a check. I want to create and evolve and to become world champion. Before that, I’m focusing on the All-Atlantic Championship, which is going to be even bigger than the World Championship. I love this place, Tony Khan believes in me, he lets me do me and doesn’t have to be involved in every single thing. I love that. I love working with him, I love the company, I loved the stacked roster, the opportunity…like 99% of these people I’m fighting now is for the first time. I love those challenges. I love every single time I step foot in the ring. Sometimes I have 30-45 seconds, but I make the most of it every single time. That’s what it’s all about. It’s not just about having great matches or having 20-30 matches that are great. We only have so much television. It’s about what you do with the 30-45 seconds you have. This is where I excel the most.

I gave Tony Khan a discount. I gave him a discount and said, ‘Tony, I will sign for this money because it’s the pandemic, but after that year and a half, we’re coming strong.’ I knew that he was signing the wrong guy. He was signing the Twitch guy. He’s basing his opinions on my Twitch and that’s where the whole thing with Kip started. I knew that wasn’t me. That’s just not who I am. I knew once the year and a half was over, I was going to show him who I am and what I’m capable of and we’re going to sit down and talk like men for men’s money. That’s exactly what happened.”

WWE talent Liv Morgan recently announced on Twitter that she will be donating all funds generated from her Cameo account for the month of July to the National Network of Abortion Funds, which is an organization that helps people in need of financial and logistical help to get abortions whether they are poor or live in a state that bans or restricts it.

PWInsider’s Mike Johnson reported that WWE talents Liv Morgan and Kofi Kingston will be appearing on the debut episode of G4 network’s revival of their Arena gaming competition television series, which airs on July 6th.

AEW announced that they and the Jacksonville Jaguars will be the official co-title sponsors for this year’s KultureBall event, which takes place on August 27th in Birmingham, Alabama.

DDT Pro Wrestling, Tokyo Joshi Pro Wrestling, and Ganbare Pro Wrestling held a press conference on Monday in Japan officially announcing that they would be allowing fans to resume verbal cheering at their events starting next month.

Impact Wrestling recently announced that Raven will be making an appearance for the company at their Against All Odds 2022 event on July 1st in Atlanta, Georgia.

Impact also recently announced a new match for the card of their Against All Odds 202 event on July 1st in Atlanta:

During a recent interview with Tokyo Sports, New Japan Pro Wrestling President Takami Ohbari stated that he would like to hold a Forbidden Door event in Japan at some point in the future.