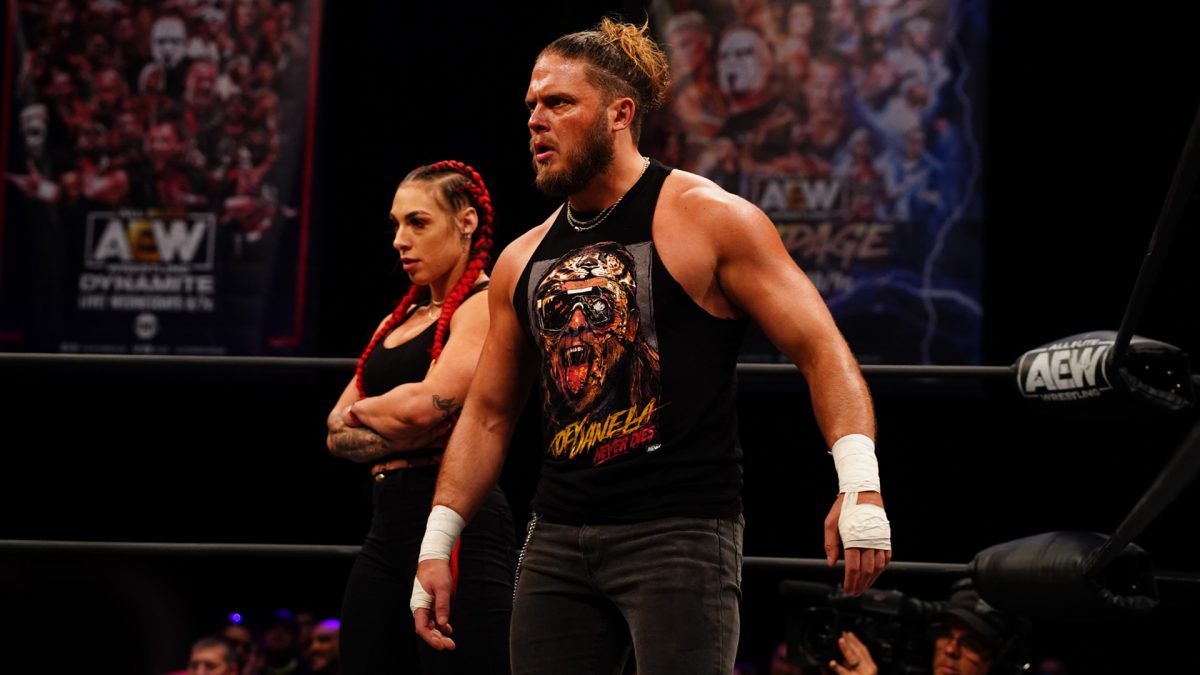 A recent episode of the Insight with Chris Van Vliet podcast had Joey Janela as the guest. One of the topics discussed included Janela’s thoughts on his recent departure from AEW and helping improve the backstage communication between AEW and their talent.

“Chances are, I was going to be renewed, whether it be with Ring of Honor, but I just ran my mouth in an interview saying, “I haven’t heard from anyone, what is going on? I guess I’m not getting renewed …

No, I heard Tony (Khan) was hot about it. It made him look bad, it made their talent relations look bad, but at the same time, it made them improve their communications with talent within that two-week period that I did that, communications were a lot better. I didn’t hear from anyone. I heard people were upset, but talent was hitting me up from the company saying, ‘You’re 100% correct, you spoke up, you’re correct and that was cool to take that risk.

Denise wanted an interview and I said, ‘Let’s just do it. I’ve had it, I’m stressed out, frustrated.’ It created a lot of good out of it and there is no…I haven’t talk to Tony since. That’s something that kind of irked me because we were so cool and after the AEW shows, when AEW first started, I would go out with him because he knew I would stay up until 7 in the morning with him drinking shots of tequila. I assume he’s still irked by it, but there is no hard feelings on either side. There are no bridges burned between me and AEW. I’m friends with all the talent there. I’m in contact with all the talent. Tony has a hard job. He wears a lot of hats. He’s not booking a traditional wrestling show, he has a huge roster, he’s signed some of the greatest free agents in the world. You have three hours of TV a week. When you’re not booking a traditional wrestling show and you want to book a TV show like a mini-pay-per-view every week, a lot of talent is not going to get time every week. They either have to sit and wait for something, sit out of the rotation, and go to work and be happy or they can try to pitch something, the creative route, or they can wait for stuff to come. Some of the guys there, they feel like they should be given more, which I believe a lot of guys are, but it’s hard to book a wrestling show when you’re booking it like a pay-per-view.

This past Friday’s AEW Countdown to Double or Nothing 2022 special drew 258,000 viewers on TNT, according to ShowBuzz Daily.

Legendary Japanese Deathmatch wrestler Masaji “Tarzan” Goto passed away this past Sunday at the age of 58 due to liver cancer. Goto’s wrestling career spanned from 1981 to 2022 and included notable stints in All Japan Pro Wrestling and Frontier Martial-Arts Wrestling. Goto was most known for his work as a deathmatch wrestler and for being involved in the first ever No Ropes Exploding Barbed Wire Deathmatch with Atsushi Onita in August of 1990.

During a recent interview with Yahoo Japan, New Japan Pro Wrestling talent Kazuchika Okada revealed that he and his wife Suzuko Mimori are currently expecting their first child this August. Okada also stated that he is currently considering taking time off from NJPW after the birth of his child. (English translation via Fightful.com)

PWInsider’s Mike Johnson reported that the Owen Hart Foundation Tournament Cup for AEW was designed and produced by the same company who had built the Crockett Cup for Jim Crockett Promotions.

G4 TV recently announced that AEW talents Adam Cole, Danhausen, Nyla Rose, and Evil Uno will be making an appearance on this Thursday’s episode of their Attack of the Show series. WWE talent Xavier Woods announced on Twitter that he would not be appearing on this week’s show.

Tokyo Joshi Pro Wrestling talents Maki Itoh and Yuka Sakazaki reportedly recently traveled back to Japan, according to PWInsider. Itoh and Sakazaki had been working in United States this past month for AEW and Prestige Wrestling.

Wrestling Entertainment Series recently announced that they have postponed their debut event in Nottingham, England from its originally scheduled date of June 4th to a new date of July 9th. It was announced that the official reason was due to scheduling issues related to The Queen’s upcoming Platinum Jubilee in the country, which takes place from June 2nd to June 5th.

As noted before, former wrestler Tammy Sytch was arrested this past May in Florida following a police investigation into a fatal car accident involving Sytch this past March. PWInsider’s Mike Johnson reported that Tammy Sytch pleaded not guilty to one count of DUI causing death (DUI Manslaughter, a felony in the third degree), one count of causing death while operating a vehicle with a suspended or revoked driver’s license (a felony in the third degree), four counts of DUI causing injury to a person, and three counts of DUI causing damage to property during a court hearing on Tuesday in Dayton Beach, Florida.