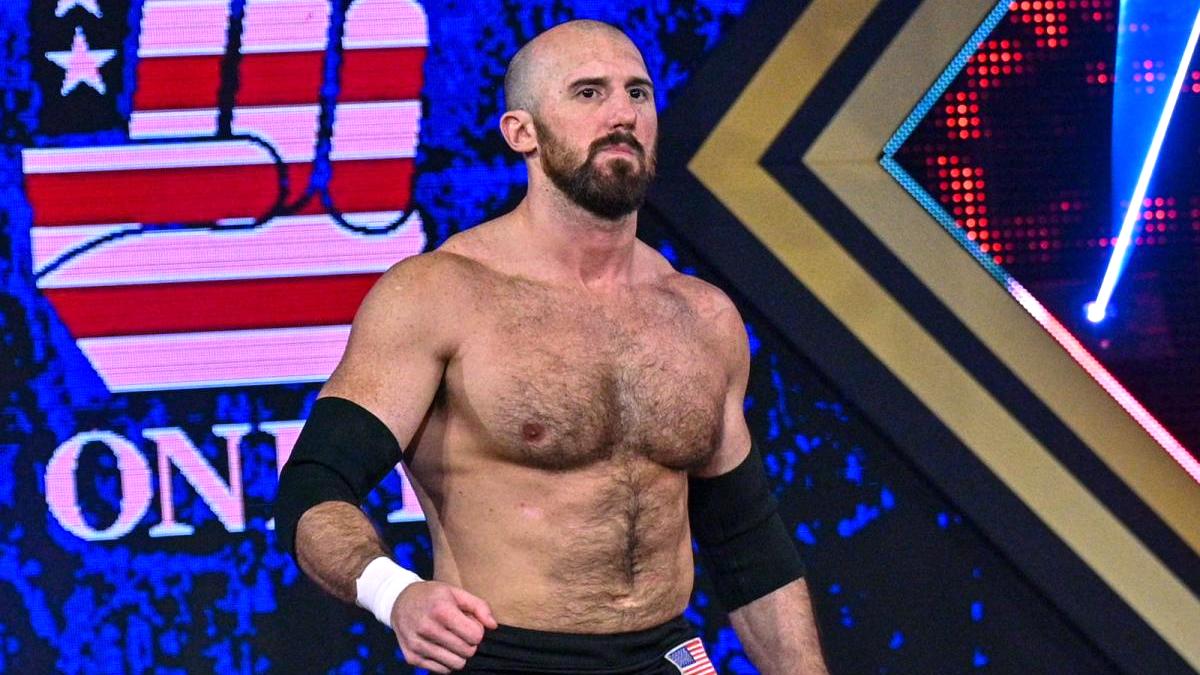 Biff Busick, former Oney Lorcan in WWE NXT, recently announced on Twitter that he is taking a break from his wrestling career. No other details were provided regarding the reason for his decision.

If you have contacted me about bookings, I apologize if I haven't immediately gotten back to you. I've decided to take some time away from performing in the ring. Thank you.

As noted before, Jake Atlas was involved in a domestic violence incident resulting in his arrest this past May in Orlando, Florida. Atlas had been out of action for AEW since this past January due to a torn ALC injury but his contract with the company was dropped following his arrest.

Atlas recently issued a statement on Twitter apologizing for his actions and any disappointment and issues he caused towards his fans and colleagues.

Atlus also stated that he recently completed an intensive outpatient program at LiveWell Behavioral Health in Florida for his substance abuse and mental health issues.

I want to thank those of you who will take the time to read this statement.

I’m issuing a formal apology for my wrongdoing and any hurt, disappointment and complications I may have caused to my colleagues and fans.

As incredibly difficult it is for me to publicly disclose very personal and private information, it is Imperative that admit to my alcohol abuse and provide transparency about my deteriorating mental health. I have accepted that my anxiety and depression led me to detrimentally self-medicate for the last 7 years. In addition, a lot of unresolved trauma resurfaced for me recently that was fundamental to the development of some extremely negative core beliefs and I was inadequately able to manage.

An incident occurred a couple or months ago that I am 100% not proud or; I take complete responsibility and accountability for the situation and my actions, I recognize that the state of being intoxicated does not excuse my behavior. I made a terrible mistake. I hurt people I love and it’s something I deeply regret.

The only clarity I wish to provide specifically about what circulated online is this: the relatonship is not abusive in any way, shape, or form and this events certainly not a reflection of my character. One can read a report and choose to take the information for what it is, but to speculate, draw conclusions, and create a narrative that has no merit only adds further damage to those involved. This was a situation that was already being, and continues to be dealt with privately, so it is with great humility that I ask the respect of that privacy going forward.

I would like to share that I have successfully completed an intensive outpatient program at LiveWell Behavioral Health in Florida. I self admitted with a dual diagnosis in substance abuse and mental health. The treatment consisted of 10 hours of group and individualized therapy every week for 5 weeks. The next step in the program is to attend 1 group session a week for 3 weeks and continue individual outpatient therapy thereafter. My time there has been nothing short of extraordinary and life changing – a phenomenal first step in my recovery.

I am human and that makes me flawed. I believe in second chances, I believe in redemption, and in turn. I believe in personal growth. express mv gratitude to those who have reached out to me. I have made exceptional progress and I am excited for my future. I have full faith for a positive outcome from this journey as I continue my sobriety and the process of healing with the support of my friends, my family, and my partner.

“Yesterday I was clever, so I wanted to change the world. Today I am wise, so I am Changing myself” -Rumi

This past Wednesday’s episode of AEW Dynamite Fyter Fest Week 2 special featured a promo segment by FTR. During the promo, Dax Harwood told an emotional story involving his daughter being born with a hole in her heart and her fighting hard that resulted in her not needing surgery and the hole eventually closing on its own. Following the show, Harwood announced on Twitter that all of his royalties of his new shirt merchandise will be donated to the American Heart Association.

Ring of Honor reportedly has sold around 2,498 tickets for tonight’s Death Before Dishonor 2022 event in Lowell, Massachusetts as of this past Thursday, according to the Wrestling Observer Newsletter.

DDT Pro Wrestling recently announced that they have pulled Yuki Ueno from the card of their event this Sunday in Tokyo, Japan due to him recently testing positive for COVID-19.

Athletic Brewing announced that they have recently signed a sponsorship deal with Jon Moxley to help promote their non-alcoholic beverages.

Major League Wrestling recently announced that they will be holding an event called Super Series on September 18th in Atlanta, Georgia.

Limitless Wrestling recently announced that they have pulled JD Drake off the card of their Crunch Time event today in Yarmouth, Maine due to recent schedule conflict issues with Ring of Honor.