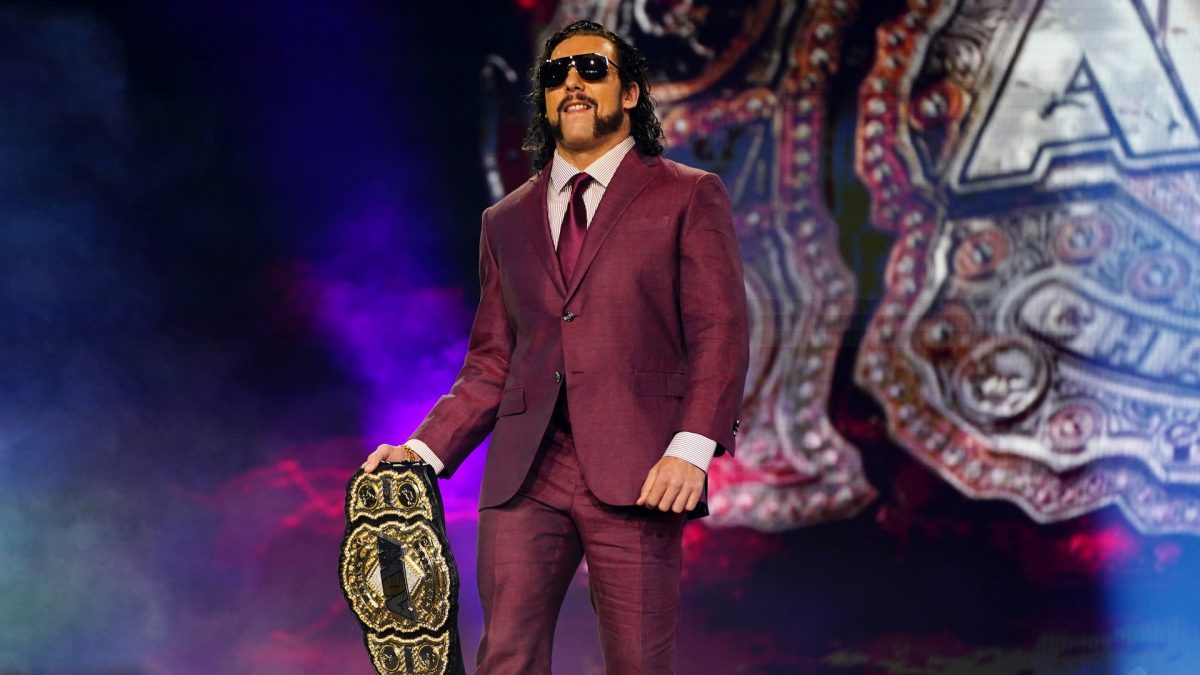 Kenny Omega Comments on the Wrestling Progressing Away from Storytelling

CEO Gaming held a recent streaming session on Twitch with Kenny Omega as the guest. One of the topics discussed included Omega’s thoughts about wrestling moving away from storytelling as the sport progressives.

“That is why I was confident doing everything throughout the Hangman story. That was a story about human lives. I feel as wrestling has progressed, it’s become less about those, a lot. If we just become physical vessels that are supposed to throw each other at the wall until everyone goes ‘kersplat’ and don’t get up again, that’s the kind of wrestling I can’t do anymore and when I have to know that it’s time to pack it in. We’re going there already and there are people trying to convince you that those are the best matches and five star matches. We have to be careful.

It’s not to say it isn’t possible, I just feel, this entire generation is gearing towards that one side of things. Now that the athlete in wrestling is of a higher level and there’s less emphasis on character and physical presence, as difficult as it is to be that athletic daredevil in the ring, we have so many gifted and natural athletes that it actually is the easier route. Peak satisfaction, for a lot of fans, is when they do get those storylines and when those storylines pay off. Maybe some fans have forgotten about that, but I would like to have the chance to remind them when I come back while hopefully still being able to deliver in the ring.”

Major League Wrestling reportedly is currently working on securing a new media rights deal for the company, according to the Wrestling Observer Newsletter.

These same sources also stated that this was the reason why MLW cancelled their July 16th event in Cicero, Illinois since they did not want to tape any new events until right before the new deal kicks in. MLW’s next tapings is currently scheduled to take place on August 27th in El Paso, Texas.

As noted before, former MMA fighter and WWE wrestler Cain Velasquez was arrested following an attempted murder shooting incident this past February in San Jose, California. Velasquez is alleged to have attempted to murder a man named Harry Eugene Goularte, who had been charged with molesting a close relative of Velasquez. MMAFighting.com reported that Velasquez’s plea hearing was recently rescheduled to a new date of August 19th. MMAJunkie reported that a civil lawsuit was recently filed against Goularte, his business Certified Custom Concrete, his mother Patricia Goularte, her business Patty’s Childcare, and his stepfather Paul Bender over allegations of general negligence, negligent hiring, supervision, retention, training and investigation, sexual battery, and sexual misconduct/sexual harassment.

Sports Illustrated recently released a report revealing that wrestling legend Rocky Johnson was the father of five previously unknown children. Johnson reportedly never publicly acknowledged none of them while he was alive and would even hang up on one daughter every time she called him attempting to connect over the years. Johnson’s other unacknowledged children stated that Johnson would talk to them and had made promises that he would visit them but never did in the end. It was reported that following Johnson’s passing in 2020, Johnson’s unacknowledged children starting contacting each other revealing that they were all related based on DNA tests taken. It was also reported that Johnson’s son Dwayne has not contacted any of his half-siblings as of the time of their report but none of them blame him since he likely never knew they existed while he grew up.

The International Pro Wrestling Hall of Fame recently announced that WWE Hall of Famer Bushwhacker Luke was recently hired to their Board of Directors.

Hurricane Pro Wrestling recently announced that Tessa Blanchard will be making an appearance for the company at their July 16th event in Beaumont, Texas.

Beyond Wrestling recently announced a new match for the card of their Uncharted Territory Season 4 event on July 11th in Red Bank, Tennessee: