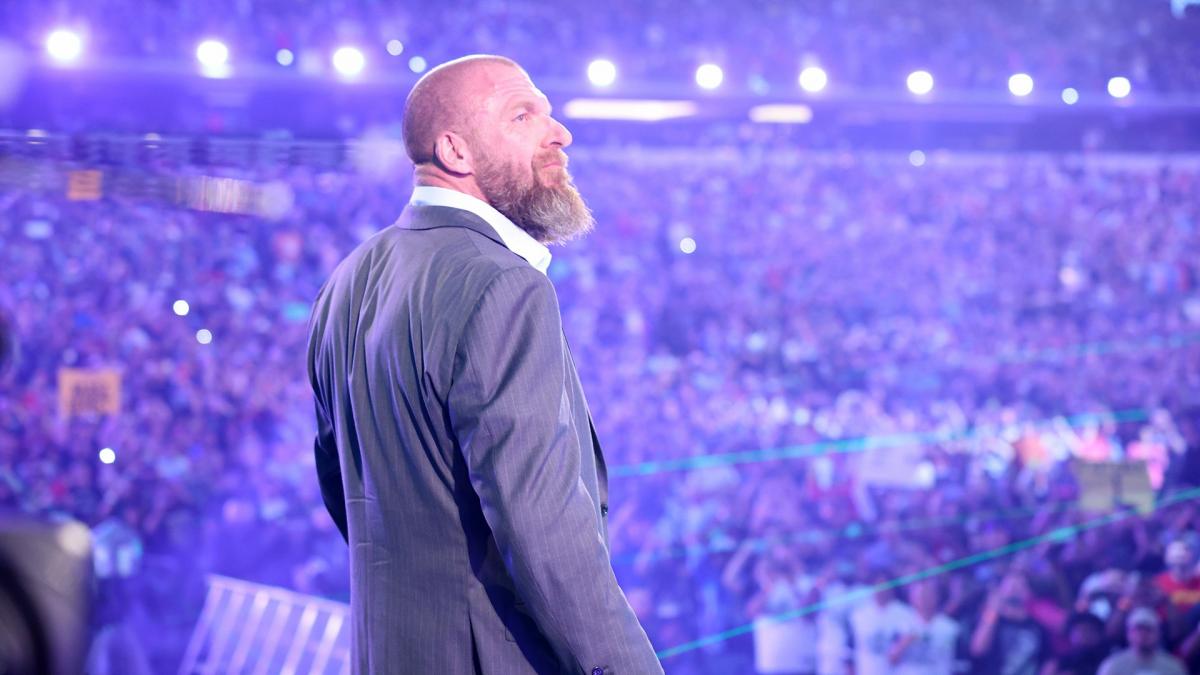 Paul “Triple H” Levesque held a media scrum on Friday in Nashville, Tennessee as part of WWE’s talent tryout camp that day in the city.

One of the topics discussed included Levesque’s thoughts on him recently replacing Vince McMahon as the head of creative in WWE. Levesque also stated that WWE Executive Producer & Head of Global Television Distribution Kevin Dunn will be remaining as a key member of WWE going forward.

“You gotta watch the show. You gotta watch the show. This is the longest-running stuff on TV, we say it all the time. Raw, SmackDown, SummerSlam, everything we’re doing. There are a massive pair of shoes to fill that I’m trying in some way to step into, but I do not dream, for one second, that I can fill those shoes by myself. It’s going to take a lot of us. It’s going to take a team. It’s going to take everybody here to fill those shoes and continue on, but we will. The intent is to continue the legacy of what has been going on, that made me fall in love with this business that he created and to take it to new levels. To take it to beyond where it is now. The only way we’re going to do that is as a team. That’s with Steph, Nick Khan, myself, Kevin Dunn, everybody that is here. All this talent. The great, hardest working talent in the world. I have no doubt in my mind that with this team, we can do it. Not an inkling of doubt. It’s just a lot of hard work and we’re all going to grind. We have the greatest fans in the world and we’re going to make sure they get everything they want out of this product and then some.”

On the topic of Paul Heyman possibly being involved in WWE’s creative team and developmental system going forward, Levesque stated:

“I want ideas from everybody. I want thoughts from everybody. To me, this inclusive. That goes for the talent. When I say this is going to take all of us, it’s going to take all of us. I want that. Paul is one of the best promos in the history of this business. Who better? When I asked him to be part of this, he was thrilled. We both joke about the fountain of youth at these things. Who better to come here to talk about that skill? Paul has the gift of gab, always has. Who better to come here and motivate these kids?

As noted before, Naomi have been absent from WWE since this past May due to her current suspension over a walk out incident with Sasha Banks during the May 16th WWE RAW show in Norfolk, Virginia.

The Chicago Comic & Entertainment Expo recently announced that Trinity Fatu, also known as Naomi in WWE, will be making an appearance at their C2E2 2022 convention on August 6-7 in Chicago, Illinois.

PWInsider’s Mike Johnson reported that his sources stated that the stage design for tonight’s WWE SummerSlam 2022 event in Nashville, Tennessee is very similar to the stage of last year’s event which featured a giant video screen and a tunnel for wrestlers entrances.

Charlotte Flair reportedly was recently seen in Nashville ahead of today’s SummerSlam 2022 event and this Sunday’s Ric Flair’s Last Match event, according to PWInsider.

WrestleTix reported that WWE has distributed around 38,353 tickets for tonight’s SummerSlam 2022 event as of early afternoon.

PWInsider’s Mike Johnson reported that the updated weather forecast for this Saturday’s SummerSlam 2022 event at the Nissan Stadium in Nashville, Tennessee calls for a mostly cloudy sky with a 20% chance of rain as of noon today. The previously predicted thunderstorm is now expected to arrive in the city at around 3 AM EST, well after the end of WWE’s event.