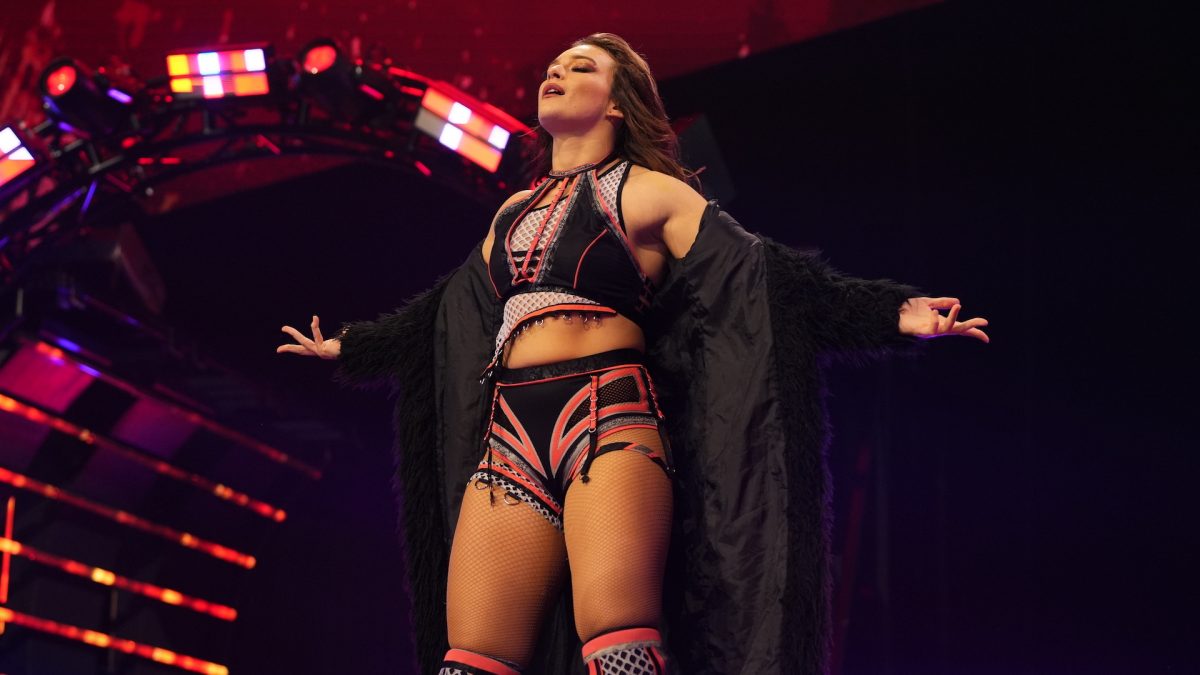 Saturday’s AEW Battle of the Belts III television special featured an AEW Women’s World Championship match between Jamie Hayter and champion Thunder Rosa, which was won by Rosa. This special was taped prior to Friday’s live episode of AEW Rampage in Grand Rapids, Michigan.

Fightful Select reported that their sources stated that Hayter suffered a broken nose injury during the match. It was reported that the injury occured following Hayter’s sheer drop brainbuster spot to Rosa which resulted in Rosa’s knee coming down hard on her face.

Rosa's knee fell on Hayter's nose during the brainbuster pic.twitter.com/4oDhLIRhng

Hayter continued the match and it was reported that while her nose never bled during the remainder of the match, it did look like it had shifted to one side during a close-up shot of her face at one point.

It is currently not known how long Hayter is expected to be out of action as a result of her injury.