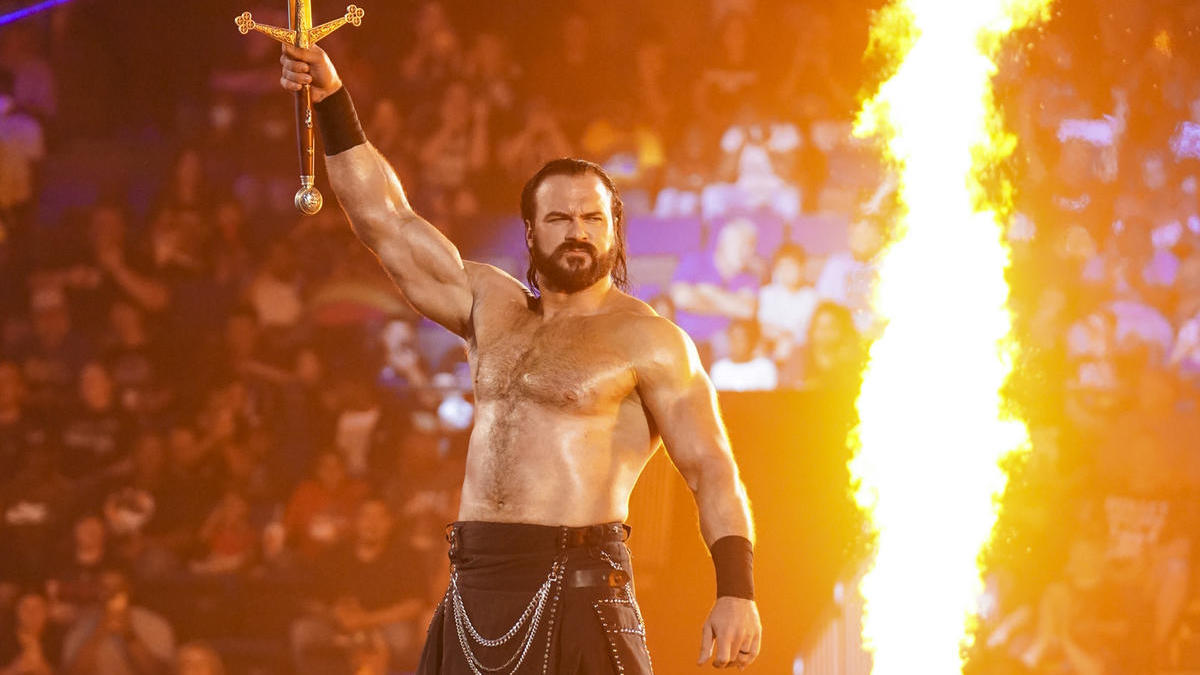 Drew McIntyre reportedly is currently dealing with a back injury, according to ProWrestling.net.

Jason Powell reported that his sources stated that WWE officials pulled McIntyre from this weekend’s WWE house show events for precautionary reasons due to him recently suffering lower back soreness. Powell reported that WWE officials still expect McIntyre to be able to compete at their upcoming Clash at the Castle event next month in Cardiff, Wales.

A recent episode of the Busted Open Radio podcast had Hit Row’s Top Dolla as the guest. One of the topics discussed included Top Dolla’s thoughts on the process that led to his and Hit Row’s recent return to WWE.

“Even when Hunter was not in NXT, even when we went up to SmackDown, even when we got released, I never stopped talking to Hunter. We had talked a lot already about hopefully working together in the future. I sent him clips of the stuff we were doing. I sent him clips from GCW, ACW in Trinidad, and clips of me and [Ashante] working together as a tag team, letting him know the band was still together. Swerve being added to Hit Row was a Hunter call. Hunter added Swerve to Hit Row because he already saw what we had been doing for a year and was like, ‘This is a good opportunity to debut a faction instead of a tag team with a manager.’ It was cool, it was a good idea, it clearly worked, but Hunter saw it when it was just the three of us. He knew what we were capable of from jump.

When he gets the reigns and is like, ‘I want to bring my guys back,’ we were one of his top priorities to get back because he knew what we could bring to the table. About a week and a half ago, he hit me up and was like, ‘How are the rest of the guys?’ ‘We’re good.’ None of us wasted time this whole time. I was on tour, I did shows in New Orleans and LA for music, wrestled at GCW, MCW, ACW. [B-Fab] lives in Columbia, so she was doing her thing down there, modeling. [Ashante] was doing acting stuff in Atlanta and LA, model stuff. We never stopped training and being ready. He was like, ‘How fast can I act and get you guys here?’ This was on Wednesday of last week. ‘If you really want us, we can be there tomorrow.’ We ended up having a Zoom call with him, the three of us, and planned out what would happen the next couple of days. This week, we got physicals and contracts. I don’t know how the story broke that I was going to be there, but I knew it wasn’t somebody with all the information because they didn’t know [B-Fab] was going to be there, which we played into. When Me and [Ashante] came through the curtain, you thought it was just going to be us, and we had [B-Fab] come through last. ‘Yeah, she’s here too.’ She’s an important part of the group.

It was a really cool process because Hunter…there are a million people Hunter could run back. The list is hundreds of people long that are talented performers that were released in the last five years that are still young and able to do these things. A million people he could bring back, but he called us. That made me feel, not just special, but grateful. That’s why I will sing his praises to the high heavens. Everyone in the world thinks they know who I am. Everyone in the world thinks I’m hard to work with. People who never worked with me had one conversation with me and felt they could talk down to me like I’m not a 30-year-old man. I told them about themselves and then they get in their buddy’s ears like I’m hard to work with. In actuality, I’m not hard to work with, I’m hard to fool. You can’t tell me something you’re not going to stand on. That’s how I was raised.”

As noted before, former WWE CEO and Chaitman Vince McMahon retired from the company this past July. McMahon has been under investigation by WWE’s Board of Directors over allegations of sexual misconduct towards several former female employees and at least one talent, which included secret “hush money” payments totaling over $12 million. Besides the “hush money” payments, WWE also recently discovered an additional $5 million in secret payments that were not related to the current allegations against him.

Thurston also reported that this money was originally meant to be given as a charitable donation but was instead used by Donald Trump to settle lawsuits against him.