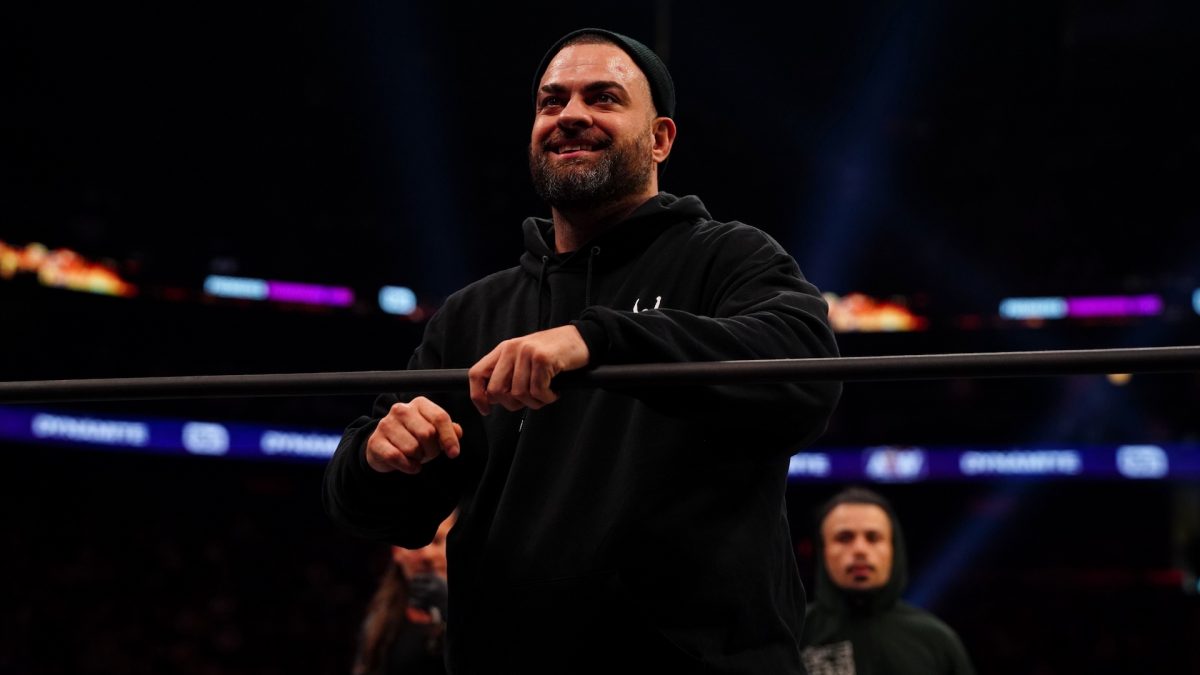 As noted before, Eddie Kingston was involved in a recent backstage incident with Sammy Guevara that turned physical resulting in Kingston being suspended by AEW for a couple of weeks.

PWInsider’s Mike Johnson reported that his sources stated that following Kingston’s return during Wednesday’s AEW Dynamite show, Kingston and Guevara had sought out each other backstage and apologized to each other over their recent incident.

Those same sources also stated that Kingston and Guevara shook hands at the end of their talk and agreed that their issues were in the past and everyone would move on from it.

One of the topics discussed included Khan revealing that Mercedes Martinez recently suffered an injury. No other details regarding the nature or severity of the injury was given by Khan beyond him saying that she is currently expected to return soon.

Kenny Omega on His Vision for AEW’s Trios Division

A recent episode of the Busted Open Radio podcast had Kenny Omega as the guest. One of the topics discussed included Omega’s thoughts on his current vision for AEW’s Trios division.

“It’s a lot of fun. For me, it’s tough to keep doing the same things over and over and over again, especially when you feel you’ve been plagued in that particular area. I could do a certain type of singles all the time, and find a certain amount of success with it, even tags have become that way as well. Not to say that those don’t excite me, I always look forward to doing what I can to tell a unique story or something different. This is completely different. It’s a chance to present something that we are familiar with, but to now have a division and a title in that division, it’s the chance to make it become its own thing. We want to take this chance to really develop a division that will visually look like something different than a singles or tag match. Not just because of the bodies involved, but just because of the possibility of the interactions available. That part excites me and by the way we perform these things, it will open up scenes and moments and scenarios that you couldn’t have created or dreamt up without the amount of bodies that a trios match allows for.”