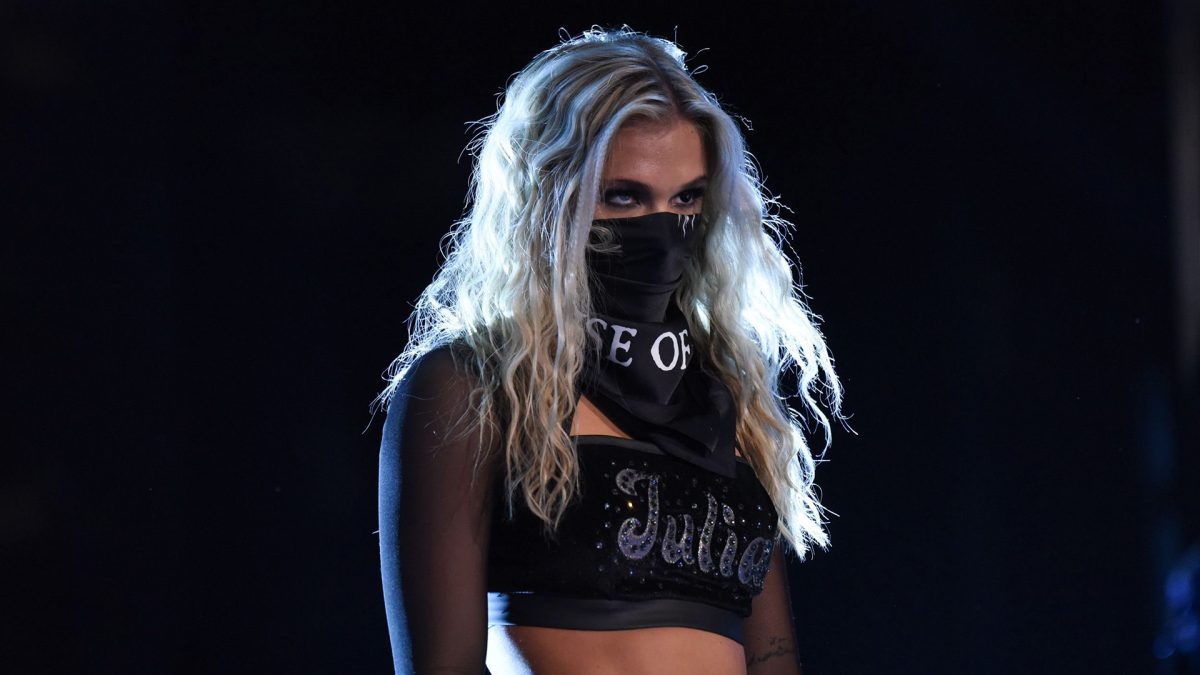 Hart suffered a potential injury following a spot where she missed landing on the table on the outside during the show opening House of Black vs. Sting and Darby Allin No Disqualification tag team match.

Hart provided a health update earlier today on Twitter stating that she and her hat are currently feeling okay following Friday’s Rampage show.

Me and my hat are okay🖤 https://t.co/K1qhnZIKfJ

During the same match, Allin suffered a head injury following a spot where Allin countered Brody King’s sleeper to him on the stage by pushing himself and King off the stage causing both to crash hard onto a table. This resulted in Allin’s head getting busted open.

Following his match, Allin revealed on Twitter that he received several staples on his head to close his wound but did not regret doing the spot.