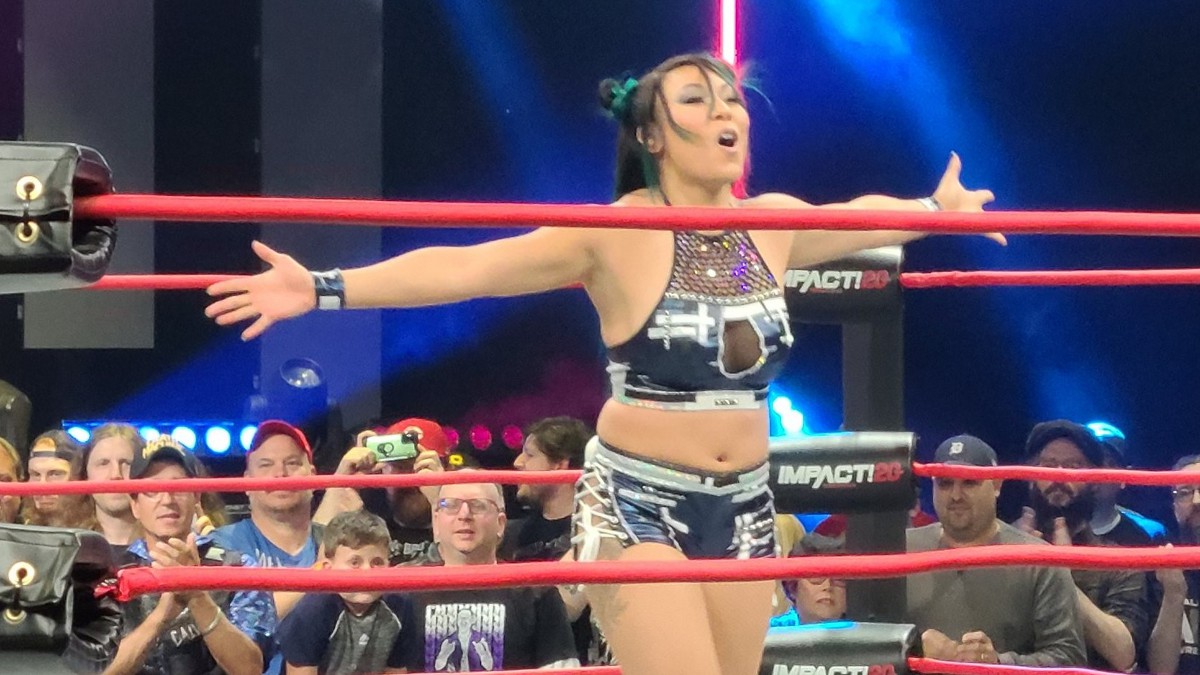 As noted before, several Impact Wrestling talents contracts are currently set to expire within the near future. Among those with expiring contracts includes Mia Yim.

Fightful Select reported that their sources stated that Yim’s contract with Impact is currently set to expire on October 9th, which is two days after their Bound For Glory 2022 event. It was reported that its is currently not known if recent talks between Yim and Impact officials have been held regarding a potential new deal.

Yim made her return to Impact this past May and reportedly has been working under a short-term deal with the company since then.

A trademark for “House of Hardcore” was filed by Extreme Original Production on September 21st for wrestling and entertainment-related purposes to the United States Patent and Trademark Office.

PWInsider’s Mike Johnson reported that the reason for this filing was due to Extreme Original Production’s original trademark for the term had expired in December 2021.

Wrestling ring announcer Dan Masters, real name Dan Henry, passed away this past Wednesday. Masters’ passing was first announced on Facebook by his niece Katelyn Corbett Middleton, who stated that he was killed in a car accident while on vacation in El Salvador. Prior to his passing, Masters had worked as a ring announcer, backstage interviewer, host, and commentator for the past 25 years and worked for several promotions including Women of Wrestling and PCW Ultra.

Former WWE and AEW talent Lio Rush revealed on Twitter that he was recently medically cleared for a return to wrestling. Following Rush’s announcement, Revolution Pro Wrestling announced Rush as the next official competitor for this year’s British J Cup event on October 22nd in Stevenage, England. This will be Rush’s first match since suffering an injury at PWG’s Battle of Los Angeles 2022 event this past January.

As noted before, WWE Hall of Famer “Million Dollar Man” Ted DiBiase is currently facing a lawsuit from the State of Mississippi over allegations that DiBiase and several members of his family had embezzled several million dollars in state welfare funds for illegal purposes. The Mississippi Today reported that Ted DiBiase Jr. recently claimed that former Mississippi Governor Phil Bryant had instructed someone to purposely cut welfare funding to a non-profit organization in 2019 over political-based reasons. DiBiase Jr.’s claimed that the reason was due to Bryant being upset that the director of this organization had supported the Democratic candidate in that year’s gubernatorial election in the state.

As noted before, Warner Bros Discovery and NBC Universal are rumored to be considering the idea for a potential merger between both companies as early as 2024. Deadline.com reported that WBD CEO David Zaslav held a company-wide Zoom meeting this past Wednesday denying that the rumors of the company being sold to Comcast and merging with NBCU are true. Zaslav reportedly stated ““We are not for sale, absolutely, not for sale. We have the strongest hand in the industry. We have everything we need to be successful to be the biggest entertainment media company in the world.”

Ice Ribbon recently announced that Yuuki Mashiro will be leaving the company and retiring from wrestling after their Ribbon Mani 2022 event on December 31st in Tokyo, Japan.

Major League Wrestling recently announced a new match for the card of their Fightland 2022 event on October 30th in Philadelphia, Pennsylvania:

Over The Top Wrestling recently announced a new match for the card of their Eighth Year Anniversary event on October 28th in Wolverhampton, England:

During Thursday’s Impact! show, Impact Wrestling announced a new match for the card of their Bound For Glory 2022 event on October 7th in Albany, New York: