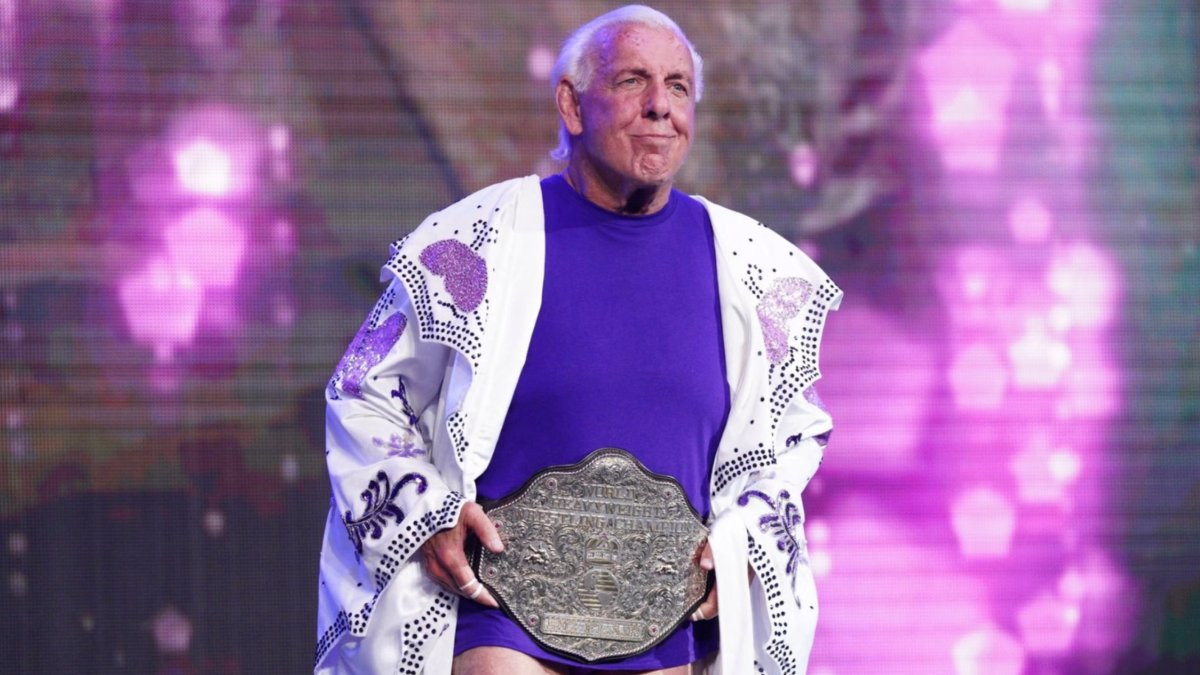 Wrestling legend and WWE Hall of Famer Ric Flair recently reflected on this year being the 50th anniversary of his wrestling career. Flair also stated that he vows to never retire from wrestling.

Thank You To Everyone Who Helped Me Celebrate My 50 Years In The Business! One Thing Is For Certain… I WILL NEVER RETIRE! WOOOOO! #50YearsOfFlair pic.twitter.com/tOhGVpcrJB

Flair last wrestled in what was billed as his retirement match at his Ric Flair’s Last Match event for Jim Crockett Promotions this past July in Nashville, Tennessee.

A recent episode of the Cafe De Rene with Rene Dupree podcast had Dirty Dango, former Fandango in WWE, as the guest. One of the topics discussed included Dango revealing that he will be working for a wrestling promotion that runs television shows within the next couple weeks.

“I’m starting with a company soon, I think in the next couple weeks that I can’t really talk about, but it should be on TV. I mean it will be on TV.”

Impact Wrestling talent Bhupinder Gujjar recently teased on Twitter that Impact will be making a big announcement soon regarding India.

As noted before, Impact Wrestling announced during this past Friday’s Victory Road 2022 event that Raven will be the newest member of their Hall of Fame and will be inducted as part of the festivities for next month’s Bound for Glory 2022 event. During a recent episode of The Raven Effect podcast, co-host Raven stated that he currently does not know who will be inducting him into Impact’s Hall of Fame. Raven stated “I believe that it should be ‘Sir IMPACT Hall of Famer’ [Raven jokingly said to his co-host] … Albany, New York it takes place… Yeah, I don’t know who’s inducting me.” (Transcript h/t: PostWrestling.com)

VICE TV recently released a teaser image for their upcoming Tales From The Territories series, which debuts on October 6th on the network. The network will also be airing a Dark Side of the Ring series marathon on October 4th.

Pro Wrestling Revolution recently announced that they have partnered with Pro Wrestling NOAH for a new tryout camp for NOAH on November 17th at their PWR Training Academy in San Jose, California. It was also announced that Naomichi Marufuji and Katsuhiko Nakajima will be representing the company at this upcoming tryouts.

DEFY Wrestling recently announced a new match for the card of their Kingdom Come event on October 29th in Seattle, Washington: