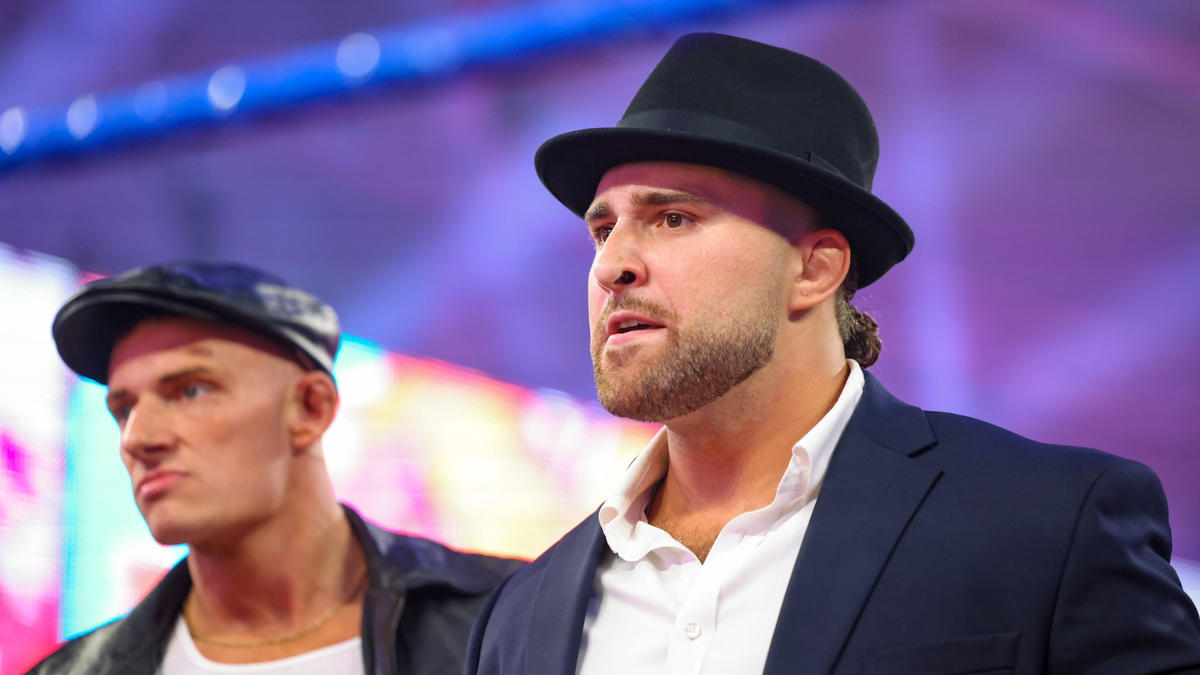 As noted before, NXT talent Tony D’Angelo suffered an injury at WWE’s television tapings for their NXT brand last week at their Performance Center. This past Tuesday’s NXT show featured D’Angelo’s taped match against Wes Lee where he suffered a potential knee injury causing the match to be called off.

Dave Meltzer reported in a recent episode of the Wrestling Observer Radio that his sources stated that D’Angelo’s injury was not serious nor is he currently expected to undergo surgery. WWE officials reportedly currently expect him to be out of action for a short period of time.

“Earlier in the match, the way he was moving, he was moving very slow. So, I think that there may have been something leading to this. It wasn’t like it just came out of nowhere. It wasn’t like he wasn’t hurt and then, all of a sudden, he got hurt on a drop toehold. I think that he was trying to gut through something and then that very simple, not very dangerous looking thing at all,  just was like the straw that broke the camel’s back, maybe.

From what I understand, it’s not that bad in the sense that, I don’t think it’s major surgery or anything because I’ve heard he’ll be back sooner than you would think, but he is hurt.”

MySanAntonio.com held a recent interview with WWE Senior Vice President of Talent Development Creative Shawn Michaels. One of the topics discussed included Michaels’ thoughts on WWE’s scouting system will still continue to reach out to the indies and Japan for potential new signings.

“We are still reaching out to other people with experience that have wrestled on the independent scene or been out in Japan or in other companies. That is something NXT will continue to do in the future. Nothing is off the table. We simply want to continue to find people that are just as passionate about the WWE product as we are.

It was all very sudden for all of us. I’ve been with the WWE for 35 years and doing live television for almost 30 of them. When it comes to live television it is always a learning process because anything can happen, and a lot of things have happened that we had to adjust to and that is what this was. It was an event where we had to quickly make a lot of changes and get a lot of things accomplished. Getting trained for the fire drill is what working in the WWE is from a live television standpoint. It was a good opportunity for us to come together as a team and learn and grow together. I will say one of the greatest things I had is the phenomenal team that Hunter had put together previously, and I have a lot of great people around me, Matt Bloom, Johnny Russo and numerous others. But with everything you learn to do your best and take it in stride and learn from your mistakes and we have done that here was a team and done that with the young talent. I think the thing I am most proud of is that we are starting to be on the other side of that and we are starting to see the hard work paying off and are very excited for what the future holds for NXT and the WWE as a whole.”

Michaels also gave his thoughts about the challenges of introducing new wrestlers on WWE shows who have little to no prior television wrestling experience.

“Unfortunately there are times to where the world is a little desensitized to what actually happened here in the last 12 months. We had 75 percent of the roster who had just graduated college the year before and had never stepped foot inside wrestling ring. These are young men and women who had to learn on live television for the last 12 months and that is unheard of in any generation. They all stepped up the challenge and took a lot of hits on the way. A lot of us did. But I am proud of the Bron Breakkers, the Tony D’Angleos, the Tiffany Strattons, and so many people. We continue to improve, but that is what this job is – it’s reps just like any athletic endeavor. A lot of people don’t start out great at something, they learn, and they get there. And that is what we are doing here. I’ve dealt with good and bad press and up and downs, but these are inexperienced young men and women that really got tossed into a tough and challenging situation and did a good job. I am extremely proud of them and this crew. What we have accomplished here in the last year is nothing short of a miracle in my opinion.”

Fredericks is currently a free agent following the expiration of his contract and departure from NJPW this past August.