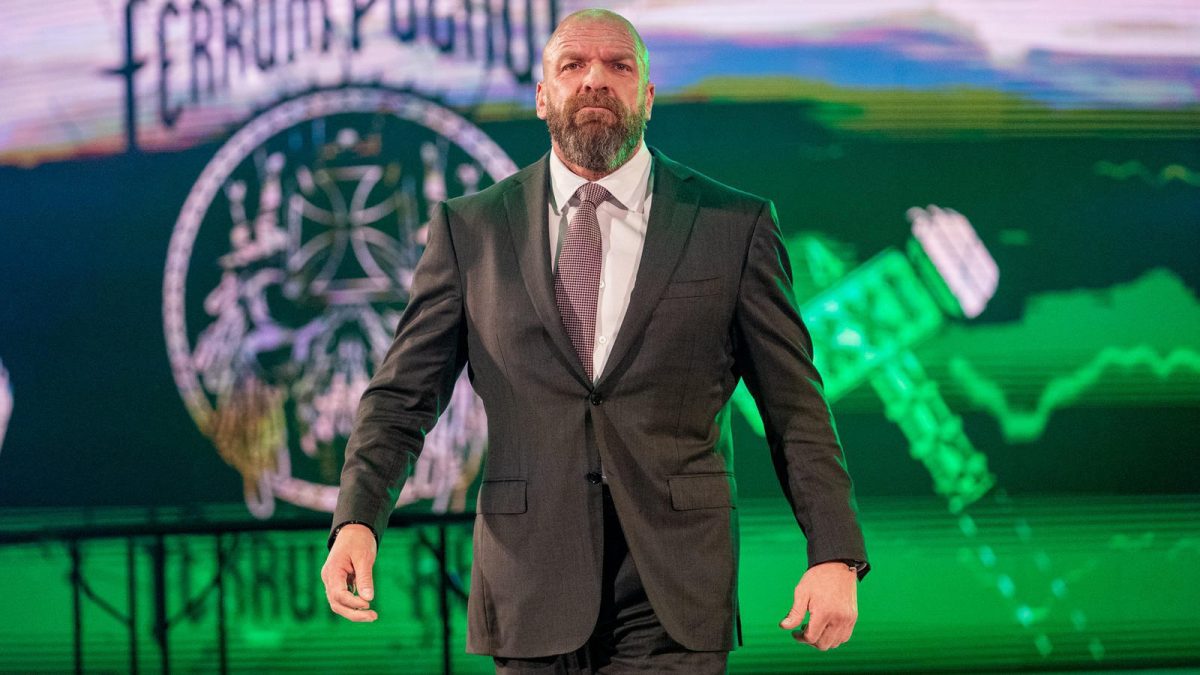 The Ringer held a recent interview with Paul “Triple H” Levesque. One of the topics discussed included Levesque’s thoughts on the possibility of WWE bringing back the usage of blood for their matches under their new leadership regime.

“The world has changed. The world has evolved. I don’t think it’s necessary. If we have talent that gets [cut open], usually you’ll see them roll out and they’ll get looked at to make sure that there’s nothing dangerous. I’m just of the opinion right now, given the state of the world and the pandemic, and at the end of the day, what we do is dangerous enough without intentionally making it more dangerous. Yes, we did [feature bleeding] for a long period of time, but we’ve changed that practice. And it’s irresponsible to go back.”

WWE recently announced that a new episode of their Table for 3 series will be airing this Friday on the WWE Network and NBC’s Peacock.

It was announced that this upcoming episode will feature Bron Breakker and WWE Hall of Famers The Steiner Brothers (Rick & Scott Steiner) as the guests.

A fantastic lineup of new and original programming is streaming this week exclusively on Peacock in the U.S. and on WWE Network everywhere else!

On Wednesday, WWE’s The Bump kicks off at 1 p.m. ET as they welcome The Judgment Day’s Finn Bálor, Damian Priest, and Rhea Ripley.

Then on Friday, tune in for a brand-new edition of Table For 3: Steiner Diner featuring WWE Hall of Famers Rick & Scott Steiner alongside NXT Champion Bron Breakker.

And as always, catch up on all major moments heading into WWE Extreme Rules with Raw Talk streaming immediately following Raw on Monday night and The SmackDown LowDown available to stream on Saturday.

** = available on the Free Version of WWE Network

Thursday, Sept. 22
This Week in WWE

FOX reportedly will be airing a new WWE-themed special on their network this October, according to PWInsider.

In regards to major television markets, Johnson reported that this upcoming specials is currently scheduled to air on Sunday, October 4th starting at 4:30PM EST in New York City on FOX-5 NY and 4:30PM PST in Los Angeles on FOX affiliate KTTV.