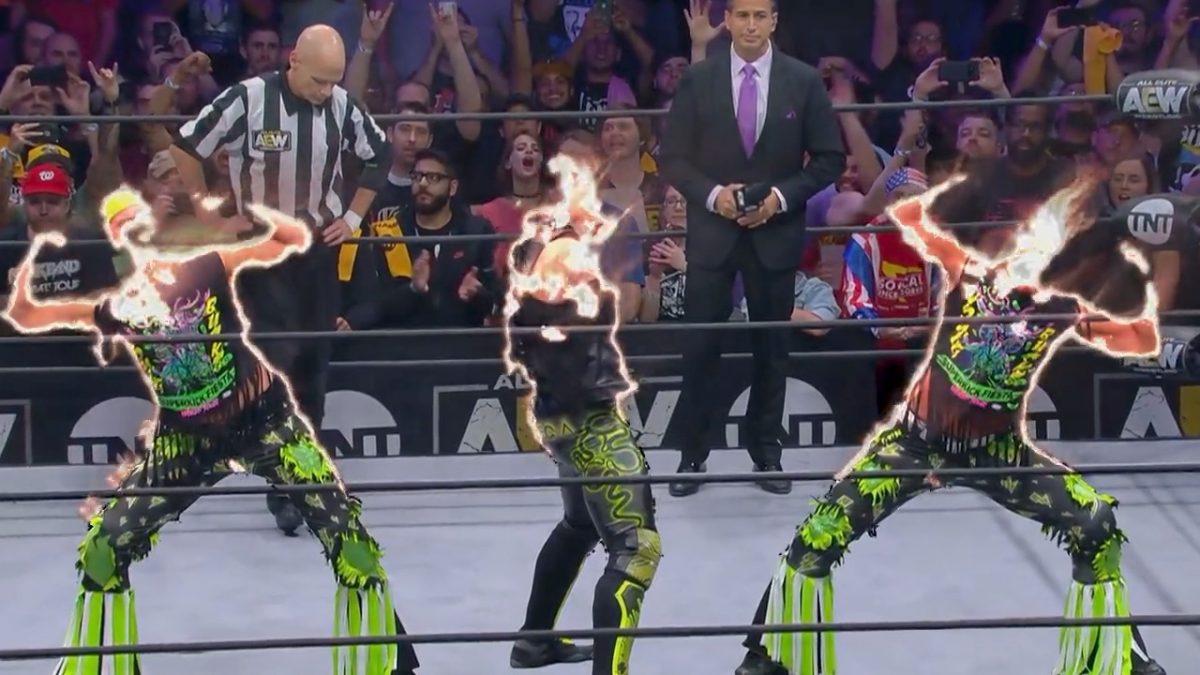 Kenny Omega and The Young Bucks appear finally set to return to AEW after a report that their return may be “imminent” and a vignette for them aired on tonight’s Dynamite.

On Dynamite, a short video aired with clips of The Elite during moments in AEW history, with them being “erased” from the clips using video effects. The video also had old voice over clips by them talking about pushing AEW forward.

Fightful Select reported earlier today that there is talk backstage of the Elite returning to AEW soon, with one source saying they heard it could happen “imminently.”

Fightful says that there was a meeting involving Omega and the Bucks and AEW scheduled for last week, but details aren’t known.

The Elite and CM Punk have been suspended since their backstage fight at All Out in early September. Ace Steel, who was also involved in the fight, was fired last week, and there are reports that AEW and CM Punk are working on a contract buyout that would see Punk’s time in AEW come to an end.