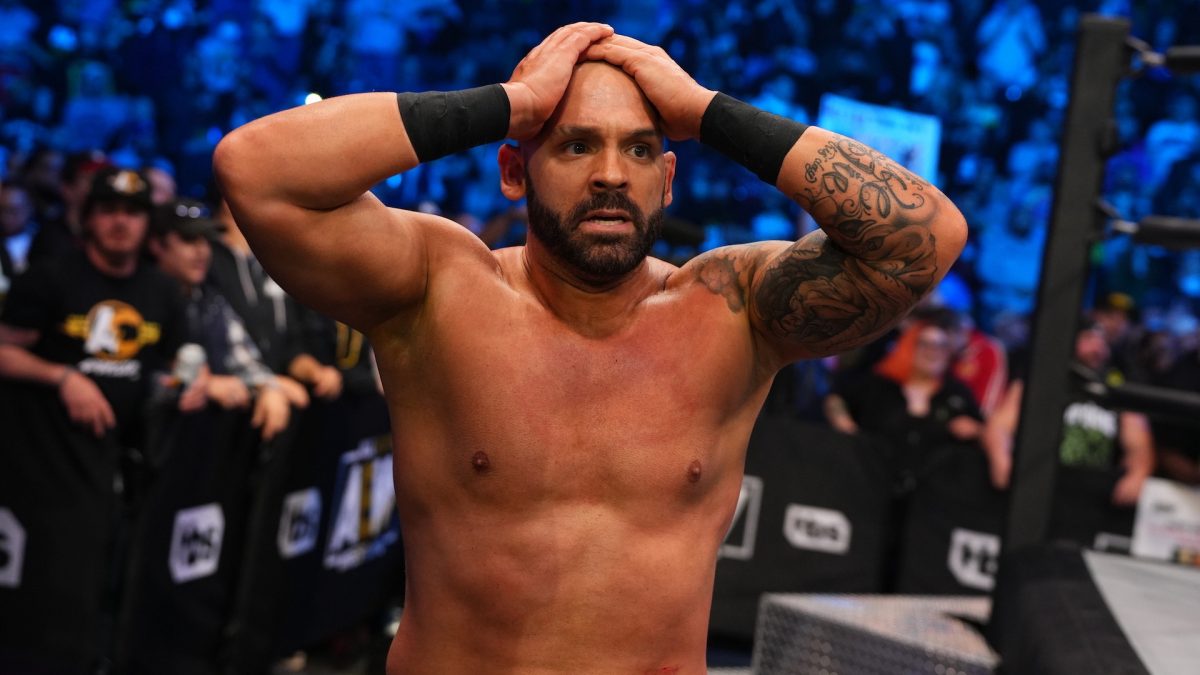 K&S WrestleFest held a recent virtual fan signing event with Shawn Spears as the guest. One of the topics discussed included Spears’ thoughts on the backstage fight incident between CM Punk, Ace Steel, and The Elite at AEW’s All Out 2022 event this past September.

That’s another thing too; I wasn’t there. I don’t have any first-hand knowledge. I read everything you guys read and I don’t believe everything I read so, sad overall.

It’s CM Punk… With his body of work, [that’s what] you come to expect [Spears referring to a comment about the positive impact Punk had on-screen]. He delivers quality. That’s what he does. That’s why it’s sad. Because he owes me a rematch, Punk, son of a b*tch.”

Spears also gave his thoughts about his current presentation and career in AEW.

A recent episode of the ARN podcast featured co-host Arn Anderson’s thoughts on his son Brock Anderson’s wrestling career and not feeling that Brock needs to live up to his legacy in order to have a successful career.

“I don’t think he [Brock Anderson] feels any pressure to become who I was or emulate me. I think he pretty much knows — and grown up around — the respect I have for the business and everyone that’s come before us because in any capacity, if you’ve been in the wrestling industry in a supportive role, in a star role, in a running the camera role, anything, a referee role, a commentator role, if you were in the business before myself, I look at you being responsible, partially, for me being able to live my dream and every single day, going to work, doing a job that I truly love. I just want Brock to be a good employee, be a good partner, be a good opponent, be a good person, be a good guy in the locker room, be a good spokesman for the business and do all the things where he’s a part of the crew that is liked, respected because he shows respect and be one of those kids that if I owned a company, he’d be on my crew and I’d be glad to get him and wanna have him. I think he has a ton to offer, speaks well. If you saw the thing he did with Kerry Morton, he did a great job. He’s just gonna get better at that. He speaks well, his talents in the ring, every time he gets a rep, he gets a little bit better and understands and appreciates the critiques that he gets. All the things that just go into being a part of the crew that everybody, I guess, you know, wants to work with. That would be my hope for him.”