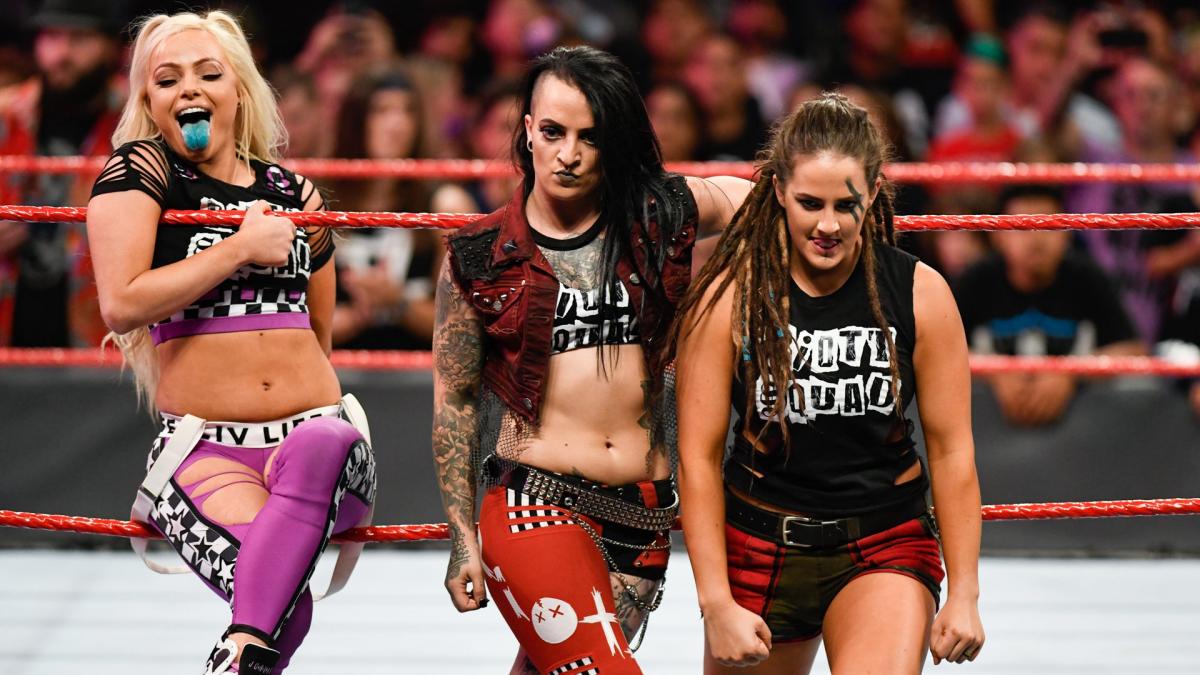 Liv Morgan posted these pics of the Riott Squad all getting matching tattoos that say “11-21-17,” which is the date that they debuted on SmackDown Live.

One day before the biggest match of our careers so far…..The squad is forever. pic.twitter.com/ipMnHqjVNb

SmackDown falls on New Year’s Day and instead of running the show live, it’ll be taped on Saturday, December 29 at the PPG Paints Arena in Pittsburgh, PA.

The New Year’s Eve Raw will also be taped on Friday, December 28 in Detroit.

No word about the Christmas Eve/Day Raw and SmackDown yet. Last year’s Raw aired live on Christmas and New Year’s Day.

With Super Show-Down coming up this Saturday in Melbourne, Australia, WWE will be adding a 2002 live event from Australia to the WWE Network today.

The “Global Warning Tour” was a live show on August 10, 2002 at Docklands Stadium in Melbourne, with an attendance of 56,734 people. It was headlined by a WWE Undisputed Championship match between The Rock, Triple H and Brock Lesnar.