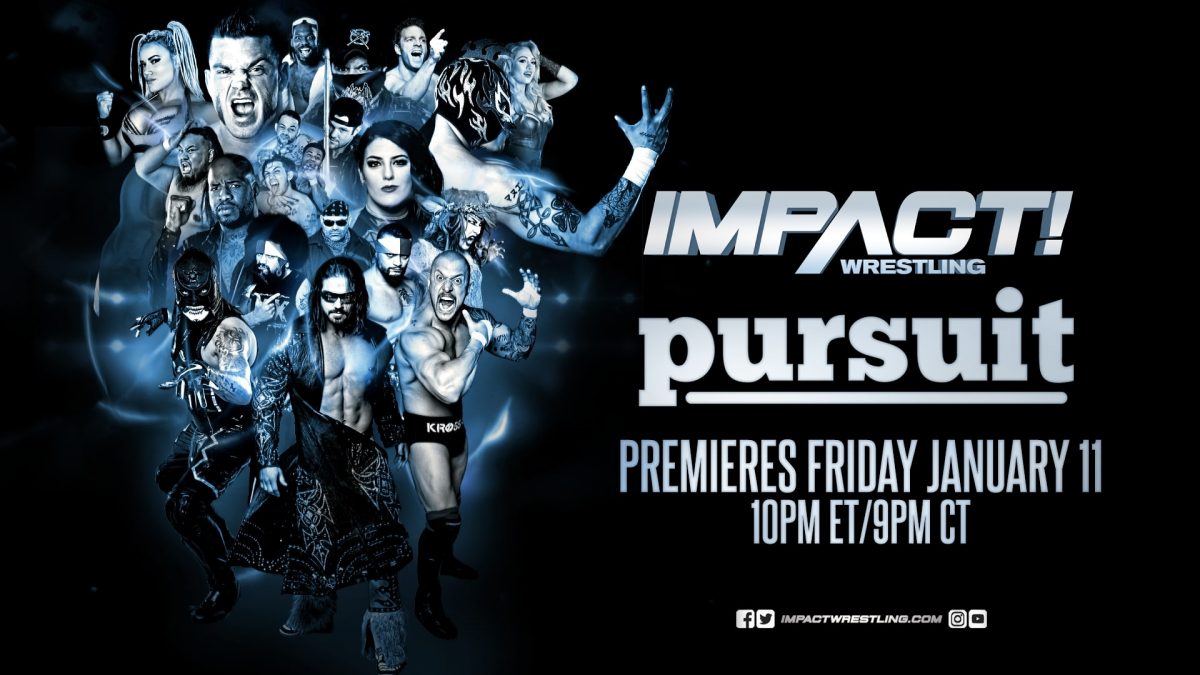 Impact announced yesterday that they’re moving from Pop TV over to Pursuit Channel and moving to Friday nights at 10 PM ET starting on January 11. Pursuit Channel, which is focused on hunting and fishing, is partly owned by Anthem, which is Impact’s parent company. The channel is available in fewer homes than Pop and is not available on most cable providers. It’s currently available on DirecTV, DISH, Verizon FiOS and Cox.

Here are the latest updates…

The deal with Pursuit is not an exclusive deal, according to PWInsider, who added that the move to pursuit is seen as a way for Impact to “take a breather” and temporarily park themselves on a network while they continue to pursue a larger TV deal.

While some people in Impact are trying to spin the move as positive, others are “not as happy,” PWInsider says, and they feel that it’s another step down in prestige. Impact realizes that they will probably lose a significant amount of viewers, since most people seem to have never heard of the channel and it’s in far fewer homes than Pop.

Impact is looking into ways to have Impact stream on “digital platforms,” PWInsider says, but nothing has been worked out yet.

If the deal with Pursuit is in fact non-exclusive, Impact might be better off streaming their show online, since it’ll be available to a lot more viewers.

Pop is currently rebranding their network to be more focused on shows that appeal more to women and Impact didn’t fit into those plans.

Impact could have stayed on Pop for longer while they tried to find a new network, but they felt that it was better to leave on their own rather than be forced out.

The relationship with Pop was said to be a good one and people in Impact had nothing but positive things to say about the network, according to PWInsider. The network president had been very excited about having Impact on the network, but with all of the changes coming to Pop, Impact no longer fit in.

PWInsider speculated that the deal with Pursuit was likely a step down financially for Impact. Pop paid them $1 million per year, plus an advertising revenue split, which was worth another $1-2 million a year.