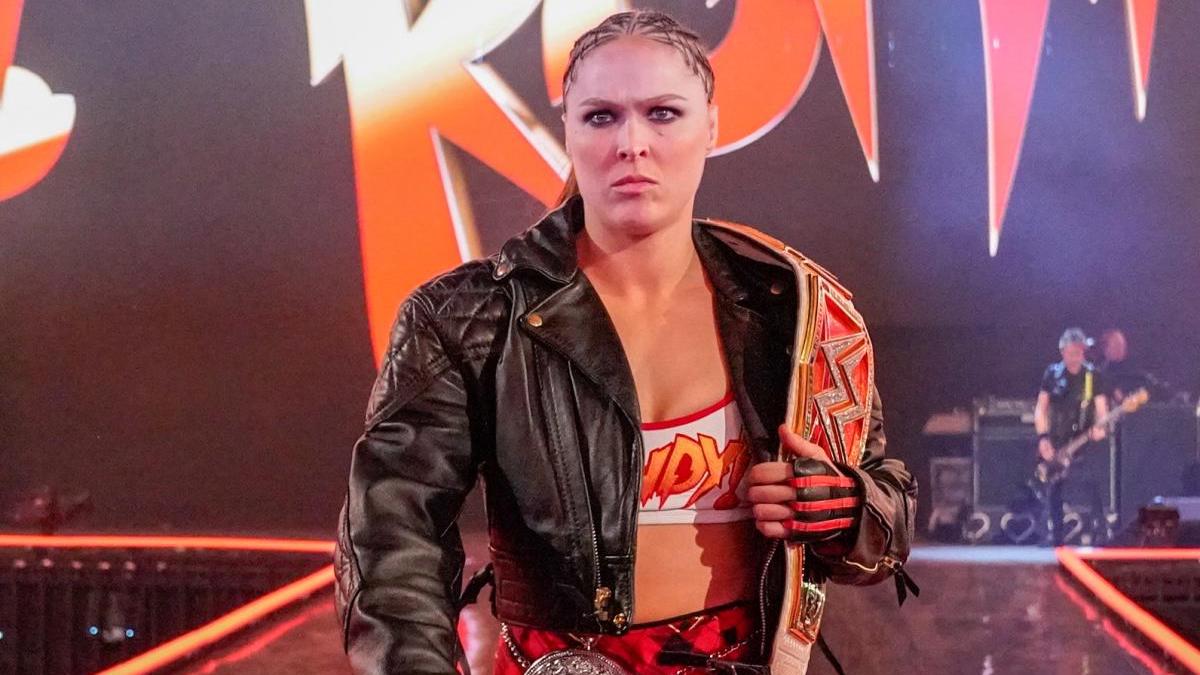 Ronda Rousey reportedly suffered a “severely broken hand” while throwing punches at some point during her match at WrestleMania last night.

According to Dave Meltzer on Wrestling Observer Radio, ”Ronda has a broken hand, a severely broken hand. She just was diagnosed with it.”

It’s not known if the injury shortened or affected the match in any major way.

The finish was the actual planned finish, Meltzer added. The only “botch” was that Rousey was not supposed to get her shoulders up. Her shoulders accidentally came up at the count of one, which led to a lot of confusion, but that was supposed to be the real finish.

There was some discussion among WWE over whether to have Becky beat Rousey by pinfall or submission, with a lot of people arguing for each side, but in the end, it was agreed that there would be a pinfall finish. One argument against a submission finish within WWE was that Rousey shouldn’t submit because it’s “too fake,” Meltzer said. It could also be Vince McMahon protecting her “aura” for a future return, since she lost on a “fluke pin” and still came out looking strong.

The WrestleMania match was Ronda Rousey’s final scheduled match for now and with the hand injury, it’s going to be her last match either way.

Her last scheduled appearance was for tonight on Raw, but it’s not known if she will still appear.

As mentioned earlier this year, Ronda Rousey plans on taking a long break from WWE to start a family.

There is no guarantee that she will be back, but she is under contract with WWE until April 10, 2021. If she does return, it may be in a part time role.

Meltzer added that as of now, there is no timetable for anything with Ronda Rousey and her future in WWE is up to her.