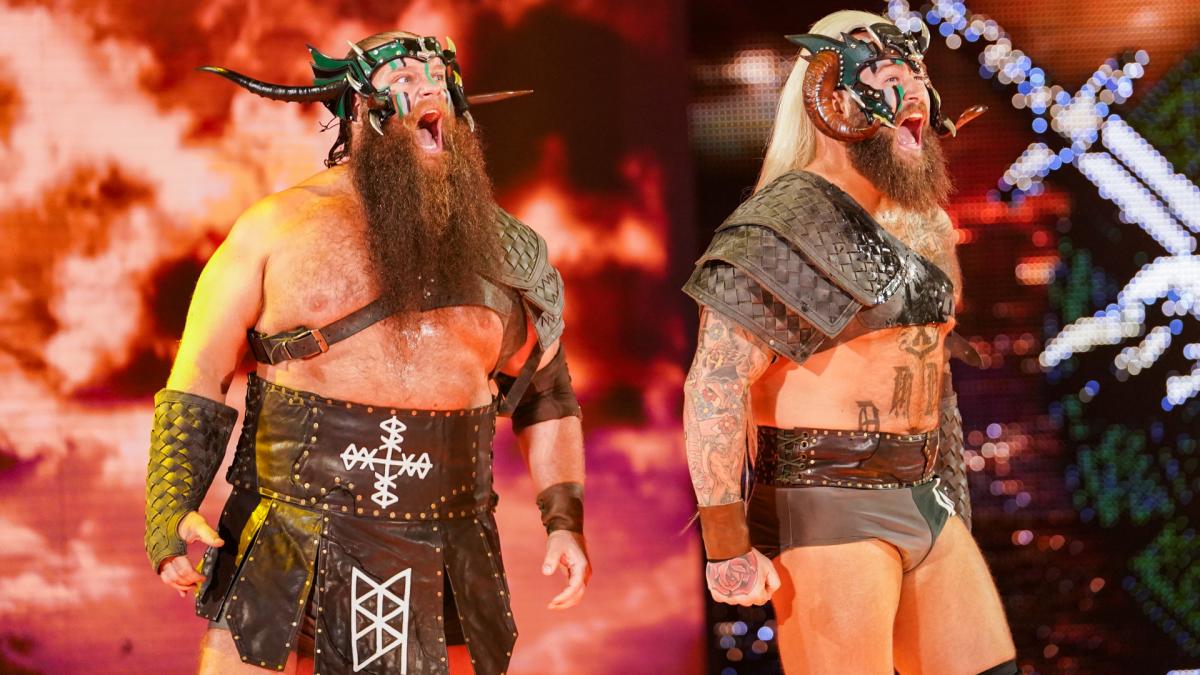 Rumor: WWE Considering Another Name Change for the Viking Raiders

WWE reportedly is considering the idea of another name change for the Viking Raiders tag team, according to the Wrestling Observer Newsletter.

Dave Meltzer reported that following this week’s episode of WWE RAW, a new Fan Council survey was sent by WWE and among the wrestlers listed was the Viking Raiders under a new name of the Viking Warriors.

Since making their official main roster debut earlier this month, former NXT tag team War Raiders have been renamed as the Viking Experience and then currently as the Viking Raiders.

Matt Riddle reportedly recently suffered an injury to his arm, according to the Wrestling Observer.

Dave Meltzer reported that Riddle was recently diagnosed with a mild infection in his arm and was pulled from all of this weekend’s set of NXT house show events as a medical precaution.

Riddle stated on Twitter that his arm’s infection was not serious enough to prevent him from enjoying other activities while out of action from wrestling for the time being.

I’ve been pulled from all the shows this weekend due to a mild arm infection which saddens me greatly, but real talk I got my new creature skateboard from CCS yesterday and I’m gonna go tear it up at the local skate park 🛹#originalbro #kingofbros #stallion #brover #splx pic.twitter.com/SlGgsxKTO8

Viceland reportedly will be airing another wrestling-based documentary series titled The Wrestlers later this year, according to Post Wrestling. This series will be ten episodes in length and originally aired in a limited format last year on Viceland’s Canadian-based channel, VICE.

The National Wrestling Alliance announced that Madusa will be making an appearance for the company at their NWA Crockett Cup 2019 event this Saturday in Concord, North Carolina. Madusa will be awarding the currently vacant NWA World Women’s Championship to the winner of the Allysin Kay (Sienna in Impact Wrestling) vs. Santana Garrett match at the event.

ROH announced two new matches for the card of their May 12th ROH-NJPW War of the Worlds 2019 event in Villa Park, Illinois:
– EVIL & SANADA vs. Satoshi Kojima & Yuji Nagata
– Hirooki Goto vs. Hikuleo