Jon Moxley Joins AEW, Shows Up at Double or Nothing (Video) 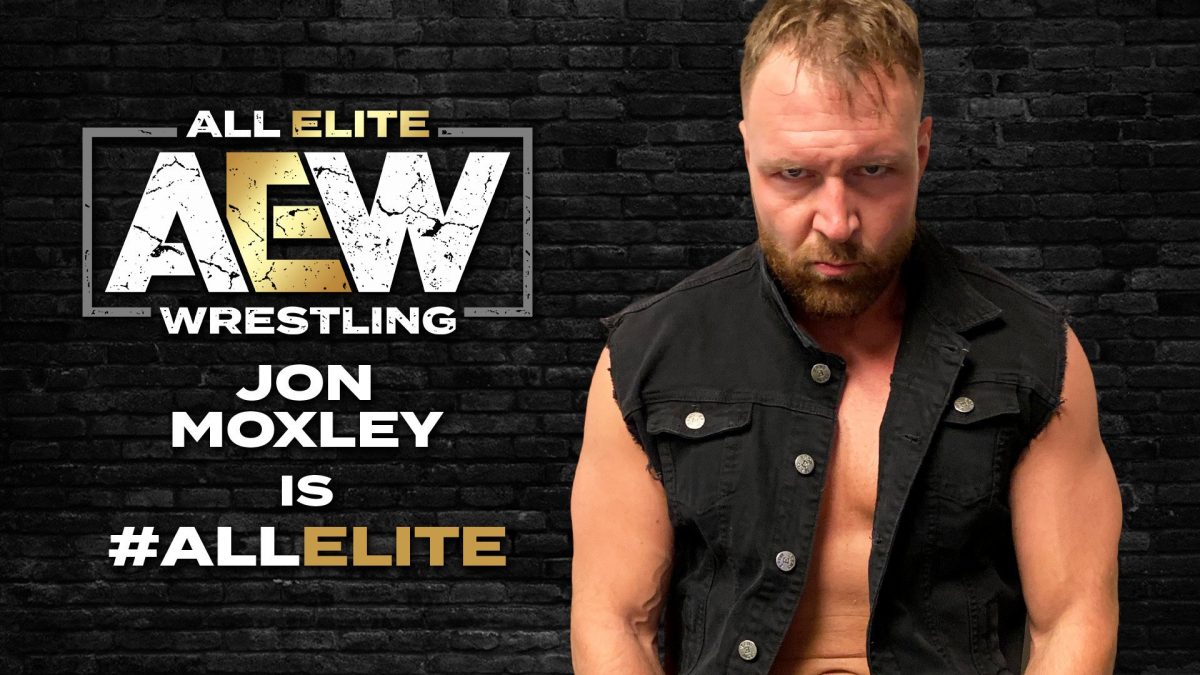 Jon Moxley (formerly known as Dean Ambrose) made his AEW debut tonight at Double or Nothing, showing up following the main event between Chris Jericho and Kenny Omega.

AEW announced in a press release (below) that he has signed a full-time multi-year deal and will make his in-ring debut at Fyter Fest on Saturday, June 29.

After Jericho defeated Omega, he got on the mic and said that the reason for AEW’s TV deal and Double or Nothing’s sell out was because of him and he demanded that the fans thank him.

Suddenly, Jon Moxley walked through the the crowd and into the ring, kicked Jericho in the stomach and nailed him with Dirty Deeds, getting an enormous pop.

He then gave the referee Dirty Deeds, then turned his attention to Omega, but Omega tackled him to the outside and they brawled into the crowd, down to near the entranceway. Moxley climbed onto the giant poker chips that were part of the set and Omega followed him, but Moxley nailed him with Dirty Deeds on top of the chips, then picked him up on his shoulders and tossed him off, crashing onto the stage below. Moxley then celebrated on top of the chips as the crowd chanted “Moxley,” ending an incredible first show for AEW.

.@JonMoxley and @KennyOmegamanX tear into each other! All hell has broken loose!! #AEWDoN

.@JonMoxley has kicked the door down at AEW! #AEWDoN

Dean Ambrose’s WWE contract expired in late April. About a week later, he posted a promo video teasing his return to the ring as his old pre-WWE gimmick, Jon Moxley.

Moxley is now officially “All Elite.”

He is here! @JonMoxley #AEWDoN pic.twitter.com/n2ajcpkGjI

— Mox Makes Presence Known at DOUBLE OR NOTHING —

Las Vegas, NV (May 25, 2019) – In a night jam-packed with intense showdowns and incredible clashes, AEW rocked the wrestling world even further with a surprise appearance by international wrestling star Jon Moxley to close out DOUBLE OR NOTHING.

AEW confirmed tonight that it has officially signed Moxley to a full-time, multi-year agreement effective immediately. Moxley, who was twice voted as Most Popular Wrestler of the Year by Pro Wrestling Illustrated, will make his in-ring debut at FYTER FEST in Daytona Beach, FL, on Saturday, June 29.

“The arrival of Jon Moxley at Double or Nothing was the perfect ending to one of the most important nights in wrestling history,” said Tony Khan, President and CEO of AEW. “There was no better way to conclude an evening of new beginnings than with the introduction of the best free agent wrestler in the world. The chaotic scene that unfolded in the closing moments of Double or Nothing was emblematic of the unpredictability and explosiveness that Jon Moxley will bring to AEW. We’re very proud that Jon has signed a multi-year contract, and he is officially on the All Elite Wrestling roster!”