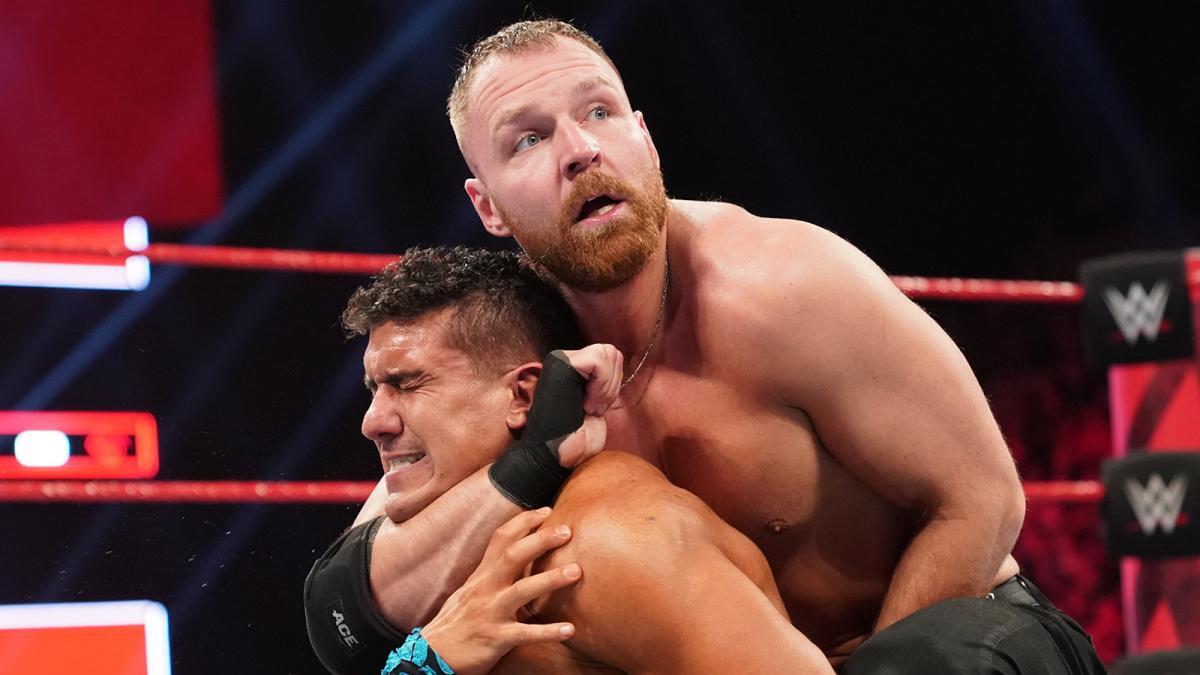 Jon Moxley was the guest on the most recent episode of Talk Is Jericho and had a lot to say (click here for a recap), including some insight on the possible reason that EC3 has been suddenly completely buried by WWE.

A transcript is below or you can listen starting at around the 1:13:47 mark.

Jericho: Did you feel at any point besides the few times you mentioned with Nia Jax that they tried to bury you in any other way?

Moxley: Well… So after that, they did the weird press release, then they put me against EC3, debuting from NXT. Great talent, great friend of mine. Excited to work with him. They have EC3 come in as a babyface and defeat me in two minutes. The crowd does not like this, cause it’s transparent what’s happening.

And this is not good for EC3 because now he’s gonna get the backlash. So it was an unfair position for him to be put in. So then we get to that weekend and I’m working with EC3 on house shows, now I’m the biggest babyface on the show. I’m a heel, I’m thumbing him in the eye, I’m making fun of the town, it doesn’t matter. They’re violently rejecting him as a babyface and cheering the hell out of me. Cause now – it has nothing to do with him – it’s like an anti-WWE…

Moxley: So then they go, talking to the writer by text and he’s like, ‘you’re gonna work with EC3 again and he’s gonna beat you in two minutes again.’ I was like, I couldn’t help it, I was like, ‘Fine, that’s cool. Am I the only one who sees the inherent problem in this?’ And even the writer knew, he was like, ‘Oh that it’s making you a babyface or it looks like we’re burying you and that’s backfiring?’ And I’m like ‘Yep, that stuff, that’s what I was talking about.’ And he’s like ‘Yep, I know, but it’s Vince. He’s determined.’

So by the time we got to that Monday, there are, from what I understand, the reports from the house shows, the producers are telling [Vince] what’s happened, and he’s PISSED. Apparently he’s like, mad about this. That like, God forbid, so sorry that the fans, who I’ve busted my ass for for years, might be upset at the fact that you want to bury me on my way out. You know, like… sorry, dude, you know? What I’ve given my body up for… Sorry that they have a shred of respect for me that you apparently don’t have.

EC3 has not had a singles match on Raw since losing to Ambrose on the February 11 Raw. He’s since been jobbing regularly on Main Event.

Dave Meltzer said on Wrestling Observer Radio that this incident was “100%” the reason why WWE suddenly buried EC3.

Thank you. The feeling is mutual. Good luck.