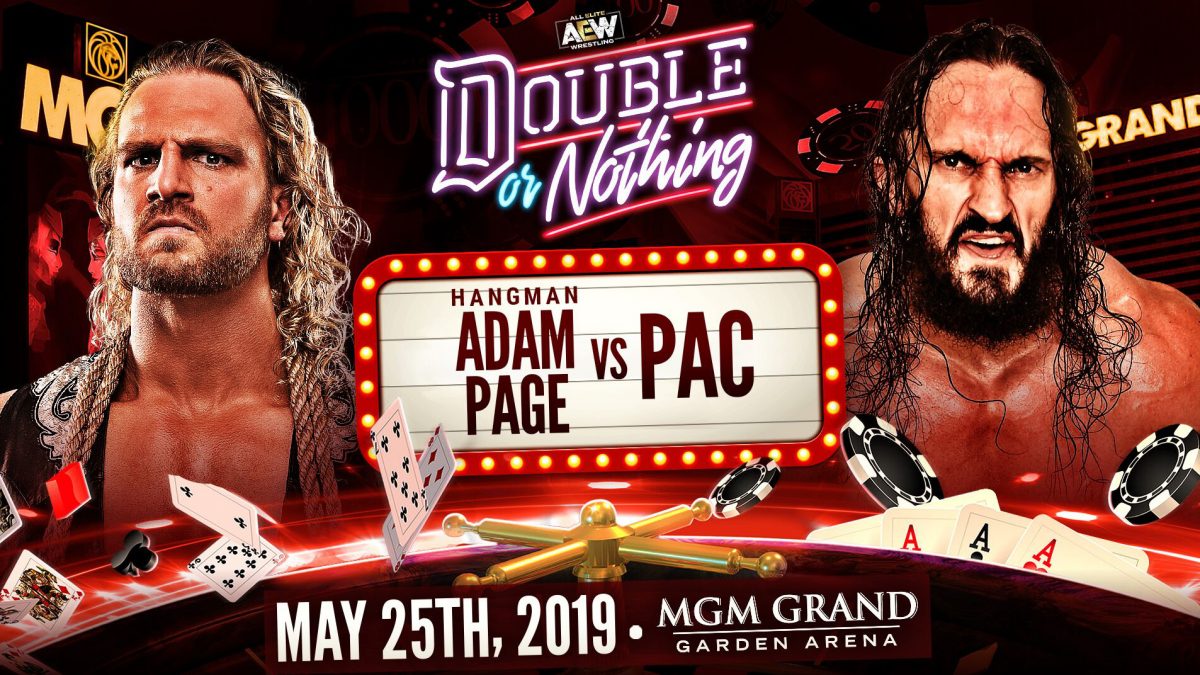 The scheduled PAC vs. Hangman Page match at AEW Double or Nothing this Saturday has been canceled due to “creative differences,” according to Dave Meltzer.

Instead, the match happened Saturday night at a WrestleGate show in Nottingham, England. PAC issued an open challenge, which was answered by Page. The two wrestled for about 15 minutes and PAC was disqualified when he gave the referee a low blow.

The “creative differences” were reportedly that PAC did not want to lose the match clean, according to Dave Meltzer, because he apparently “takes his status as world champion with Dragon Gate seriously [and] he has not agreed to any losses since winning the Open the Dream Gate title.” AEW, meanwhile, wanting to present themselves as more sports-centric, didn’t want to book a DQ finish on their PPV.

So the idea is that the match they had in England will be released by AEW for free on the internet sometime this week, so people can still see a match between PAC and Page, but with a DQ finish that AEW didn’t want to book.

Hangman Page flew to England specifically for the match. He will face a new opponent, yet to be announced, at Double or Nothing, according to Meltzer.

PAC’s status with AEW now appears to be up in the air. Meltzer speculated that the DQ finish kept things open ended enough that PAC “may be back with the promotion at some point to face Page, although there is no definitive time frame.”