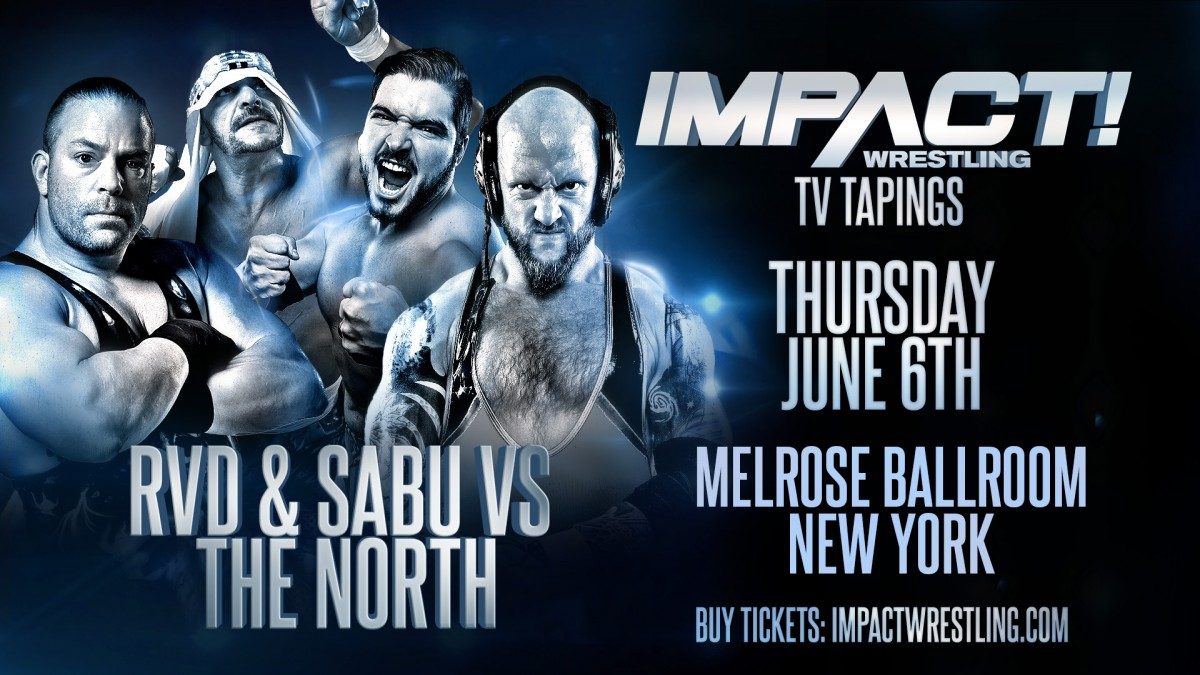 Michael Elgin defeated Willie Mack via sit-out powerbomb. After the match, Elgin tried to attack Mack some more, but Rich Swann made the save. Johnny Impact then ran out and the two of them laid out Mack and Swann. They then shook hands, but Elgin turned on Impact and left everyone laid out in the ring.

The North defeated Rob Van Dam & Sabu – Moose interfered, attacking RVD and Sabu and helping The North get the win. Tommy Dreamer ran in to even the odds after the match, attacking Moose.

Killer Kross defeated The Sandman via choke hold. Sandman caned Kross, but Kross locked him in a choke hold and the referee stopped the match. Eddie Edwards ran out to make the save and he and Sandman celebrated with some beer.

Triple Threat: Dez & Wentz defeated Trey – They both pinned Trey and were both announced as the winners. No explanation was given at the tapings for why the Rascalz were wrestling each other, but there will presumably be a backstage segment taped.

Sawyer Fulton defeated Eddie Edwards – During the match, a video played where Killer Kross was attacking the Sandman, and the distraction allowed Fulton to pick up the win.

Moose defeated Tommy Dreamer via spear. Moose attacked Dreamer after the match, but RVD made the save.

Knockouts Championship: Taya Valkyrie (c) defeated Su Yung via DQ when Havok attacked Taya. Havok and Su Yung were going to attack Taya after the match, but Rosemary ran down. Father James Mitchell then said that at Slammiversary, all four women were invited to a four-way Monster’s Ball match: Taya Valkyrie vs. Rosemary vs. Su Yung vs. Havok

Triple Threat: Rich Swann defeated Johnny Impact and Michael Elgin via 450 splash on Impact after Impact took out Elgin. After the match, Impact and Swann brawled some more and suddenly, Impact Champion Brian Cage made his return. He faced off with Elgin and laid him out to end the show.