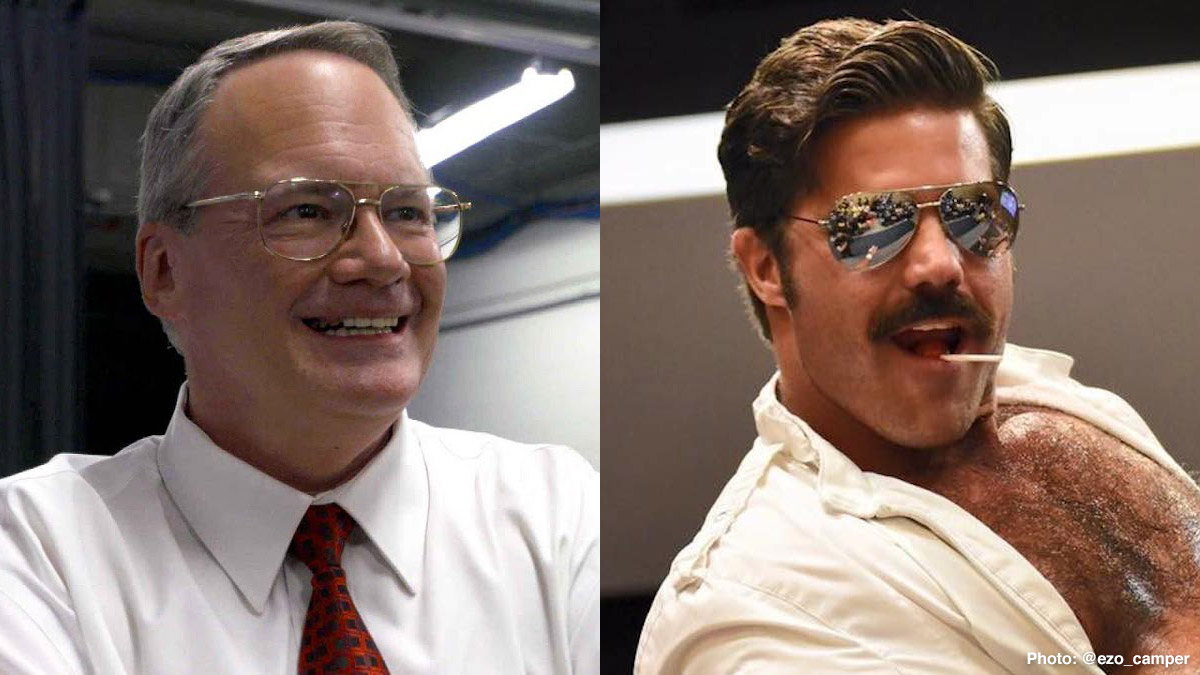 Jim Cornette’s latest podcast, The Jim Cornette Experience, had him give his review of AEW Double or Nothing, which included a typical Cornette rant about the battle royal and what he called “silly, fake comedy wrestling.”

Within that rant, he made some comments about AEW wrestler Sonny Kiss, which drew criticism from some wrestlers, who called the comments “homophobic.”

“Then here comes Sonny Kiss, who apparently got off his day job at the drag show at the fucking Tropicana,” Cornette said. “And… they’re not explaining any of this. The transvestite, or exotico as they would say in AAA, did anybody bother to explain why he looks like that? No. They just accepted that here’s another member of our roster, nothing to look at here folks.”

Cornette was referring to exoticos in Lucha Libre AAA in Mexico, which are male wrestlers who wrestle in drag.

Sonny Kiss and his fiancé Killian McMurphy posted this in response:

Ya know, @TheJimCornette has been a massive influence on me for a long time. Shame that all has to go out the window because he felt the need to say a bunch of homophobic shit about my fiancé for the sake of shitting on AEW. Well done.

Sometimes, you have to let people’s words and actions speak for themselves. Good & bad.

With that being said, I want to thank everyone for their support. 💕As a person who’s been publicly open about their sexuality since childhood, his “attack” was a complete fail. I’m good.

Joey Ryan, who has been repeatedly attacked in an almost deranged manner by Jim Cornette over the past couple of years, posted this:

Cornette is trash. People should be tagging @MLW, @beINSPORTS & @beINSPORTSUSA about his homophobic rant. Get rid of this garbage human being. https://t.co/gtMl3fKMyP

10 hours in the car today, I get out & find insufferable douchebag @JoeyRyanOnline has tried to piss people off at me by drumming up a fake controversy. So let’s get to the bottom of it, shall we?

First I invite everyone to listen to my review of the AEW Clown show Battle Royal, where about 15 guys were dressed like clowns doing silly, fake comedy wrestling. I’d like someone to find this non-existent “homophobic rant” @JoeyRyanOnline heard in his hallucination.

Apparently @JoeyRyanOnline ‘s REAL problem is I was knocking outlaw, fake comedy play-rasslers of which he is leader of the shitty pack. If one of them is gay, I have no problem with that, I DO have a problem with silly phony wrestling that embarrasses my profession–like Ryan.

Since I didn’t know the guy was gay in real life, or say that he was gay on my show, or insinuate that that is a bad thing, I can’t really tell where untalented jobber @JoeyRyanOnline heard this homophobic rant.

Possibly putrid penis boy @JoeyRyanOnline heard this rant in his head cause I fired him from ROH to save Cary Silkin’s money as any $50 jobber could have taken his spot and done it better.

Though few are entertained by @JoeyRyanOnline ‘s lowclass ring routine & fewer believe anything he says, to clarify–Joey’s lying & stirring shit up because he’s as fake a person as his wrestling is, & he doesn’t like me. I didn’t insult ANY gay people, just his clownish buddies.

And @JoeyRyanOnline , directly to you, asswipe–I’m sure you know somebody with my phone number, if you’ve got a problem with me grow some balls to go with your vienna sausage and say it to me directly–but that wouldn’t go well for you, would it?

BREAKING NEWS: Lying shit stirrer @JoeyRyanOnline has announced he will NOT leave the indies–he has no choice, nobody will take him–and will continue to crisscross the country asking people to grab his crotch & getting puked on by other play rasslers.

Cornette then spent the next few hours retweeting people who went through Joey Ryan’s Twitter account scouring for any “offensive” comments he has ever made.

Don’t worry, those old dinosaurs are becoming extinct to make room for the new evolved ones like yourself.