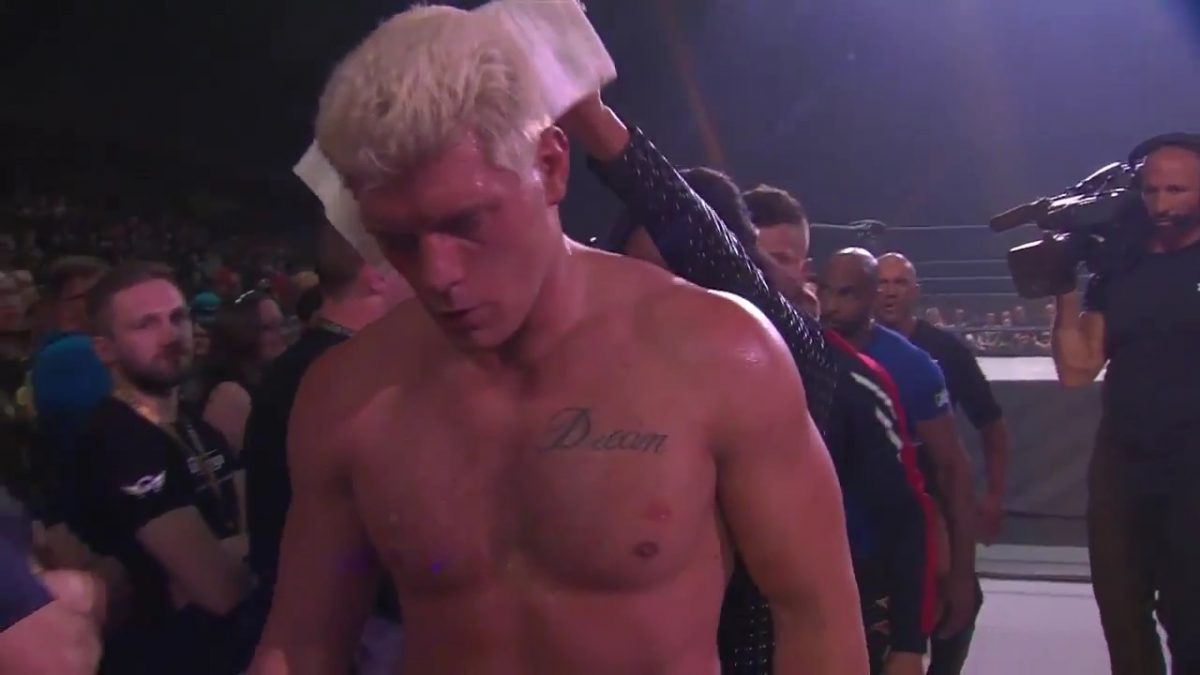 Cody Rhodes posted an update on the injury that he suffered from being smashed in the head with a chair at Fyter Fest on Saturday.

Cody said that he has 10 “legit” staples in the back of his head from the chair shot by Shawn Spears, which left him bloodied.

Both The Young Bucks and AEW president Tony Khan claimed that the chair was “gimmicked” and the seemingly unprotected chair shot should have been safe(r), but the top portion of the chair appeared to hit the back of Cody’s head, which caused the gash.