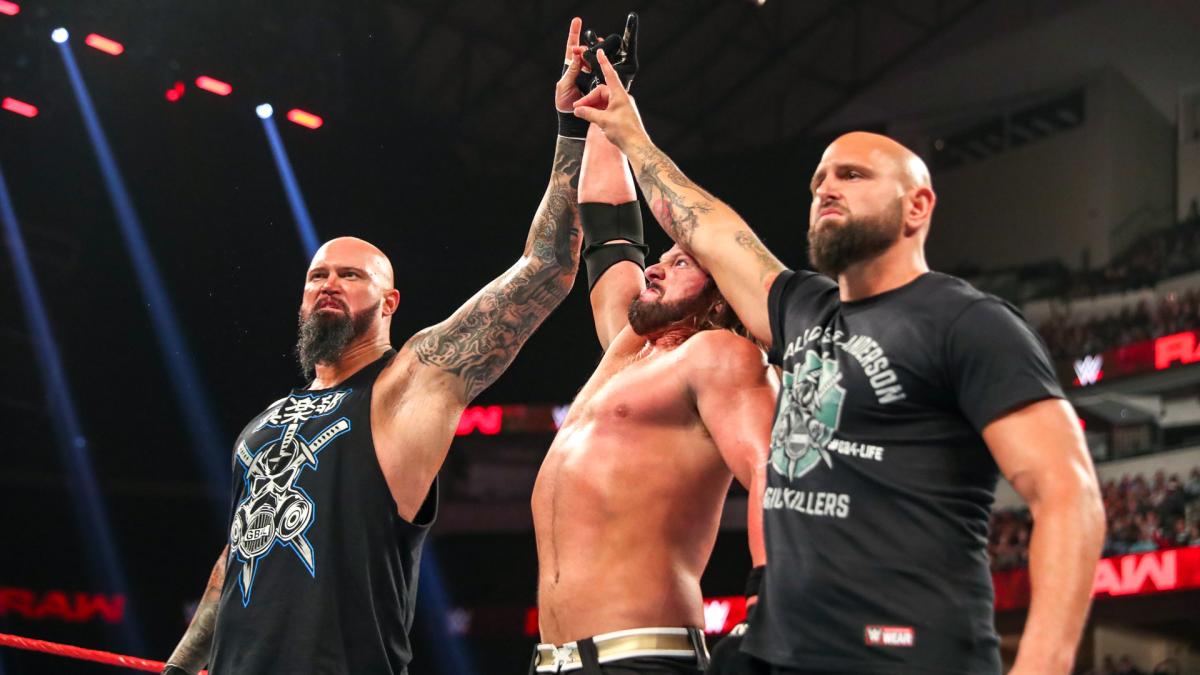 As noted before, Luke Gallows and Karl Anderson reportedly have signed new five-year contracts with WWE.

PWInsider’s Mike Johnson reported that Gallows and Anderson signed new deals with the company after being satisfied with the monetary amount offered, stated to have been “ridiculously amazing,” and promises of a meaningful new push as a group with AJ Styles. Johnson also reported that several companies, including New Japan Pro Wrestling and All Elite Wrestling, had shown interest in potentially signing the team had they been available on the market.

It was also reported Gallows and Anderson had plans to start a new wrestling podcast, but those plans appear to have been halted at least for now due to their recent signings with the company.

As noted before, Sasha Banks has been away from WWE since WrestleMania 35 due to issues regarding the direction of her career in the company and booking issues involving the Women’s Tag Team Championship. WWE reportedly held a meeting with Banks in late May to try to resolve her issues while Banks herself has been working on new content for this year’s WWE 2K20 video game.

PWInsider’s Paul Johnson reported that for what it’s worth, Banks has been locally advertised for the July 22nd episode of RAW in Tampa Bay, Florida. Nikki Cross also recommended that Bayley “get a friend” on Raw, which has led to speculation that Sasha’s return could be coming soon.

As noted before, WWE reportedly recently cancelled several events for their upcoming European tour this November due to scheduling issues related to their next Saudi event.

WWE reportedly have recently cancelled two more events from November’s European tour, according to the Wrestling Observer. Dave Meltzer reported that these two events were the November 3rd show Florence and November 4th show in Milan, Italy. It was also reported that the official reason for these cancellations is due to recent scheduling changes made by the Saudi Arabian government for the date for the next WWE event in their country.