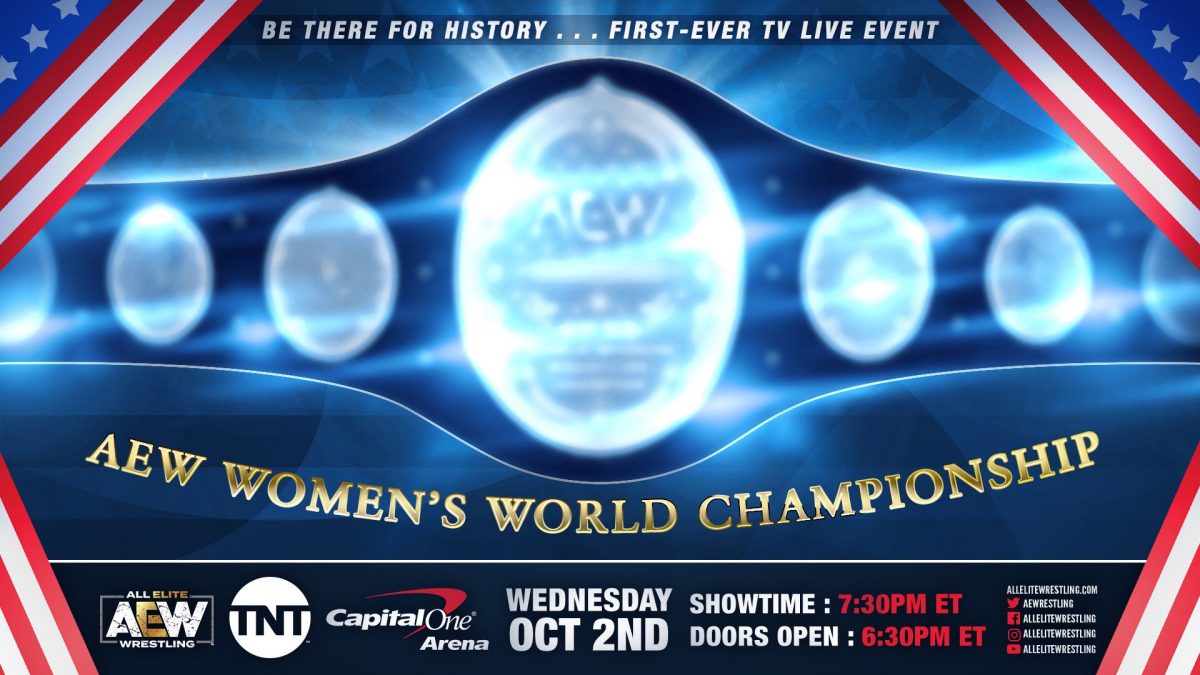 AEW announced today that they will crown the first AEW Women’s World Champion at their first TNT show on October 2 in Washington, DC.

#BreakingNews … As reported by Sports Illustrated's @JustinBarrasso @AEWrestling will crown the FIRST #AEW Women’s World Champion when @AEWonTNT debuts in Washington, DC at the @CapitalOneArena.
Tix go on sale TOMORROW at Noon ET / 9am PThttps://t.co/ZabEWdxcLg pic.twitter.com/gtjoklEr0k

“The championship will be treated with the utmost respect and prestige,” Brandi Rhodes said to Sports Illustrated. “We hope to inspire future female wrestlers to dream of holding such a meaningful title.”

Brandi also said that more details about the title, including the wrestlers who will be competing for it, will be revealed on the next episode of “Road to All Out” this Wednesday at 8 PM ET on YouTube.

It was previously announced that the Women’s Championship belt will be unveiled at All Out on August 31.

AEW president Tony Khan also said in June that there would eventually be Women’s Tag Team titles down the line.