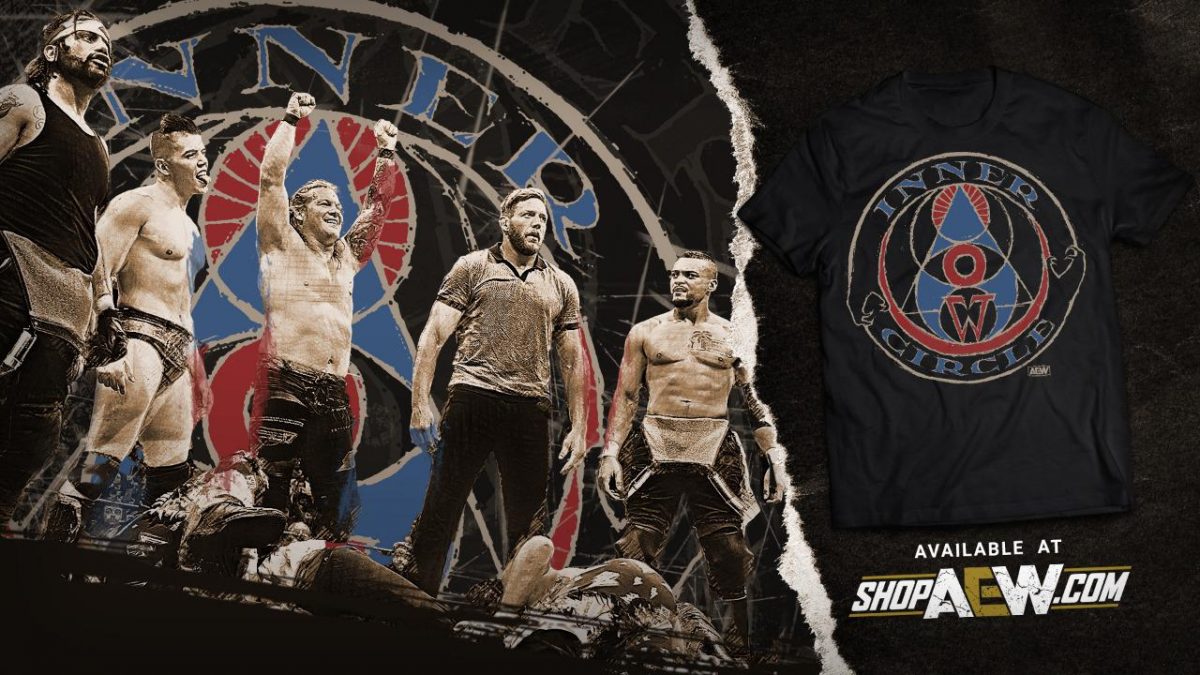 Announced for next week’s Dynamite episode from Philadelphia:

“The Inner Circle” is the name of the stable of Chris Jericho, Jake Hager, Sammy Guevara, Ortiz & Santana.

Jericho introduced them in an amazing promo tonight on Dynamite, where he also shut down Jake Hager’s old “We the People” gimmick.

Chris Jericho on his “Inner Circle” and “We the People” chants… #AEWBoston #AEWonTNT #InnerCircle pic.twitter.com/mR8LUPeC9h

Britt Baker suffered a black eye, apparently at the hands of Bea Priestley. The two brawled tonight after their tag match, in which Baker teamed with Riho and Priestley teamed with Emi Sakura.

Baker also suffered a concussion at Fight for the Fallen in July when Priestley kicked her in the head.