AEW: Jake Hager Has Been Signed for a While, No Schiavone at Next PPV, Dark Matches 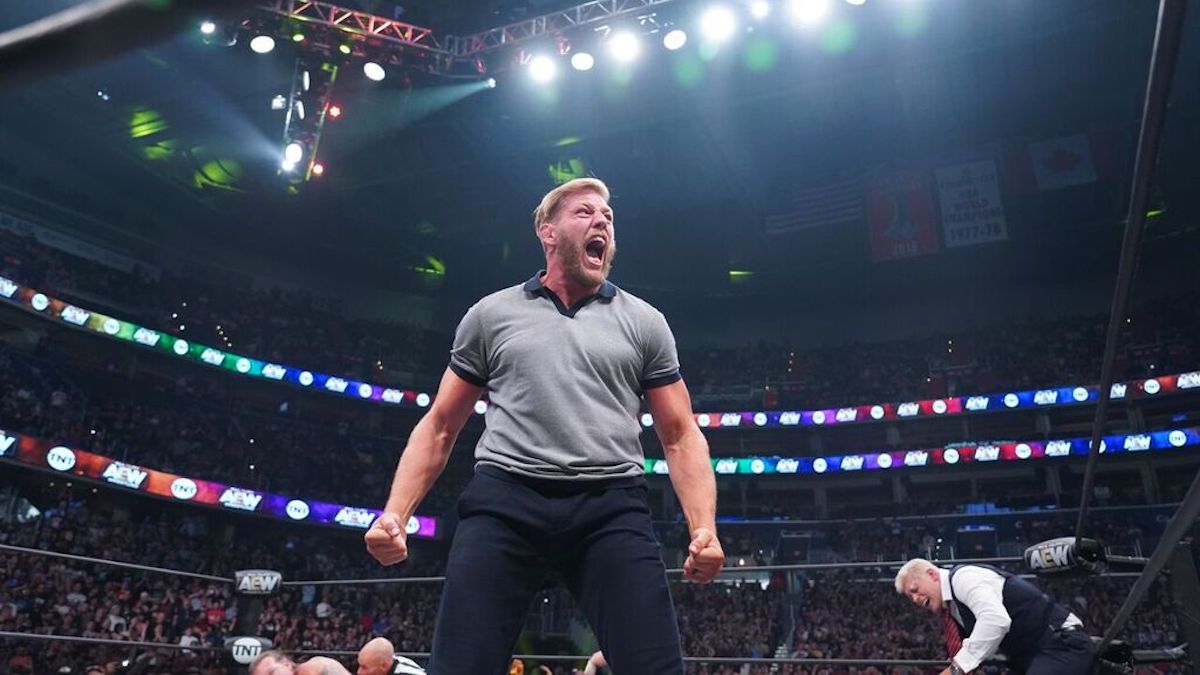 Jake Hager made his AEW debut last night on Dynamite, but he’s been signed since before All Out, Tony Khan said in a press conference after Dynamite last night.

Khan also said that Hager will continue to train and fight for Bellator.

Tony Schiavone won’t be on commentary for AEW’s next PPV, Full Gear on November 9, because he has prior commitments scheduled. He’ll be replaced again by “Goldenboy” Alex Mendez.

Tony Khan made that announcement at the post-show press conference last night.

Khan also said that Alex Marvez has been doing a lot of the research and notes for the current commentary team.

There were four dark matches at Dynamite last night.

Khan also said that the plan is for Dynamite dark matches to be available to watch somewhere in the future, but didn’t give any details yet.