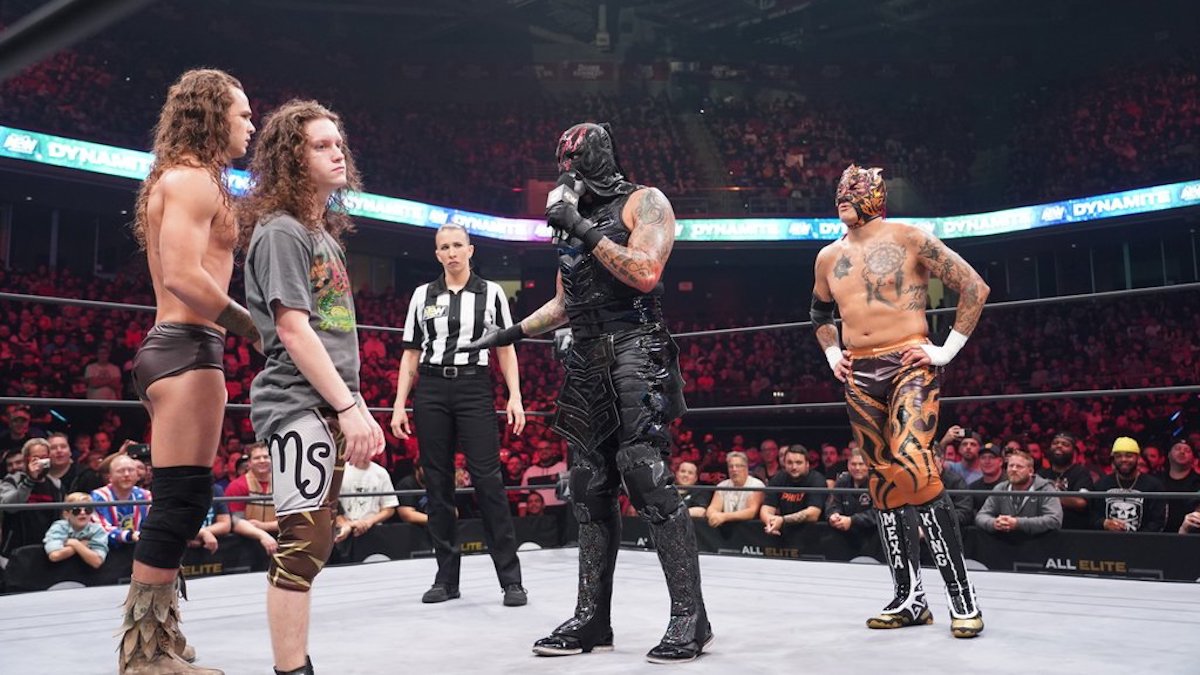 Luchasaurus went down with a torn hamstring just two hours before Wednesday’s episode of AEW Dynamite. He and Jungle Boy were scheduled to face the Lucha Brothers in the AEW Tag Team Championship tournament. When he went down, fellow Jurassic Express member Marko Stunt was asked to step in for his AEW TV debut, with just two hours to prepare, and ended up putting on a great, really fun match.

I wasn’t originally supposed to be there this week. Luckily, for some reason, they asked me to come in this past Friday, and I was going to be on AEW Dark this coming Tuesday.

In a very unfortunate situation, Luchasaurus was injured just 2 hours before the show, and they asked me to step in. The most nervous and uncomfortable I’ve been was right there at that moment. I was being asked to step in the ring with two of the best on 2 hours notice, on national television, for my tv debut.

Despite any of that, myself and jungleboy went out there and gave it our all, and we hung with, quite possibly, the best tag team out there. We proved why we belong.

Yeah, there’s still people that don’t like it, and don’t think I should be there, and that’s fine. I’m still there, and there’s nowhere to go but up from here!

Thank you to the ones who have actually supported me through this absolutely nuts journey!

Stunt was originally scheduled to wrestle against Joey Janela on AEW Dark, according to PWInsider. Janela wrestled Brandon Cutler instead.