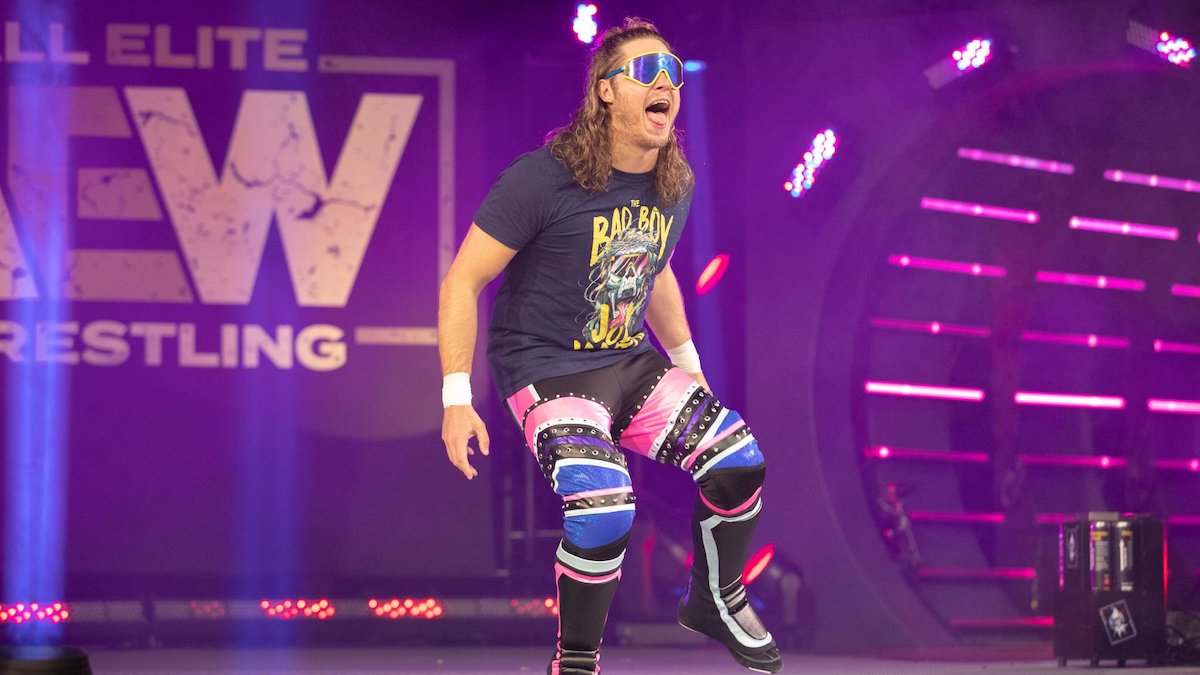 Joey Janela had the internet wrestling community talking yesterday when he tweeted and deleted the following tweet:

Didn’t get on my flight for @AEWrestling Dynamite tonight, I’m not going…. Nothing was addressed about the way I was eliminated from the match last week, I’m losing all the steam I created on my own through 14 years of hard work, right these wrongs and answer the phone..

Janela was not on Dynamite tonight in Chicago, but he did appear at his old indie stomping grounds, at a show for Game Changer Wrestling in Philadelphia. Janela grabbed the mic and said that he’s still having fun in AEW and isn’t going anywhere, then he answered an open challenge from Jon Moxley (that Moxley issued tonight on Dynamite) for next week on AEW Dynamite.

On national TV, they don’t let me say whatever the fuck I want and they don’t let the bad boy do whatever he wants. But the thing is, I’m still having my fun in All Elite Wrestling and I ain’t going fucking nowhere. But I feel like it’s time for me to walk in front of the line, skip everyone in that line and say listen, I am your motherfucking king. I am a motherfucking God. I am the bad boy Joey Janela and I do as I please.

Next week on AEW Dynamite, I want the main event. I’m answering your fucking open challenge, Jon Moxley. It’s time for me to go on national TV and do what I’ve done this entire time, and that’s change the motherfucking game.

Matt Knicks, who jobbed to Cody Rhodes tonight on Dynamite, is a wrestler who works for Pro Wrestling Tees and helps print every AEW logo shirt and hoodie for AEW.

(Swipe Left) You saw him job to @americannightmarecody tonight on AEW Dynamite but what you probably don't know is he was one of the first 10 wrestlers to ever sign up for PWTees 6.5 yrs ago and actually is the guy who prints every AEW logo shirt and hoodie for PWTees. Show him some love, buy a shirt of his during Black Friday! prowrestlingtees.com/mattknicks @themattknicks