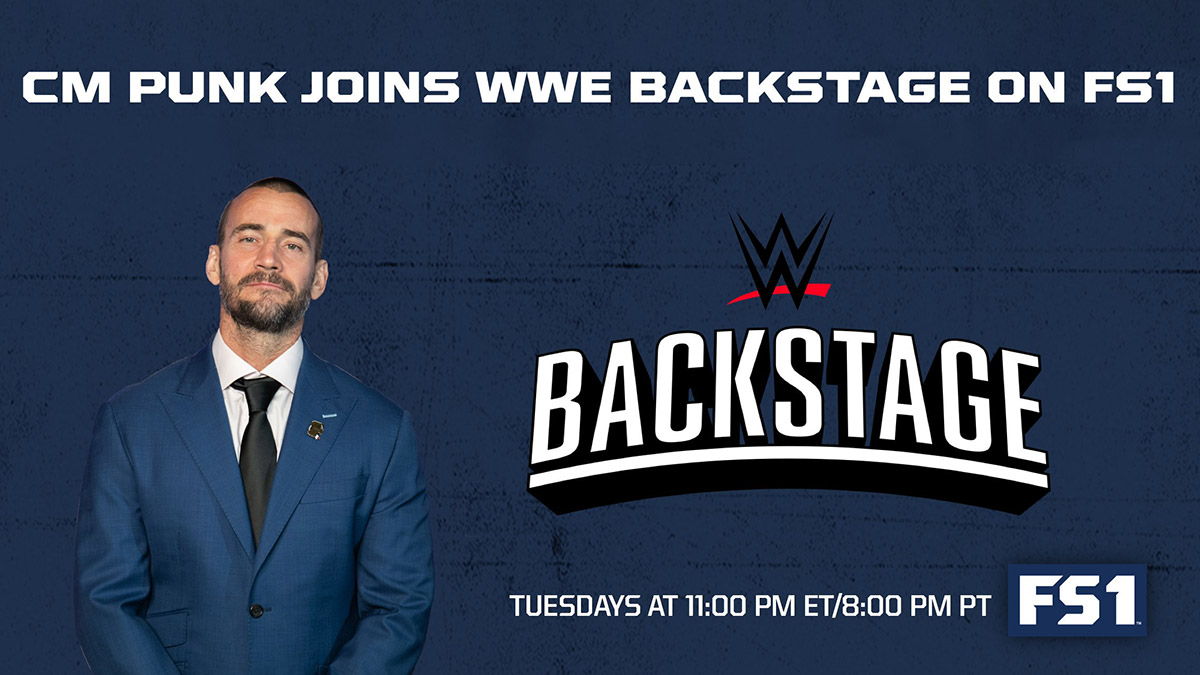 CM Punk appeared on tonight’s episode of WWE Backstage on FS1 and will be appearing on the show “periodically” going forward, WWE on FOX announced.

Your chants have been answered!@CMPunk just showed up on #WWEBackstage on @fs1 – he’ll be appearing periodically on the show beginning next Tuesday night at 11pm ET! pic.twitter.com/kurMv2wr0k

Punk was introduced at the end of tonight’s show, came out to “Cult of Personality” and said, “It’s as simple as this. Just when they think they’ve got the answers, I change the culture. I’ll see you here next week.”

Punk will be a FOX employee and not a WWE employee. But according to PWInsider, WWE gave their personal blessing for the FOX deal.

Punk’s WWE run ended poorly with him walking out in 2014.

BREAKING: CM Punk appears on #WWEBackstage on @FS1 and says he'll be back next week. https://t.co/XRujmXuRMl

Punk had a tryout for the show in September for the role of an analyst. The deal was finalized in just the past few days after some back and forth, according to PWInsider.

PWInsider added that no one on camera knew that he would be appearing other than Renee Young in order to prevent the news from leaking.