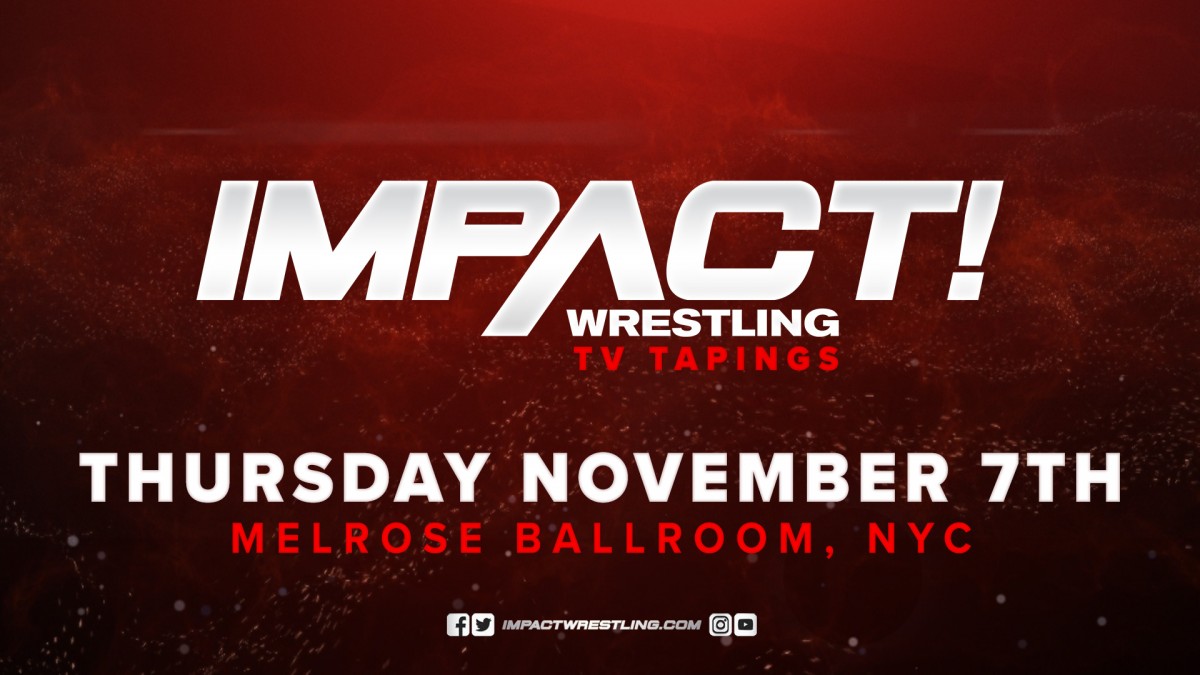 In-Ring: ODB, Taya Valkyrie – Josh Mathews brought out ODB, who talked about her food truck burning down and how it was devastating, then thanked fans and Impact for donating to her for a new truck. Taya Valkyrie then came out and insulted her and said that she would donate to her so that she can buy a fire extinguisher to stop her truck from burning down like her career. ODB then attacked her and Jon E Bravo pulled her to safety.

Brian Cage vs. Eddie Edwards was no contest when Michael Elgin ran in and attacked both men, leading to a three way…

Fallah Bahh defeated Raj Singh via Bonzai Splash. Desi Hit Squad attacked Bahh after the match, but TJP made the save.

In-Ring: Rob Van Dam, Tommy Dreamer, Rhino – RVD came out with girlfriend Katie Forbes and they made out in the ring. RVD talked about other wrestlers in the industry ripping him off and all wanting to be RVD. Tommy Dreamer came down and suggested that RVD and Rhino settle their differences in the ring, with Dreamer as the referee. RVD said that Dreamer is living in the past and the ECW nostalgia is holding him back. He said he has to think of himself because he has his girlfriend and his girlfriend’s girlfriend to take care of. He tries to walk away, but Rhino attacks him at the ramp and security breaks it up.

ODB defeated Taya Valkyrie in a non-title match. Jon E Bravo got on the apron, but was pulled down by Jordynne Grace. Taya was distracted and got rolled up by ODB.

Ace Austin & Reno Scum defeated The Rascalz via roll up.

Rob Van Dam defeated Rhino via Five Star Frog Splash in a hardcore match with weapons involved. Tommy Dreamer was the guest referee. After the match, RVD shook Dreamer’s hand, but then nailed him with a kick.

Jordynne Grace defeated Tenille Dashwood via crucifix pin. Taya Valkyrie attacked Grace after the match, but Dashwood made the save.

Tessa Blanchard defeated Madman Fulton by DQ when oVe ran in and attacked Tessa. Ken Shamrock ran in for the save and took out the Crists, then faced off with Fulton, but Sami Callihan came out and stopped Fulton from fighting.

Impact World Championship: Sami Callihan (c) defeated Ken Shamrock via ankle lock. The referee was taken out when Callihan pulled him in front of him as Shamrock hit a splash in the corner. Shamrock locked on the ankle lock, but there was no ref. Madman Fulton came out and attacked Shamrock and hit him with a DDT. Callihan then locked on an ankle lock and Shamrock didn’t respond, so the ref, who came to, ruled it a submission victory. After the match, Fulton picked up Shamrock and tossed him from the ring to the outside in what was said to be a crazy bump. Callihan said “no more” and Fulton backed off from further attacking Shamrock.