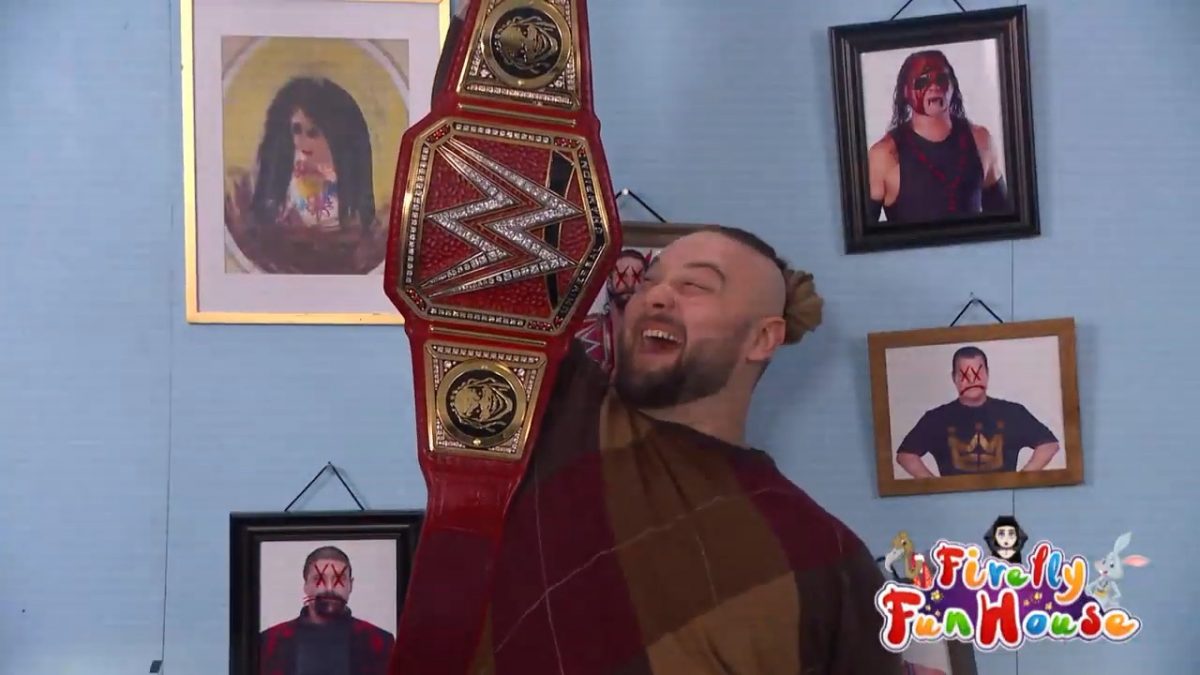 Bray Wyatt was on WWE Backstage on FS1 tonight with a new Firefly Fun House video. WWE advertised that he was going to reveal a “personal touch” on the Universal Championship belt, but it was just new side plates with The Fiend on them.

Tyson Fury will be on Friday’s SmackDown, according to PWInsider. The show will be taped earlier in the day in Manchester, England.

Fury will also be a guest on WWE’s “After the Bell” podcast with Corey Graves today (Wednesday).

WWE announced that The Revival will defend the SmackDown Tag Team titles against The New Day this Friday on SmackDown. The match was originally supposed to happen last week, but didn’t because of the Saudi Arabia plane situation.

Also announced for Friday is Roman Reigns vs. Baron Corbin, which was also supposed to happen last week.