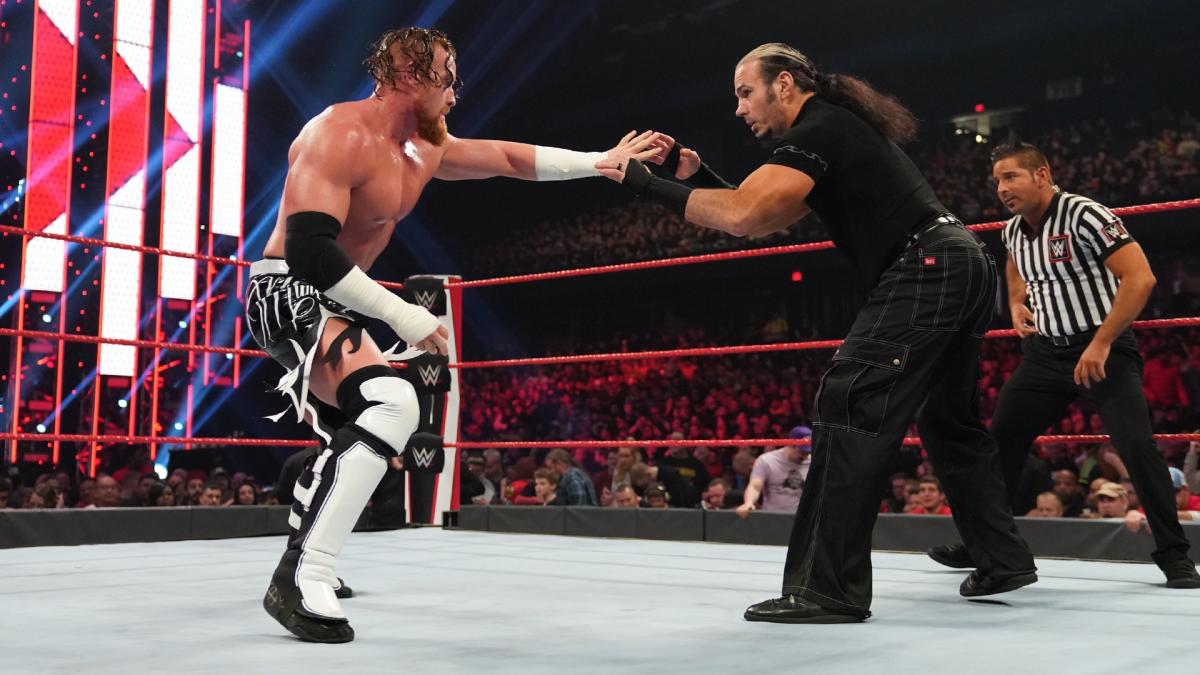 Matt Hardy made his return to WWE TV tonight on Raw for the first time since June 7, when he wrestled in a 50 man battle royal at Super ShowDown. Before that, he last appeared on TV in April, when the Hardy Boyz had to vacate the SmackDown Tag Team titles after Jeff Hardy suffered a knee injury.

Matt came out as Hardy Boyz Matt Hardy on Raw, using the Hardy Boyz theme, and he lost to Buddy Murphy.

After the match on Twitter, Matt said that he’s “going through a tough, confusing period of life right now.”

Thanks for all the love from around the world regarding my #RAW appearance tonight.. I AM GRATEFUL.

I’m going through a tough, confusing period of life right now & I appreciate your support. https://t.co/4HhiieVOyH

WWE said that Bray Wyatt will “reveal a new face in the Firefly Fun House” this Friday on SmackDown, presumably a new puppet.