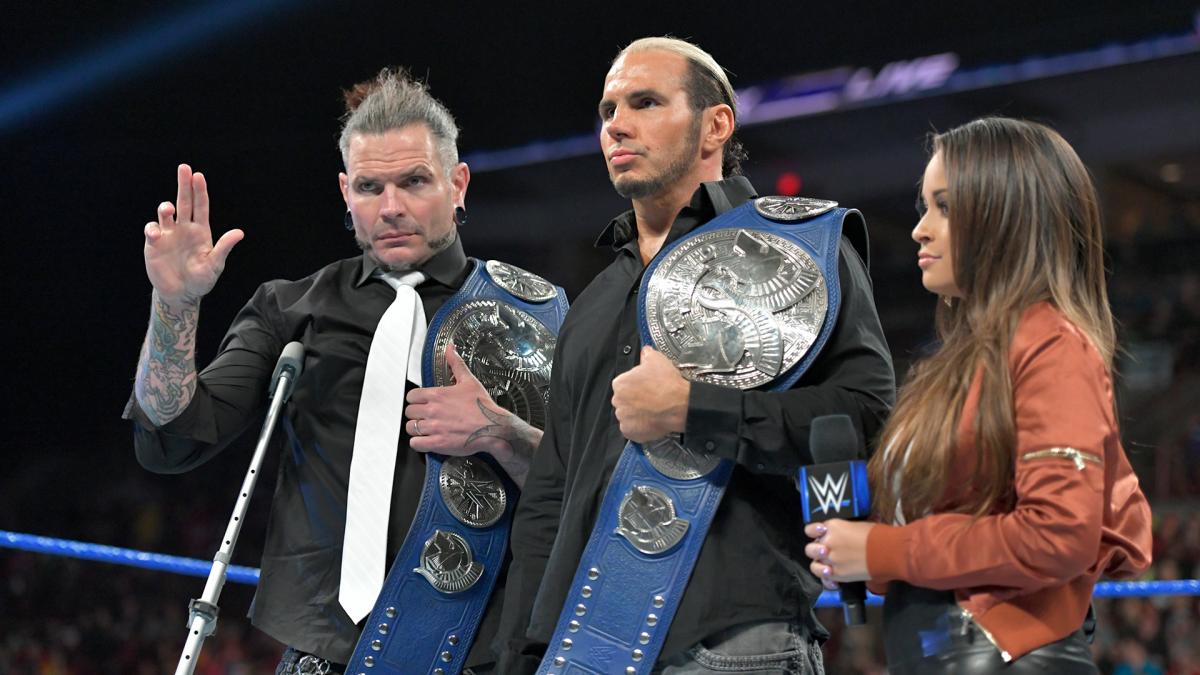 On tonight’s SmackDown, Jeff Hardy announced that he is injured and will need to undergo surgery. As a result, the Hardys said that they must vacate the SmackDown Tag Team Championships. (Update below: He will be out for 6-9 months.)

Jeff came out on a crutch and said, “I’m unable to walk on my own because of Lars Sullivan and now I need surgery and I’m gonna be out for a long time.”

Matt said, “Therefore, it breaks my heart to have to say this but as of right now, the Hardy Boyz must give up the SmackDown Tag Team Championships.”

Jeff continued, “By no means is this the end of our journey. It kills me to know that I’m the reason we never even got to defend those titles.”

Lars Sullivan then interrupted and attacked Matt then turned his attention to Jeff, but R-Truth made the save, though he was ultimately also destroyed by Lars.

Though the injury was blamed on Lars Sullivan in the storyline, Jeff actually suffered a right knee injury at a house show last Saturday in Madison, WI and he’s expected to undergo legit knee surgery.

In an interview posted by WWE after SmackDown, Jeff said that he’s going to be out for 6-9 months and will be having his “whole right knee repaired.”

My knee has been weak for a while, but Lars just put the finishing point on it. Now I’m gonna be out for 6-9 months.

Surgery in a couple of days, I’m gonna have my whole right knee repaired. Everything in there that’s bad. So for 6-9 months it’s gonna be rough. And hopefully the first four months go extremely well.

It’s a bummer but at the same time, I needed a new knee. There was a lot of wear and tear on it. I’m pretty confident I’m gonna come back better than I have been in gosh, four years.