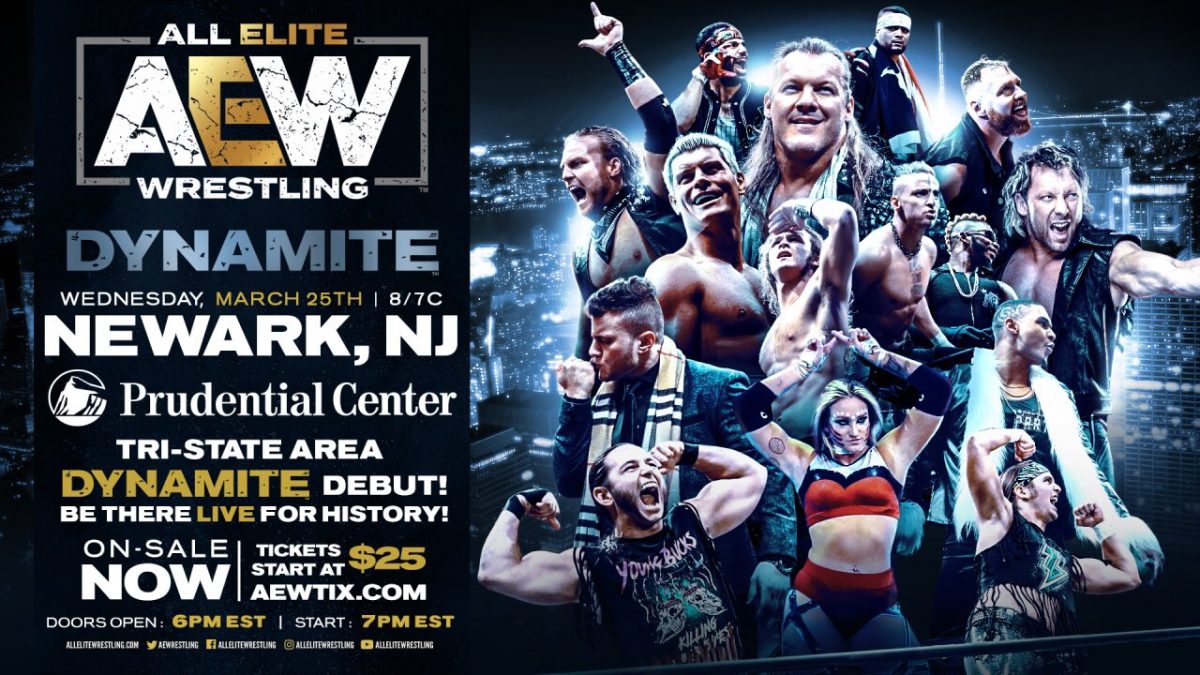 AEW Dynamite on March 25 at the Prudential Center in Newark, NJ has sold over 10,000 tickets after going on sale to the general public on Friday at noon ET, according to Dave Meltzer. Pre-sale tickets went on sale on Thursday.

This was essentially AEW’s NYC-area debut. Cody Rhodes hinted that “politics” may have had something to do with them not running a show in NYC proper. WWE frequently runs shows in Madison Square Garden in Manhattan and the Barclays Center in Brooklyn and in the past has tried to keep other promotions out of those venues.

Thank you Prudential Center for bypassing politics & nonsense and just giving the Jersey/NY fans what they want! I can’t wait.#MerryChristmas https://t.co/DbbRibAz1Z

During tonight’s Hard Times PPV, the NWA announced that their next PPV will be the Crockett Cup some time in April 2020.

Impact announced that D’Lo Brown and Ken Anderson will appear at the one-night-only TNA revival show, TNA: There’s No Place Like Home on Friday, April 3.

D’Lo Brown currently works in Impact as a producer/coach, while Anderson wrestles regularly in the NWA.

BREAKING: @dlobrown75 and @mrkenanderson representing the Aces and 8s have been officially announced for TNA: There's No Place Like Home on April 3rd as part of @wrestlecon!