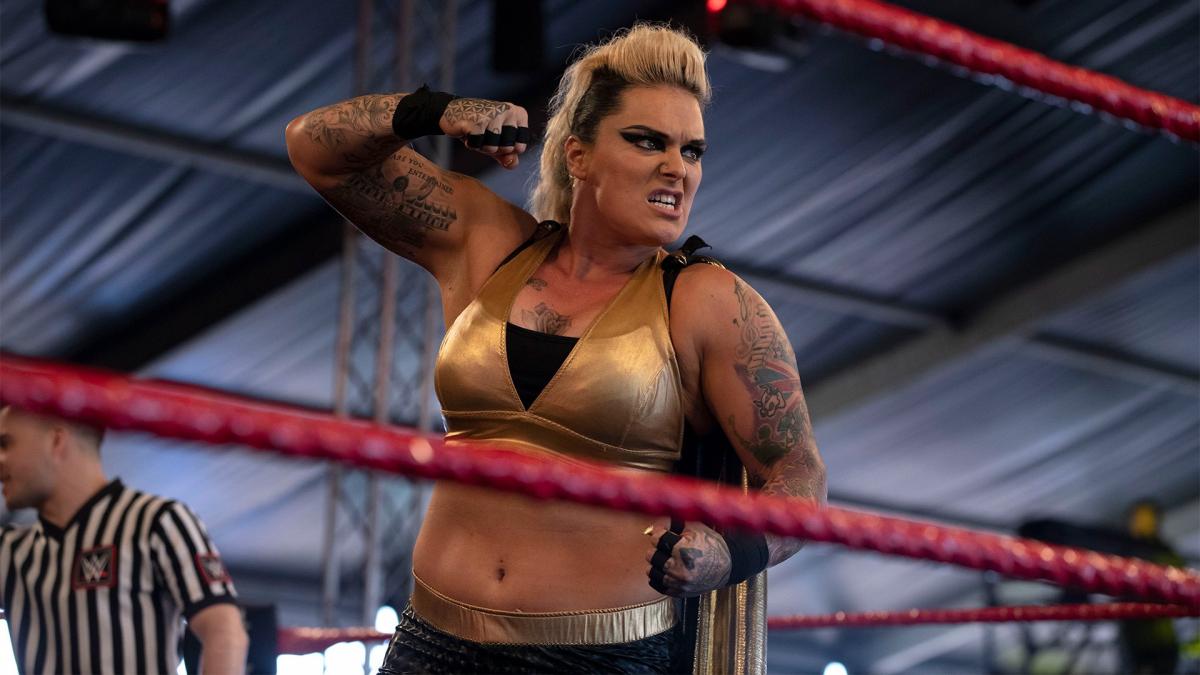 Jazzy Gabert Comments on Her WWE and NXT UK Departure

WrestleTalk held a recent interview with Jazzy Gabert and one of the topics discussed included the reasons for her recent departure from WWE and NXT UK.

“I’m grateful for the opportunity that WWE gave me. I was immensely privileged to train with legends like William Regal, Johnny Saint, Robbie Brookside, Shawn Michaels and others who came to the Performance Center in London.

I was blessed to make my debut at Blackpool and witness how the NXT UK superstars performed on a high level with so much passion. I was also really happy that I got TV time almost every week; of course some could say it was not a good storyline I was placed in, but I honestly was just happy to be out there at all and I tried to make the best of it.

As we had only TV tapings about every 4 to 6 weeks, I was able to do a lot projects outside of wrestling and I found the world of entertainment in Germany. I was on dating shows, game shows, talk shows and got to do lots of fun things in TV. In the Summer, I was really lucky and got an offer to tour with a German rockstar, Udo Lindenberg, and we went on tour for 3 months, 28 shows, every time in front of 15,000+ fans. In between all of this I had the NXT UK tapings.

On tour I realized that I want more for my life and I got the confidence that I’m able to do more, and for 202o, Udo Lindenberg asked me if I can come on tour again and a reality TV show offer came [in also]. Unfortunately, these projects would cross the schedule from NXT UK and I had to make a decision, because working all of these projects at once wouldn’t work. As I couldn’t see myself moving on or up in terms of storylines, I had to ask for my release. So it was completely my decision and I’m happy about it. I always wanted to work for WWE and I’m happy that I can tick that box. Of course, would I have loved to be a champion, for sure, but my heart tells me it’s time to move on.”

As noted before, Becky Lynch made an appearance during this past Tuesday’s episode of WWE Backstage on FS1 and said that she felt it was time for WWE to stop treating their women’s division as a separate entity and start treating all of their wrestlers as the same regardless of gender.

Lynch clarified her comments on Twitter, explaining why she felt WWE’s usage of the “women” term was holding back their women’s roster from achieving equal success as their men’s roster.

New Japan Pro Wrestling announced that they have pulled Kota Ibushi from their The New Beginning USA 2020 tour, which starts this Friday, due to Ibushi recently falling ill from type-A influenza.

A new wrestling autobiography book based on The Young Bucks reportedly is currently in production, according to PWInsider. This book is titled The Young Bucks: Killing the Business from Backyards to the Big Leagues and currently has a scheduled release date of September 29th.