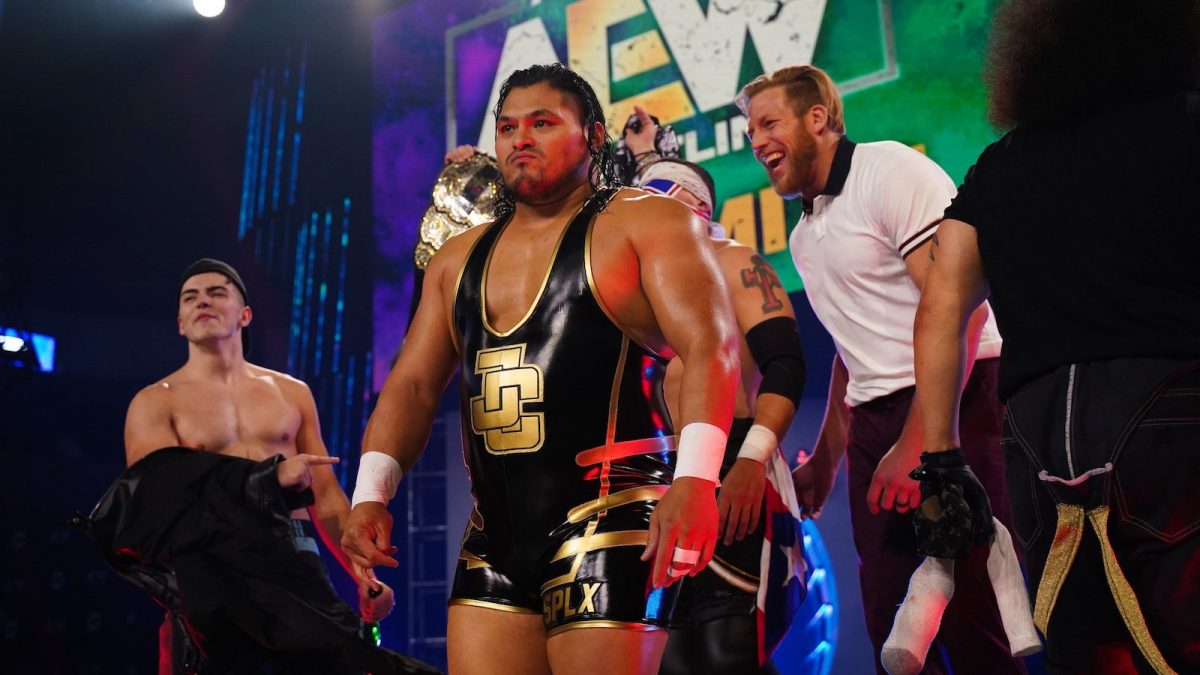 Jeff Cobb made his AEW debut tonight, attacking Jon Moxley, and he will wrestle against Moxley next week on AEW Dynamite.

Chris Jericho first announced that Cobb was coming to AEW in a backstage interview segment tonight on Dynamite, saying that he “scoured the globe looking for an assassin, a hit man, a bounty hunter to tear [Jon Moxley] apart limb from limb” and Moxley would be facing Cobb next week on Dynamite.

Later in the night, at the end of the show, the Inner Circle beat down on Moxley in the ring and Jeff Cobb came out to his own theme music and hit Moxley with his finisher, the Tour of the Islands, and stood over his body as the show went off the air.

The Inner Circle + Jeff Cobb all over Moxley #AEWDynamite pic.twitter.com/T61i3vhjtM

In the tweet above, AEW’s Twitter account said, “Jeff Cobb is all elite. Welcome to AEW.” That usually indicates that a wrestler has signed with AEW, but according to PWInsider, Cobb had not officially signed an AEW contract as of around 9 PM ET.

That could quickly change though because Cobb is a free agent. His Ring of Honor contract expired on January 1 and he is free to sign anywhere.

Despite that, Cobb has continued to wrestle for ROH and NJPW without a contract. He is also booked for ROH’s Supercard of Honor show on April 4. ROH just announced that match tonight and tweeted about it after he was announced on Dynamite.

This also doesn’t mean that AEW has formed any talent-sharing relationship with ROH or NJPW, since Cobb is a free agent.