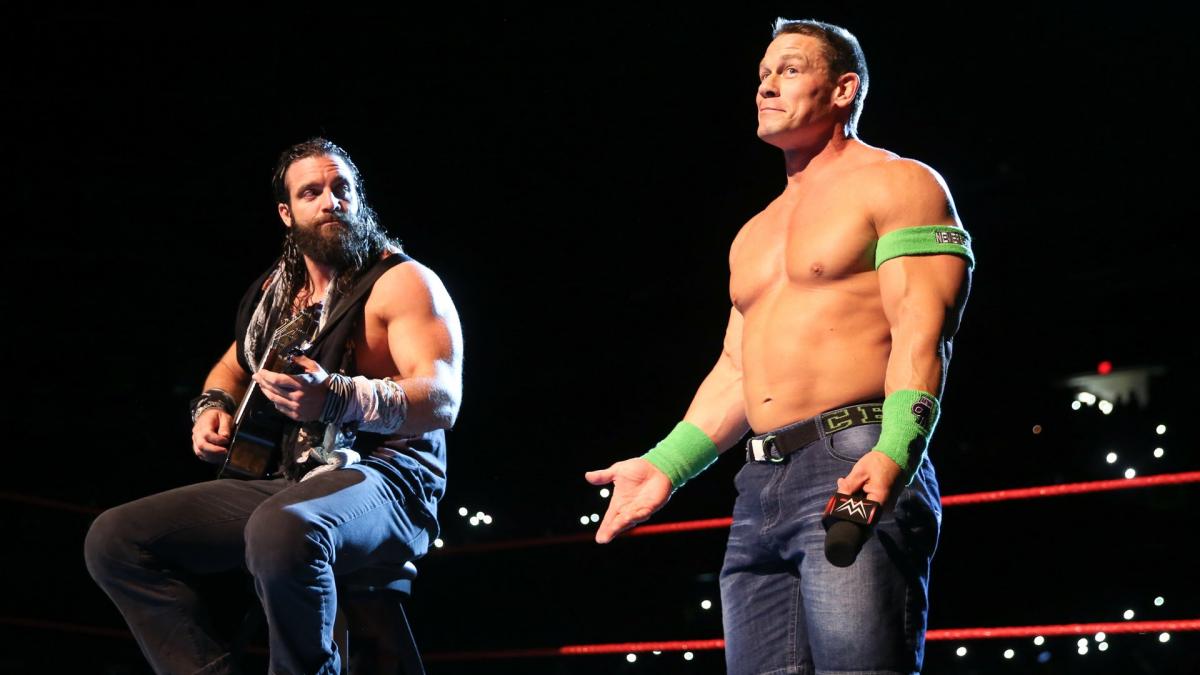 WWE’s plan as of right now is for John Cena to wrestle Elias at WrestleMania, according to Dave Meltzer on Wrestling Observer Radio.

Meltzer said that that’s what his sources told him, but he almost can’t believe it because of how “underwhelming” it seems. “It’s not like I don’t believe it because I know it’s probably true, but I can’t believe it. Put it that way. It’s so underwhelming it’s ridiculous and absolutely confusing and makes no sense,” he said. He added that he feels like someone in WWE might “wake up and go ‘what the hell is this?'” and the match could change. But as of now, that’s the match listed.

WWE’s logic is that Elias would “get the rub” from losing to Cena.

Cena will be on the February 28 SmackDown to likely set up his WrestleMania appearance.

Cena was in a segment with Elias at WrestleMania 35 last year, interrupting Elias’s performance, rapping at him, and hitting him with an AA.